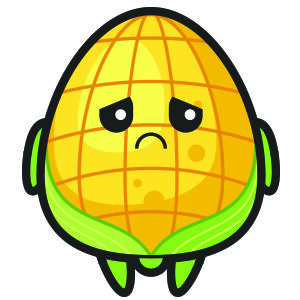 Farming in the United States is a tough profession for anyone. You’re always at the mercy of Mother Nature for whether you have a good harvest or your crop is destroyed. The life is made even more difficult for Black farmers who have faced discrimination from the time of emancipation—a bias that still echoes today.

In 1965, the U. S. Commission on Civil Rights found that the U.S. Department of Agriculture (USDA) and Farmers Home Administration (FHA), “may have hindered the efforts of Black small farm operators to remain a viable force in agriculture” failing to “provide equal opportunities in farm credit programs.”  The USDA, a federal agency that supports farmers and farming, has admitted to discriminating against Black farmers. In 1997, the USDA published a report, titled, “Civil Rights at the United States Department of Agriculture,” which detailed the agency’s history of discrimination.

The consequences of that unfair treatment for Black farmers were severe and still reverberate today. According to a recent USDA census, of the 3.4 million farmers in the U.S., only 37,000 are Black. In 1910, that number was approximately one million. Because of decades of racial discrimination, unfair lending and land ownership policies, researchers from Harvard University estimate that Black farmers lost approximately 90% of their land between 1910 and 1997. That loss, researchers say, amounts to a financial loss of between $250 to $350 billion.

Immediately after the Civil War ended, Union General William T. Sherman and Secretary of War Edwin M. Stanton met with 20 leaders of the Black community in Savannah, Georgia on January 12, 1865 to ask what they wanted in terms of compensation for what they had endured. The newly freed slaves wanted land. The spokesman for the group was Rev. Garrison Frazier, a former slave who bought his freedom in 1857.

“The way we can best take care of ourselves is to have land and turn it and till it by our own labor,” Rev. Frazier said, according to transcripts of the meeting. “We can soon maintain ourselves and have something to spare.”

When asked whether the newly freed slaves would rather live in colonies of their own or among the whites, Rev. Frazier said, “I would prefer to live by ourselves, for there is a prejudice against us in the South that will take years to get over.”

The government seized 400,000 acres of Confederate-owned land, and General Sherman issued his famous Special Field Order No. 15, commonly known as the “40 acres and a mule” policy, four days later. The order stated: “The islands from Charleston, south, the abandoned rice fields along the river for thirty miles back from the sea, and the country bordering the St. Johns River, Florida, are reserved and set apart for the settlement of the Negroes now made free by the acts of war and the proclamation of the President of the United States.” The order went on to state “…each family shall have a plot of not more than (40) acres of tillable ground…” There was actually no mention of mules in the order; however, some families received leftover Army mules, which is where the common name comes from. By the spring of 1865, more than 40,000 former slaves had settled on the seized land.

The promise to the nearly four million former slaves, however, was short-lived. In the fall of 1865, President Andrew Johnson, who succeeded to the presidency after President Lincoln’s assassination, overturned Special Field Order No. 15, giving the land back to the original white owners and evicting thousands of freed slaves.

In The Root, an African American online magazine, noted historian and filmmaker Henry Louis Gates Jr. wrote, “Try to imagine how profoundly different the history of race relations in the United States would have been had this policy been implemented and enforced; had the former slaves actually had access to the ownership of land, of property; if they had had a chance to be self-sufficient economically, to build, accrue and pass on wealth. After all, one of the principal promises of America was the possibility of average people being able to own land, and all that such ownership entailed.”

In 1867, House Speaker Thaddeus Stevens of Pennsylvania argued for a plan to distribute confiscated Confederate land to former slaves. “Withhold from them all their rights and leave them destitute of the means of earning a livelihood, and they will become the victims of hatred or cupidity [greed] of the rebels whom they helped to conquer,” Stevens said while defending his bill from the House floor. That effort failed.

For decades, Black farmers complained that they were not receiving fair treatment when they applied for farm loans or assistance from the USDA. In 1997, Timothy Pigford, a Black corn and soybean farmer from North Carolina, claimed USDA officials denied his loan application because he was Black.

The Pigford v. Glickman case evolved into a class action racial discrimination lawsuit with more than 400 other farmers. A one-billion-dollar settlement was reached and nearly 23,000 Black farmers, who were denied federal aid from 1981 to 1996, were eligible to participate. For the Pigford I case, thousands of Black farmers filed late and were not allowed to participate. Congress passed what came to be known as the 2008 Farm Bill, giving claimants the right to pursue their discrimination claims if they had been left out of the Pigford I case.

A second class action suit was launched in 2010. In Pigford II, also known as the Black Farmers case, more than 25 law firms helped thousands of Black farmers across the U.S. submit their claims within the 180-day timeframe deadline. Since many did not have access to the Internet, the attorneys went to them, meeting in person. The lawyers working on the case found locations within an hour’s drive from many farmers’ homes and organized 400 meetings with potential claimants across 24 states.

One of the attorneys who worked with Pigford II claimants was Eric Sanchez, Vice President of Strategy and Innovation at a Raleigh, NC law firm. Sanchez remembers working at one session, helping to sign in Black farmers.

“An older man came in. He put in his birthday, and he was 102 years old. He signed his name with an X. The three people who followed him were his son, his son’s son, and more. Four generations,” Sanchez recalls. “It’s seared in my memory the hurt, the deep wound, the indignity. This man’s legacy to his children was gone, the inability to pass his land down, and the subsequent generations trying to get land.”

Of the 39,000 submitted claims by Black farmers, 17,665 were approved. The successful claimants received $50,000 each plus an additional $12,500 to offset potential tax liability. For Sanchez, it seemed like too little, too late.

“$50,000 isn’t an insignificant amount, but you couldn’t use that money to buy back the land they lost,” Sanchez says. “I can’t think of any claimant who would have traded their land for it.”

In March 2021, more than $4 billion of debt relief was allocated to farmers of color, which included Black, Native American, Alaskan Native, Asian American, Pacific Islander and Hispanic farmers. The measure was met immediately with lawsuits in Wisconsin, Florida and Texas from white farmers alleging reverse discrimination.

Jeffrey Lay, a white farmer who grows corn and soybeans and is president of his county farm bureau, told The New York Times, “They talk about they want to get rid of discrimination. But they’re not even thinking about the fact that they’re discriminating against us.”

In defense of the Biden Administration’s plan, U.S. Secretary of Agriculture Tom Vilsack reported that of the $24 billion of COVID-19 stimulus set aside for farmers and distributed during the Trump Administration, only $20.8 million went to Black or socially disadvantaged farmers, the rest—approximately 99%–went to white farmers. In addition, a CNN analysis of USDA loan data revealed that 42% of Black farmers were rejected for direct loans in 2021, more than any other demographic. The percentage of white farmers denied direct loans for the same time period was nine percent.

“Over the last 100 years, policies were implemented that specifically twisted in a way that disadvantaged socially disadvantaged producers,” Secretary Tom Vilsack told The Washington Post. “There’s no better example of that than the COVID relief efforts. Billions of dollars went to white farmers, because the system is structured in a way that gives them significant advantages.”

In April 2021, President Biden also signed a $1.9 trillion COVID stimulus relief package. Of the $10.4 billion in the American Rescue Plan that supports agriculture, approximately $5 billion was set aside to help Black and other disadvantaged farmers. The money would provide debt relief as well as grants, training, education and help to buy land. That money is also being held up as lawsuits from white farmers make their way through the court system. In February 2022, a trial judge in Texas issued a ruling in one of the lawsuits.

In an article on its website, the Southern Poverty Law Center, a nonprofit legal advocacy organization, said: “Basically, the court has ruled that there is a time limit on how far back Congress can go to remediate intentional discrimination by the government. This has enormous implications for other kinds of reparations.”

For John Wesley Boyd Jr., a Virginia bean and grain farmer who is the founder of the National Black Farmers Association, it’s nothing new.

“Anytime in the United States, if there’s money for Blacks, those groups speak up and say how unfair it is,” Boyd told The New York Times. “But it’s not unfair when they’re spitting on you, when they’re calling you racial epithets, when they’re tearing up your application.”

Glossary Words
attenuated –-having been reduced in forces, effect or value.
emancipation — the release from slavery.
epithet — a word or phrase meant to demean someone.
overturned —in the law, to void a prior legal precedent.
remediate –provide a remedy to make right.
reparations — financial compensation.

This article originally appeared in the spring 2022 issue of Respect, the NJSBF’s diversity newsletter.