Selecting the Perfect Jury Without Bias 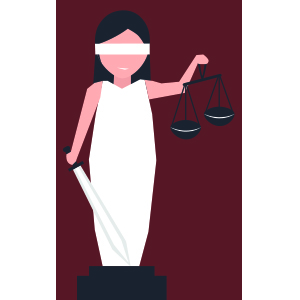 In general, attorneys—whether on the defense or prosecution—want to obtain a jury that is favorable to their side. The practice of jury selection, however, has come under scrutiny because of the potential for prosecutors to exclude jurors based on race.

The Court’s 7-2 decision reversed the conviction of Curtis Flowers, who was charged in 1996 with the murder of four people at Tardy Furniture in Winona, Mississippi. In the majority opinion for the Court, Justice Brett M. Kavanaugh wrote, “The state’s relentless, determined effort to rid the jury of black individuals strongly suggests that the state wanted to try Flowers before a jury with as few black jurors as possible, and ideally before an all-white jury. We cannot ignore that history.”

The history that Justice Kavanaugh is referring to is the fact that Flowers was put on trial six times for these crimes. Twice the result was a mistrial and four times the trial resulted in convictions that were later overturned by the Mississippi Supreme Court. It was the sixth trial in 2010, where Flowers was convicted and given a death sentence, which the U.S. Supreme Court examined.

In his opinion, Justice Kavanaugh noted that during the jury selection process in all six trials, Doug Evans, the Mississippi district attorney, used peremptory challenges to dismiss 41 of 42 African American jurors. In addition, Justice Kavanaugh said the prosecutor asked more questions of potential African American jurors than white jurors—an average of 29 for prospective black jurors and one to white jurors before they were accepted and seated on the jury. When Flowers was tried for the sixth time, the jury contained one African American and 11 white members.

The discussion surrounding cases involving possible bias in jury selection is centered on peremptory challenges. There are two types of challenges that attorneys can make when excluding a prospective juror from the jury. Attorneys can block or strike any juror for what is known as “cause.” That just means that there is something about the juror that would exempt them from service, such as he or she knows the defendant or cannot be objective in hearing the case for whatever reason. Challenges for cause are unlimited, but the attorney must explain to the judge the reason for the challenge.

Prosecutors and defense attorneys are also permitted what are known as peremptory challenges where they may exclude a potential juror without stating a reason. The number of peremptory challenges allowed in a criminal trial is limited and the number varies by state. For instance, in New Jersey the number depends on the seriousness of the crime but at most is 20 challenges for the defense and 12 for the prosecution.

The 1986 U.S. Supreme Court case of Batson v. Kentucky ruled that prosecutors could not use race as the basis for a peremptory challenge. In that case, James Kirkland Batson, an African American man, was convicted by an all-white jury in a Kentucky circuit court of burglary and receiving stolen goods. Lawyers for Batson claimed the prosecutor dismissed four African American jurors from the jury pool and in doing so violated the equal protection clause of the 14th Amendment and Batson’s right to an impartial jury. In a 7-2 decision, the Court sided with Batson.

“The state is not permitted to use its peremptory challenges to automatically exclude potential members of the jury because of their race,” the Court’s majority opinion stated. “The harm from discriminatory jury selection extends beyond that inflicted on the defendant and the excluded juror to touch the entire community. Selection procedures that purposefully exclude Black persons from juries undermine public confidence in the fairness of our system of justice.”

Under Batson, if one legal team believes the other is wrongly dismissing jurors based on race, it can file a motion requesting that the other side justify the dismissal. The prosecutor or the defense attorney can argue there was no racial bias in the jury selection process.

Despite the Batson doctrine, proving discriminatory intent in jury selection is hard to establish, Ronald Wright, a professor at Wake Forest University and a criminal law expert, explains.

“You have to prove the party was deciding on the basis of race,” Professor Wright says. In most instances, if the trial judge finds no Batson violation, the appellate court will likely uphold that ruling, he says.

“It’s a good thing they have a Batson doctrine and they enforce it dutifully,” Professor Wright notes. “But if your job is to prove a particular person on a particular day showed racial bias, our judicial system is not designed to go very far with that test. It will always be exception rather than the rule.”

Professor Wright contends that publishing statistics like the ones his study uncovered helps in making judges and prosecutors accountable for jury selection decisions and promotes public discussion on the issue.

“You could say to a prosecutor, ‘how come your office is removing African American or Latinx jurors at twice the rate they’re removing white jurors?’” Professor Wright says. “We’re not asking if you had race on your mind at a particular trial, but over the course of an entire year why is the removal rate twice as high for some races as for others? That is not a judicial challenge. You’re not going to court to change anything. You are raising an accountability question with the public.”

Another solution to end bias in jury selection, according to Professor Wright, would be to restrict the number of peremptory challenges allowed. Justice Thurgood Marshall, in a concurring opinion for Batson v. Kentucky, actually advocated for ending peremptory challenges, saying they don’t protect a defendant’s right to a fair trial.

Professor Wright admits that restricting or ending peremptory challenges would be difficult. Instead, he says education to combat racial bias is needed to ensure fairness in jury selection.

“Both judges and prosecutors ought to do some training within their organizations,” Professor Wright says. “Not training to avoid Batson claims when you pick juries, but more affirmative training, such as what to look for if you are trying to include the entire community on juries.”

What about Curtis Flowers?

After the Supreme Court decision last June, Flowers was taken off death row. While the Court reversed his conviction, he is not free. In December 2019, he was released on bail, but still awaits word on whether the state of Mississippi will try him a seventh time.

In January 2020, District Attorney Doug Evan’s recused himself from the case and asked the circuit court to assign it to the Mississippi Attorney General’s Office. At press time, that office had not made a decision on whether to move forward with a seventh trial, offer Flowers a plea deal or drop the charges against him.

The Flowers v. Mississippi decision prompted the NAACP Legal Defense Fund and the MacArthur Justice Center to file a class action lawsuit in November 2019 on behalf of potential African American jurors in Doug Evans’s jurisdiction. The suit claims that since 1992, Evans and his assistants dismissed African American jurors at a rate that is 4.4 times greater than the dismissed rate for white jurors.

“The honor and privilege of jury service is a defining feature of what it means to be an American citizen,” the complaint says. “When state or local officials bar a citizen from service because he or she is Black, that discriminatory act is no mere indignity. It is an assertion that the prospective juror is inferior—a second-class citizen who cannot be entrusted with the responsibilities of full citizenship.”

Glossary Words
concurring opinion: a separate opinion delivered by one or more justices or judges that agrees with the decision of the court but not for the same reasons.
Latinx: the neutral alternative to Latino or Latina, meaning a person of Latin American descent.
majority opinion: a statement written by a judge or justice that reflects the opinion reached by the majority of his or her colleagues.
mistrial: a trial that has been ended before its conclusion because of an error in procedure
peremptory challenge: the right to challenge and remove a prospective juror without giving a reason.
recuse: when a judge or prosecutor excuses oneself from participating in a case because of a conflict of interest or lack of impartiality.
reverse: to void or change a decision by a lower court.