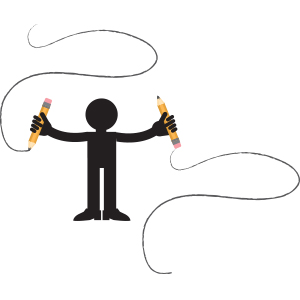 In the fall 2016 edition of Respect, which was our Special Voting Rights Edition, we tackled the racial gerrymandering issue. Since then, the U.S. Supreme Court in May 2017 struck down two North Carolina congressional districts as being racial gerrymanders, something that legal experts say is crucial to the success of similar cases in the future.

“This is a watershed moment in the fight to end racial gerrymandering,” former Attorney General Eric Holder told The Washington Post. “North Carolina’s maps were among the worst racial gerrymanders in the nation. Today’s ruling sends a stark message to legislatures and governors around the country: Racial gerrymandering is illegal and will be struck down in a court of law.”

Racial gerrymandering refers to the redrawing of voting districts in an attempt to deliberately segregate voters based on race. The goal is to dilute the voting power of one race, in this case African-American voters.

In Agreement
The Court unanimously rejected North Carolina’s congressional map for District 1, the shape of which has been compared to an octopus.

In her majority opinion, Justice Elena Kagan wrote that map makers “purposefully established a racial target: African-Americans should make up no less than a majority of the voter-age population.” The fulfillment of that goal resulted in a “district with stark racial borders. Within the same counties, the portions that fall inside District 1 have black populations two to three times larger than the portions placed in neighboring districts.”

Justice Kagan concluded that North Carolina had no “good reason” to increase the African-American voters in District 1, as the district had constantly elected minority representatives in “landslide” elections.

Some Dissent
The decision for North Carolina’s District 12 was not so cut and dry, with the Court ruling 5 to 3 to reject that congressional district map as well.

On District 12, Justice Kagan wrote, “To be specific, the New District 12 has 35,000 more African-Americans of voting age and 50,000 fewer whites of that age.” This practice is known as “packing,” where minority voters are pushed into one district to dilute their voting power.

In his dissenting opinion on the decision for the district 12 map, Justice Samuel Alito wrote, “District 12’s borders and racial composition are readily explained by political considerations and the effects of the legislature’s political strategy.”

But Justice Kagan wrote, “The sorting of voters on the grounds of their race remains suspect even if race is meant to function as a proxy for other (including political) characteristics.” Lawmakers might be seeking “to advance their partisan interests,” Justice Kagan wrote. “Or, finally—though we hope less commonly—they may simply seek to suppress the electoral power of minority voters.”

“In a lot of ways, the race vs. politics question presents a false choice. It isn’t ‘either/or’ when it comes to race or politics—especially in places like the South where people of color overwhelmingly vote for one party and white voters overwhelmingly support the other party,” says Michael Li, senior counsel with the Brennan Center for Justice’s Democracy Program. “But because we’re stuck with this distinction, if you can convince the court that it was more about politics, you can get a ‘get out of jail card’ because discriminating on the basis of politics isn’t off limits in the way that racial discrimination is. But this could change if the Supreme Court also rules that partisan gerrymandering is unconstitutional.”

Li is referring to a Wisconsin case that the U.S. Supreme Court is set to hear in the fall, which deals with partisan gerrymandering. What does the recent racial gerrymander decision mean for the Wisconsin case?

“The racial gerrymandering decision offers a signal that the court is taking a more pragmatic and flexible approach to figuring out bad motives in redistricting,” says Li. “While in the past the court has looked at things like shapes of districts or how closely districts followed ‘traditional districting principles,’ the racial gerrymandering decision makes clear there is no magical or talismanic test. Rather, the instruction is that courts need to look at all of the evidence holistically.”

Going Forward
In the meantime, as a result of the Court’s decision, North Carolina will be required to redraw its district maps in time for the 2018 and 2020 elections, according to Li.

“There also could be special elections in 2017,” Li says. “The lawmakers elected under these new maps then will redraw the maps in 2021 after the next census.”

Check out the original article: Gerrymandering—An Invented Word for a Serious Issue

Glossary Words:
partisan: someone who supports a particular political party or cause with great devotion.