Coping with the Tragedy of Indian Boarding Schools 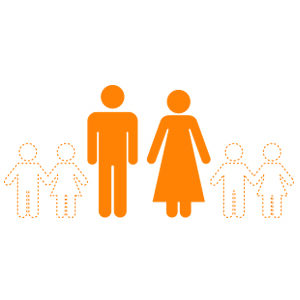 Imagine being taken from your family, told you can’t speak the language you’ve always spoken, wear the clothes you’ve always worn, observe the cultural traditions you’ve always held, and you would now be called by a different “American” name. That was the reality for tens of thousands of Native American children in the United States from 1819 to 1969.

In June 2021, U.S. Department of the Interior Secretary Deb Haaland, a member of Laguna Pueblo who is the first Native American to hold a U.S. cabinet position, announced that her department would launch an investigation—the Federal Indian Boarding School Initiative—into the United States’ federal Indian boarding school system, which was established in the early 1800s. A report detailing the department’s findings would follow in one year.  Secretary Haaland was prompted to act when the remains of nearly 1,000 indigenous children were uncovered at two Canadian Indian residential schools in 2021. Canada had a system similar to the United States, where Indian children were forced to assimilate, abandoning their Indian heritage to adopt more “mainstream beliefs and values.”

Secretary Haaland said the investigation would “address the inter-generational impact of Indian boarding schools and promote spiritual and emotional healing in our communities. We must shed light on the unspoken traumas of the past. No matter how hard it will be.”

In 1493, Pope Alexander VI issued the Doctrine of Discovery, a decree granting permission to Christian nations to invade, occupy and enslave non-Christian subjects in the New World. Gary Pitchlynn, an adjunct professor at the University of Oklahoma’s College of Law and a member of the Choctaw Nation, notes that the doctrine was in place when the colonists arrived to the New World in 1607. He explains that the United States used the Doctrine of Discovery to justify its treatment of indigenous people.

“The Doctrine of Discovery was used by the U.S. government and the courts as justification for conquering the indigenous people to a status of wards of the federal government and by constitutional design subject them to the whims of Congress,” says Professor Pitchlynn, who is an expert on federal Indian law.

The Federal Indian Boarding School Initiative Investigative Report, released in May 2022 as part of the Department of the Interior’s investigation, found that “the United States pursued a twin policy: Indian territorial dispossession and Indian assimilation, including through education.”

The 2022 report cited a 1969 Senate Special Subcommittee on Indian Education report, “Indian Education: A National Tragedy—A National Challenge,” which stated that the government’s policy regarding Indians dated back to President George Washington. “The stated policy of the Federal Government was to replace the Indian’s culture with our own. This was considered ‘advisable’ as the cheapest and safest way of subduing the Indians, of providing a safe habitat for the country’s white inhabitants, of helping the whites acquire desirable land, and of changing the Indian’s economy so that he would be content with less land. Education was a weapon by which these goals were to be accomplished.”

The Carlisle Indian Industrial School in Pennsylvania, which opened in 1879, was not the first school that housed indigenous school children. It is notable, however, because it is the first one that took the children away from their families and it was the first one fully-funded by the government. Previous schools had been located on reservations and run by religious organizations with the approval of the U.S. government.

Founded by Richard Henry Pratt, an Army officer whose motto was “Kill the Indian, Save the Man,” the Carlisle School immersed the children in Euro-American culture, not allowing any trace of their Indian roots. Pratt approached the federal government for funding of the school, which would eventually serve as the model for other schools. The federal government opened 300 more schools that used Pratt’s techniques.

It was also at the Carlisle School that the “outing system” was born. Instead of sending the children home for the summer, the boarding schools developed a program where American Indian children were transferred into a white home or community as part of a worker education program. Students were sent to learn an acceptable trade while also providing cheap labor to the family or community.  The Carlisle Indian Industrial School sent its students to New Hampton, NJ where they worked on farms. Local residents there hosted students in the summers until Carlisle closed in 1918.

More from the report

Based on research led by the Assistant Secretary of Indian Affairs Bryan Newland, a member of the Ojibwe Nation, the investigative report revealed that between 1819 and 1969 the U.S. operated or supported 408 boarding schools across 37 states (some of them just territories at the time), including 21 schools in Alaska and seven in Hawaii.

Assistant Secretary Newland noted in the report, “The Federal Indian boarding school system deployed systematic militarized and identity-alteration methodologies to attempt to assimilate American Indian, Alaska Native, and Native Hawaiian children through education.” At these schools, American Indian children were not allowed to speak their languages or practice any of their cultural or religious traditions; their hair was cut (this was particularly shaming for the boys whose hair length was a sign of maturity); they were given “American” names; and finally, they were forced into military-style drills. If the children broke the rules, for instance talking in their native languages, even to each other, they were first given a warning. If the behavior persisted, they were beaten. In some cases, older children were made to punish younger children who disobeyed and broke the rules.

In many of these schools, the living conditions were unsanitary and detrimental to the health of the children. Thousands of children died of illness, injury, and malnutrition. The Department of the Interior’s report identified “53 marked or unmarked burial sites,” and stated that the number is expected to grow as the investigation continues.  The report also noted that “approximately 19 Federal Indian boarding schools account for over 500 American Indian, Alaska Native, and Native Hawaiian child deaths.”

After the 106-page report was released, Assistant Secretary Newland said, “Federal Indian boarding schools have had a lasting impact on Native people and communities across America. That impact continues to influence the lives of countless families, from the breakup of families and tribal nations to the loss of languages and cultural practices and relatives.”

In June 2022, the Senate Indian Affairs Committee held a hearing where Native American advocates testified on the need for recovery efforts from Indian boarding school trauma. In a press conference before the hearing, Secretary Haaland, who shared that her own grandparents were taken from their homes, both at the age of eight to attend one of these schools, said, “Many children like them never made it back to their homes. Each of those children is a missing family member, a person who was not able to live out their purpose on this earth, because they’ve lost their bodies as part of this terrible system.”

At the hearing, Senator Elizabeth Warren urged Congress to pass her Truth and Healing Commission on Indian Boarding School Policies bill. The commission would be dedicated to investigating and documenting violations at these boarding schools and study the impacts they’ve had on American Indians, Alaska Natives and Native Hawaiians.

“The full effects of these policies have never before been appropriately addressed by the federal government,” Senator Warren said at the hearing. “This work will be painful, but long overdue.”

Professor Pitchlynn says that only Congress has the capacity to offer some form of compensation for the harm the federal Indian boarding school system caused; however, he doesn’t believe reparations would be enough to compensate people for the loss of life or assist with economic and spiritual recovery.

“However,” Professor Pitchlynn says, “it is important that we begin with the truth. It is a good place to start.”

Glossary Words
assimilate — to absorb or make part of, as in a community.
indigenous –native; originating in a particular place.
reparations — financial compensation.

This article originally appeared in the fall 2022 edition of Respect, our diversity newsletter.