Right to Remain Silent? Not About Passcodes 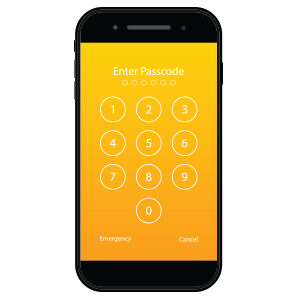 Increasingly, the nation’s courts need to look to the U.S. Constitution to interpret laws dealing with 21st century technology as digital devices become entrenched in everyday life, as well as in criminal activity.

Computers, cellphones, and other electronic devices were centuries from development when the U.S. Constitution was drafted; however today these devices have triggered numerous legal disputes over privacy, tracking, and unlawful searches. In August 2020, New Jersey’s top court was asked to address whether a criminal defendant must turn over the passcode to a lawfully seized cellphone.

Robert Andrews is a former Essex County Sheriff’s Officer. In 2015, Andrews alerted an alleged drug dealer, Quincy Lowery, about a pending narcotics investigation. The pair were members of the same motorcycle club and had known each other for about a year when Andrews supplied Lowery with information about the investigation and advice on how to avoid prosecution. According to court documents, Andrews and Lowery exchanged 114 calls and text messages over a six-week period in the spring of 2015.

An Essex County grand jury indicted Andrews on official misconduct, hindering apprehension, and obstruction charges. Although law enforcement knew about the text messages after questioning Lowery, investigators could not access the call records and text messages on Andrews’ devices (he had two cellphones) without his passcodes. The records were not available from Lowery because he had already wiped his phone. The government eventually obtained a court order to force Andrews to reveal his cellphone passcodes, which Andrews claimed was a violation of his Fifth Amendment rights.

The right to remain silent

The U.S. Constitution’s Self-Incrimination Clause in the Fifth Amendment prevents the U.S. government from forcing individuals to reveal damaging information about themselves, in other words “give testimony” or be a “witness against oneself.” Specifically, the Fifth Amendment states in part: “No person…shall be compelled in a criminal case to be a witness against himself…” People who invoke this right can refuse to answer questions or provide incriminating documents about themselves to authorities.

Advancement in technology has muddied the waters about what it means to be a “witness against oneself.” For instance, there is a lot of personal information on our cellphones. By revealing a phone’s passcode to law enforcement in order for them to gain access, should that be considered “giving testimony?”

The Self-Incrimination Clause was central in deciding State v. Andrews. The issue was whether providing a phone’s passcode was protected under the Fifth Amendment (like providing testimony). Ultimately, the Garden State’s top court decided, agreeing with two New Jersey lower courts, that Fifth Amendment rights and New Jersey common law protections do not apply to cellphone passcodes.

“Although disclosure of a passcode is evidence of ownership and control of a cellphone and its contents, the State has already established both of those facts,” Justice Lee A. Solomon wrote for the majority in the court’s State v. Andrews ruling. “The passcodes then, as amalgamations [mixtures] of characters with minimal evidentiary significance, do not themselves support an inference that a crime has been committed, nor do they constitute ‘clues.’ Said another way, where ownership and control of an electronic device is not in dispute, its passcode is generally not substantive information, is not a clue to an element of or the commission of a crime and does not reveal an inference that a crime has been committed.”

The New Jersey Supreme Court relied heavily on past U.S. Supreme Court rulings to decide State v. Andrews, specifically citing the 1976 case of Fisher v. United States, where an exception to the rights afforded under the Fifth Amendment was established. The “foregone conclusion” exception allows law enforcement to compel the production of information that adds “little or nothing” to the information the government already knows.

The Fisher case dealt with divulging tax documents and stated: “The existence and location of the papers are a foregone conclusion, and the taxpayer adds little or nothing to the sum total of the Government’s information by conceding that he in fact has the papers.”

Although the New Jersey Supreme Court conceded that cellphone passcodes themselves can have testimonial value, it applied the U.S. Supreme Court’s “foregone conclusion” exception from the Fisher decision to the passcodes at issue in Andrews, determining they had “minimal value” as evidence.

“The theory is that if the government already knows of the existence of the evidence, the defendant is not being required to incriminate himself,” explains Thomas Healy, a professor at Seton Hall University School of Law.

“In Andrews, the Court held that all three requirements were met because the government knew the phone had a security password, knew the defendant had the password for his cellphone, and could show the password was authentic if it unlocked the phone,” Professor Healy says.

Some courts have ruled that the ‘foregone conclusion’ exception does not apply to the disclosure of security passwords, Professor Healy notes. For example, a Pennsylvania case, Commonwealth v. Davis, decided by the Supreme Court of Pennsylvania in 2019, ruled that forcing someone to disclose a password to a lawfully seized computer violated the Fifth Amendment Self-Incrimination Clause. A lower Pennsylvania court applied the “foregone conclusion” exception; however, Pennsylvania’s high court said revealing a password/passcode is “testimonial.” The court’s majority ruled: “A passcode is necessarily memorized, one cannot reveal a passcode without revealing the contents of one’s mind.”

Like the majority in the Pennsylvania case, New Jersey Supreme Court Justices Barry T. Albin, Jaynee LaVecchia, and Walter F. Timpone, disagreed with their colleagues, arguing that memorized passcodes are “classic contents-of-mind material” and should be “off-limits” under the Fifth Amendment’s Self-Incrimination Clause.

“We are at a crossroads in our law. Will we allow law enforcement—and our courts as their collaborators—to compel a defendant to disgorge undisclosed private thoughts—presumably memorized numbers or letters—so that the government can obtain access to encrypted smartphones?” Justice LaVecchia wrote in the court’s dissenting opinion. “In my view, compelling the disclosure of a person’s mental thoughts is anathema to fundamental principles under our Constitution and state common law. There is no real difference between forcing one to divulge the mentally stored combination of a safe—the very example the Supreme Court has used more than once as a step too far in ordering a defendant to assist in his or her own prosecution—and forcing one to divulge the passcode to a smartphone.”

In January 2021, Andrews’ attorneys petitioned the U.S. Supreme Court to review the case. The American Civil Liberties Union and Electronic Frontier Foundation, a nonprofit organization that defends civil liberties in the digital world, urged the Court to review the State v. Andrews ruling. In May 2021, the Court denied the petition. Pennsylvania’s Davis case was also appealed to the U.S. Supreme Court and was denied a review.

“Because the U.S. Supreme Court declined to hear the [Andrews] case, that ruling will remain the law in New Jersey for the foreseeable future. However, federal courts have final say on the meaning of the U.S. Constitution, so if a federal court in New Jersey reaches a contrary conclusion the result in Andrews will no longer be good law,” Professor Healy says. “It is also possible that the U.S. Supreme Court could address the question in a different case. If that happens, it won’t help the defendant in Andrews, but it could change the law.”

Glossary Words
anathema—offensive; repugnant.
appealed—when a decision from a lower court is reviewed by a higher court.
defendant—in a legal case, the person accused of civil wrongdoing or a criminal act.
dissenting opinion—a statement written by a judge or justice that disagrees with the opinion reached by the majority of his or her colleagues.
indict—to charge someone with a criminal act.
substantive—important, meaningful.

This article originally appeared in the fall 2022 issue of The Legal Eagle.