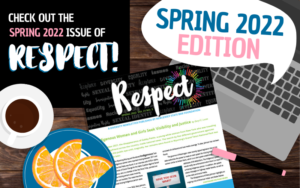 The spring 2022 edition of Respect, the Foundation’s diversity newsletter is now available. Respect’s spring issue contains articles on the the CROWN Act, the Not Invisible Act and discrimination against Black farmers. A PDF of The spring issue can be downloaded or individual articles can be read and printed from Respect’s blog, The Rundown.

Here are the headlines from the spring 2022 issue:

In September 2021, the disappearance of Gabby Petito, a young white woman from New York who was traveling with her boyfriend across the country, made national news. The search by five different government agencies remained in the public eye until, tragically, her remains were found in Wyoming’s Grand Teton National Park less than a month later.

According to the Wyoming Missing and Murdered Indigenous Task Force, nearly 500 indigenous women were reported missing between 2011 and 2021 in the same area that Petito was found. READ MORE

Farming in the United States is a tough profession for anyone. You’re always at the mercy of Mother Nature for whether you have a good harvest or your crop is destroyed. The life is made even more difficult for Black farmers who have faced discrimination from the time of emancipation—a bias that still echoes today.  READ MORE

Chances are that your school has a dress code or other rules to make sure class isn’t disrupted by what students are wearing or by their appearance. By law, such appearance standards in schools or the workplace must be neutral and not single out a particular racial, ethnic or religious group. READ MORE