Looking for Reform with the George Floyd Justice in Policing Act 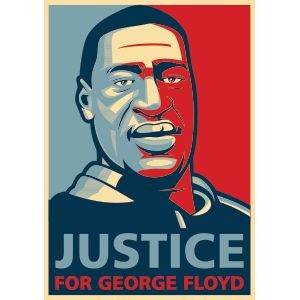 On May 25, 2020, George Floyd, a Black man, was detained by police officers in Minneapolis. He had allegedly used counterfeit money to make a purchase at a convenience store. Within minutes, he was face down on the street. Officer Derek Chauvin pinned him down by kneeling on his neck for nearly nine minutes. According to reports, Floyd was heard saying, “I can’t breathe” more than 20 times before he fell silent.

The incident, recorded by bystanders, went viral. The county medical examiner would eventually rule Floyd’s death a homicide caused by Chauvin’s and the three other officers’ use of force, drugs in his system, and his underlying health conditions. Widespread outrage and protests erupted against police brutality in more than 150 cities.

All four officers linked to Floyd’s death were fired. Chauvin was charged with murder and in April 2021, was found guilty of second-degree murder, third-degree murder and second-degree manslaughter. He faced up to 40 years in prison but received a 22-and-a-half-year sentence in state court. Chauvin also pleaded guilty to a federal civil rights charge, for which he will serve a minimum of 20 years and a maximum of 25 years. At press time, he had not been sentenced on the federal charge. The other three officers—Thomas Lane, Tou Thao and J. Alexander Kueng—were charged with various crimes at the state and federal level. In February 2022, the three were convicted on federal charges of violating Floyd’s civil rights. Jury selection for the state trial is scheduled for March 2022.

According to reporting in The New York Times, during his 19-year law enforcement career, 22 complaints were filed against Chauvin for misconduct and excessive force. He was disciplined in just one of those cases.

Floyd’s death turned up the focus on police violence against Black Americans. According to Mapping Police Violence, an independent research collaborative collecting comprehensive data on police killings nationwide, Black people are three times more likely to be killed by officers than white people. These police-related cases refer to a person who dies as a result of being shot, beaten, restrained, intentionally hit by a police vehicle, pepper sprayed, tasered, or otherwise harmed by police officers, whether on-duty or off-duty. Mapping Police Violence relies on data from local and state agencies that are required to report such data, as well as media sources such as The Washington Post.

The issue of police brutality and misconduct is nothing new, according to Karen Thompson, senior staff attorney with the American Civil Liberties Union-New Jersey. Thompson says that Black communities in particular have been advocating for oversight of police departments since the turn of the 20th century.

“What made it so important in this particular instance is that we all had a single focus,” Thompson says. “We all had eight minutes and forty-six seconds to watch a white police officer slowly crush the life out of a Black man. We all witnessed something that was plain and clear.”

To establish a national standard to address systemic racism in police departments, the George Floyd Justice in Policing Act (GFJPA), a human rights and police reform bill, was introduced in the House of Representatives by Representative Karen Bass of California and in the Senate by Senator Cory Booker of New Jersey. It was passed by the House of Representatives in 2020 and again in March 2021. By September 2021, however, the legislation had stalled in the Senate, where it needed 60 votes to pass.

Among other things, the GFJPA would streamline federal law to prosecute excessive force, work to end racial and religious profiling, limit military equipment on American streets, require access to body cameras on officers, hold police accountable in court, and ban chokeholds and no-knock warrants. A no-knock warrant is one that can be executed by law enforcement without notification to the residents by either knocking on the door or ringing a doorbell.

“The Act includes important and foundational changes to and checks on policing,” says Thompson. “It was the first federal legislation to include a provision enabling individuals to recover damages in civil court when law enforcement officers violate their constitutional rights by eliminating qualified immunity for law enforcement. The legislation felt hopeful.”

Qualified immunity, created by the U.S. Supreme Court in 1982, is a principle which states that government officials, including the police, are not liable in civil lawsuits for injuries they inflict during the course of their normal duties. The principle was originally supposed to protect police from frivolous lawsuits. It was the qualified immunity issue that became a major sticking point when the George Floyd Justice in Policing Act was being debated in Congress.

“A profession where you have the power to kill should be a profession that requires trained officers who are accountable to the public,” Representative Bass said during debates on the bill in March 2021.

Detractors of the legislation say it went too far, with Representative Carlos Gimenez of Florida arguing on the House floor that it would “weaken and possibly destroy our community police forces.”

While the legislation passed the House, negotiations among Representative Bass, Senator Booker and Senator Tim Scott of South Carolina broke down without the legislation coming to the Senate floor for debate. Of the broken negotiations, Representative Bass told National Public Radio, “When you go so far in compromising that you’re just barely moving the needle forward, it reached a point where it wasn’t acceptable.”

In a statement, Senator Scott said, “The areas where we agreed—banning chokeholds, limiting the transfer of military equipment, increased mental health resources, and more—would have brought justice to these families [victims of police violence].”

Reform at the local level

By the one-year anniversary of Floyd’s death—May 25, 2021—229 Black people in the U.S. had been killed by the police, according to data from Mapping Police Violence. Since the GFJPA has stalled in the Senate, what happens now?

“We need to not expect the federal government to solve our problems,” says Thompson. “New Jersey has a bundle of bills to address justice in policing that we are currently pushing the Legislature to pass. New Jerseyans need to keep the pressure on their elected officials to do what the worldwide protests last year demanded: create accountability and transparency in policing.”

“Police are necessary for public safety, but there’s so much more to making a community safe,” says Lewis. “Deeper investments, especially in Brown and Black communities, is an important piece to systemic change.”

Cities and states are demanding reforms based on items covered in the George Floyd Justice in Policing Act. To stop excessive police power in communities of color, at least 30 states and Washington, D.C. have addressed use of force; duty for officers to intervene, report, or render medical aid in instances of police misconduct; policies relating to law enforcement misconduct reporting; and revoking a person’s authorization to serve as a police officer.

In April 2021, New York City became the first and the largest municipality to end qualified immunity for officers. While federal qualified immunity can only be eliminated by an act of Congress or the U.S. Supreme Court, the NYC law allows individuals to sue police officers under the New York State Constitution and does not allow qualified immunity as a defense.

De-escalating conflicts by using nonpolice first responder teams to respond to behavioral health calls instead of police have been successful. People with mental health issues are 16 times more likely to be killed in a police intervention, says Lewis, referring to a 2020 study titled “Overlooked in the Undercounted: The Role of Mental Illness in Fatal Law Enforcement Encounters” which was conducted by the Treatment Advocacy Center located in Virginia. Lewis also cited the success of organizations like CAHOOTS (Crisis Assistance Helping Out On The Streets), a collaborative effort between White Bird Clinic and the City of Eugene, Oregon established in 1989. CAHOOTS’ mission is to improve the city’s response to mental illness, substance abuse and homelessness. Members of White Bird Clinic’s staff accompany law enforcement on calls involving mental health issues.

Here in New Jersey, the New Jersey Communities for Accountable Policing (NJ-CAP) was formed by the ACLU-NJ, as well as more than 20 other organizations, including, Black Lives Matter NJ, the Innocence Project, and the Office of the Public Defender. Made up of grassroots activists, racial and social justice advocates, people harmed by law enforcement, faith leaders, and legal experts, NJ-CAP’s mission is “to stop excessive police power, end the tight grip of police in communities of color, and organize New Jerseyans to bring about change.”

Glossary Words
warrant — a written document from a judge authorizing anything from a search to an arrest to the obligation to pay a fine.

This article originally appeared in the winter 2022 issue of Respect, the NJSBF’s diversity newsletter.