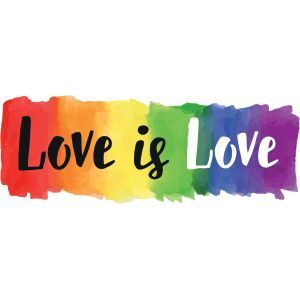 The First Amendment to the U.S. Constitution guarantees the right to freedom of religion. But what happens when one person’s religious freedom conflicts with someone else’s rights?

In June 2021, the U.S. Supreme Court decided a case, Fulton v. Philadelphia, which highlighted a conflict between the religious rights of a Catholic organization that assists with foster care placement and the interests of LGBTQ+ people who want to become foster parents. The case was decided unanimously on narrow grounds in favor of the foster care organization but leaves open broader questions of the scope of religious freedoms when they are counter to other interests including the government’s ability to prevent discrimination on the basis of sexual orientation.

In Fulton v. Philadelphia, the U.S. Supreme Court held that the City of Philadelphia violated the First Amendment rights of Catholic Social Services (CSS), a faith-based foster care agency associated with the Archdiocese of Philadelphia, that refused to certify same-sex couples as foster parents.

What’s the case about?

Foster families in Philadelphia must be certified in order to take in children through the foster care system. CSS and other agencies are licensed by the city to certify families using standards including the family’s “ability to provide care, nurturing and supervision to children.”

Documents filed with the courts revealed that CSS refused to certify same-sex married couples, as well as unmarried couples of any gender because of the agency’s belief that “marriage is a sacred bond between a man and a woman.”

CSS and two foster care parents it works with, including Sharonell Fulton, whose name is on the case, sued the city, claiming that the revocation of CSS’ license violated provisions of the First Amendment of the U.S. Constitution protecting freedom of religion and freedom of speech.

A district court and the U.S. Court of Appeals for the Third Circuit both ruled against CSS’ request to have its license reinstated. As a result, the foster care agency appealed to the U.S. Supreme Court.

The U.S. Supreme Court’s decision in Fulton did not address the freedom of speech claim.

The First Amendment to the U.S. Constitution states: “Congress shall make no law respecting an establishment of religion or prohibiting the free exercise thereof…”. This means that the government can’t endorse any one religion over another religion or religion in general over no religion. It also guarantees that people can hold whatever religious beliefs they want, including not believing in religion at all.

CSS argued that a requirement to certify same-sex couples as foster parents violated its Catholic religious beliefs, and, therefore, was prohibited by the First Amendment. The City of Philadelphia argued that CSS’ policy violated its fair practices ordinance, which includes a provision prohibiting discrimination based on sexual orientation and is included in all city contracts.

The courts use certain tests to determine whether rights provided by the U.S. Constitution are violated. In cases like this involving the right to freely practice religion, that standard is currently governed by a 1990 U.S. Supreme Court decision in the case of Employment Division, Department of Human Resources of Oregon v. Smith.

In Smith, two people were fired from their jobs with a drug rehabilitation organization because they used the hallucinogenic drug peyote as part of Native American religious ceremonies. They were denied state unemployment benefits because Oregon state law made possession or use of peyote illegal. The case came to the U.S. Supreme Court on a challenge to the state drug law on the basis that it restricted their ability to practice their religion.

What the U.S. Supreme Court said in Fulton

The Court’s decision in Fulton centered around Philadelphia’s contract with CSS. The contract said: “Provider [CSS] shall not reject a child or family … for Services based upon … sexual orientation … unless an exception is granted by the Commissioner or the Commissioner’s designee, in his/her sole discretion.”

“The creation of a system of exceptions under the contract undermines the city’s contention that its nondiscrimination policies brook no departures,” wrote Chief Justice John Roberts in the Court’s majority opinion. “It is plain that the city’s actions have burdened CSS’ religious exercise by putting it to the choice of curtailing its mission or approving relationships inconsistent with its beliefs. CSS seeks only an accommodation that will allow it to continue serving the children of Philadelphia in a manner consistent with its religious beliefs; it does not seek to impose those beliefs on anyone else.”

While the Court’s decision was unanimous, two justices wrote concurring opinions instead of signing on to the majority opinion.

Justice Samuel Alito wrote a 77-page opinion, joined by Justices Neil Gorsuch and Clarence Thomas, where he criticized the majority opinion for being too narrow and not tackling the Fulton’s free speech implications.

“This case presents an important constitutional question that urgently calls out for review: whether the Court’s governing interpretation of a bedrock constitutional right, the right to the free exercise of religion, is fundamentally wrong and should be corrected,” Justice Alito wrote. “CSS’ policy has only one effect: It expresses the idea that same-sex couples should not be foster parents because only a man and a woman should marry. Many people today find this idea not only objectionable but hurtful. Nevertheless, protecting against this form of harm is not an interest that can justify the abridgement of First Amendment rights.”

Perry Dane, a professor at Rutgers Law School—Camden, who teaches courses on religion and the law, summed up the Court’s decision as, “If you exempt folks for other reasons, you have to treat religious folks at least the same.” Instead of drawing a clear line between religious freedoms and LGBTQ+ rights, Professor Danes says, the Court relied upon one portion of the city’s contract with adoption agencies but didn’t decide the broader question of First Amendment rights versus equality and anti-discrimination considerations.

“Sometimes, religious people are in effect stuck between two laws: the law the state imposes upon them and what they believe God imposes upon them,” Professor Dane says. “On the other hand, there’s something troubling about the idea that one person’s religious exemption should end up having a harmful impact on somebody else.”

According to Professor Dane, there has been a renewed interest in cases involving religious freedom, such as laws restricting attendance at religious services during the pandemic.

“It’s a difficult, real conflict,” says Professor Dane. “The Supreme Court is going to be struggling for the next little while to figure out where the line gets drawn.”’

abridgement—limitation of rights.
animus — hostile feeling or animosity.
appealed — when a decision from a lower court is reviewed by a higher court.
concurring opinion — a separate opinion delivered by one or more justices or judges that agrees with the decision of the court but not for the same reasons.
majority opinion — a statement written by a judge or justice that reflects the opinion reached by the majority of his or her colleagues.

This article originally appeared in the winter 2022 issue of Respect, the NJSBF’s diversity newsletter.