Battling Over How to Teach About Racism 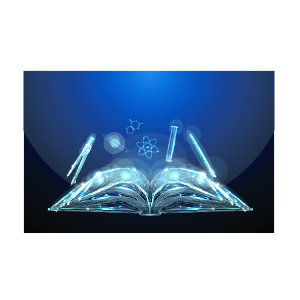 After the murder of George Floyd in May 2020, many corporations and schools instituted diversity and inclusion training to address racial disparities. Today, some states are passing bans on teaching about racism at all.

In the fall of 2020, President Donald Trump issued Executive Order 13950, titled Combating Race and Sex Stereotyping, which banned certain types of diversity and sensitivity training within the federal government, calling the exercises “divisive, anti-American propaganda” that perpetuate racial stereotypes. The order specifically prohibited professional education programs from depicting the U.S. as fundamentally racist or sexist, or people of a certain race as oppressors; it also frowned upon blaming a certain race or gender for past actions committed by other members of the same race/sex.

President Joseph Biden rescinded the executive order on his first day in office; however, many state legislatures used it as a reason to pass bans on teaching critical race theory in K-12 schools, causing confusion for teachers and parents about what the theory is and what is actually being taught in the classroom.

What is critical race theory?

Developed more than 40 years ago as a legal theory taught to graduate and law school students, critical race theory, or CRT, examines the role of racism in society.  One of CRT’s central beliefs is in systemic racism—the idea that racism is inherently embedded in U.S. institutions and structures of government. It examines how racism has been able to endure, going beyond bias on an individual basis to a larger systemic problem.

For example, in the 1930’s the government engaged in what was known as “redlining,” denying services to residents based on the racial composition of certain communities. The most well known form of redlining consisted of the Federal Housing Administration refusing to insure mortgages in neighborhoods where Black people lived, making it difficult or impossible for Black families to buy homes and build wealth. Today, discrimination is not as overt, but so-called race-blind policies can still adversely affect communities of color.

Keffrelyn D. Brown, Ph.D., a professor of cultural studies in education at the University of Texas-Austin, explains that critical race theory is an analytical tool that she uses to teach her graduate students how race and racism have operated in our society and institutions.

“Critical race theory in my mind is one tool that helps excavate and understand a process and a phenomenon. It’s simply a tool, it’s not a history, it’s not a body of content knowledge. It’s just a framework,” Dr. Brown says. “It’s like lenses you put on to see and hone in more clearly on whatever it is you’re looking at, and in this case, it’s racism.”

Since CRT is an advanced concept, experts, like Dr. Brown, agree that it is unlikely it is actually being taught to K-12 students. What is being taught in K-12 schools are concepts of racial equity, diversity and inclusion. According to the New Jersey School Boards Association, “The term ‘critical race theory’ is being inaccurately used by some to encompass a wide range of distinctly different topics, including educational equity, social-emotional learning (SEL), cultural awareness and restorative practices. It is also being used to describe the discussion of racism in classroom instruction.”

In the Garden State

According to the New Jersey Office of Diversity and Inclusion, of New Jersey’s nine million residents, 45 percent are people of color. In March 2021, New Jersey became the eighth state to require all public schools in the state to teach diversity, inclusion and equality courses for grades K-12, which will deal with unconscious bias and economic inequalities.

In a fact sheet that it put out on CRT, the New Jersey School Boards Association points out that the theory is not included in New Jersey Student Learning Standards. The fact sheet also states: “It is important to remember that teaching social studies and history will at times require discussion about historic instances of racism. Students should understand the historically accurate past of our nation and that includes some difficult history around racial issues.”

Not everyone was on board for New Jersey’s new law. In Wayne, parents have voiced their displeasure with the new requirements. One parent, who is the mother of middle and high school students, spoke to The Record on the condition of anonymity.

“Terms like white supremacy and systemic racism are being taught as fact in school. A lot of parents take issue with that,” the parent, who also teaches in a different school district, told The Record. “The way they’re being taught, there’s no room for dissension.”

Zellie Imani Thomas, who runs Black Lives Matter camps for middle school students in Paterson, told The Record that the backlash was coming from a small segment of people who “don’t want to accept that racism is not just made up of actions, but that it has existed in the very fabric of our society, and that all of us, white or non-white, internalize these views.”

Thomas, who is also an elementary school math teacher, acknowledged a fear among white parents that their kids could feel “lesser than” when learning America’s true history.

“For those parents that’s horrible,” he told The Record. “But for years or decades, it was okay for our kids to feel ‘lesser than’ by learning a watered-down history.”

Sahar Aziz, a Rutgers Law School professor currently teaching at Boston University, who also teaches critical race theory to her students, says that parents who are relying on the talking points of those critical of the controversial theory “are more susceptible to confusing it with diversity, equity and inclusion.” Professor Aziz points out these concepts have been taught in schools for decades but are now being “reframed as a form of anti-white racism.”

“The false logic is that any discussion of past or present disparities in wealth, income, safety, health or power between racial groups is a racist attack on white people,” Professor Aziz says. “When in fact, such discussions are efforts to understand why not everyone in America experiences equal opportunities for a prosperous and healthy life.”

New Jersey State Assemblyman Brian Bergen has introduced a bill that would limit the new law’s requirements to grades 9-12.

At press time, there had been no movement on the bill.

While New Jersey is trying to address issues of diversity and inclusion, the legislative assault on CRT, which has become shorthand for teaching anti-racism, in other states has picked up steam. As of September 2021, 27 states have introduced bills to restrict how teachers are allowed to discuss racism and sexism in school. Only three of those bills mention CRT specifically. Laws have been passed in 12 of those states. Many of these laws share the same language. For instance, several laws state that teachers can’t instruct students that “an individual, by virtue of the individual’s race or sex, is inherently privileged, racist, sexist, or oppressive, whether consciously or subconsciously.” In addition, some of these laws contain language prohibiting making a student feel “discomfort, guilt, anguish or any other form of psychological distress on account of his or her race or sex.”

“It’s a very complicated and tricky situation,” Dr. Brown says of the legislative efforts to ban CRT. “It depends on how these initiatives are being laid out. If the idea is that you can’t teach critical race theory, then [the legislation] would have no teeth at all. CRT is a theory, and we don’t generally teach theories in K-12 schools.”

Dr. Brown points out the difficulty of teaching about slavery, Jim Crow and the civil rights movement without talking about racism.

“The first question students ask is ‘why did this happen?,’” she says. “In order to talk about racism, you have to talk about the fact that there were some people who were empowered and some who were not. It will fall on schools and districts to really push back to find out what these bills being passed really mean.”

What students have to say

Proponents of teaching anti-racism believe that by shining a light on systemic racism it can be eliminated or at least diminished. Opponents of CRT, who lump the controversial theory with teaching anti-racism, feel that these teachings unfairly place the blame for inequality on all white people. But what do students have to say?

NBC News interviewed several high school students on the CRT controversy. One freshman, only identified as Felicity from Loudoun County, Virginia, agreed with the opponents and said she thinks that CRT goes against “everything our country should stand for” and is making “greater divisions between the races.” Other students pointed out that CRT is mistakenly being conflated with inclusivity efforts.

In Louisiana, a bill was being considered that would prevent teachers from teaching “certain concepts related to race.” Asked how he felt about that, Re’Kal Hooker, a 17-year-old student at a Louisiana charter school, told NBC News, “We are still discriminated against and I feel like young kids will think it’s just something that happens, like it’s natural, or something they can’t get away from.” At press time, the Louisiana bill had stalled.

Raymond Adderly, a senior at Fort Lauderdale High School, told NBC that the bans on CRT are just a ban on “teaching truth in history.” Adderly went on to say, “Not teaching students the history of America, the true history—it comes at a great robbery and great sacrifice to students and their growth.”

Many of the students interviewed for the NBC piece pointed out that they have been exposed to the CRT controversy on social media. Eva Ulreich, another freshman student in Loudoun County, said that she had “learned more about racism and how it affects people in the last two years on social media” than she had in her whole academic career.

Because the wording of these state laws are so broad, figuring out what can and can’t be taught is confusing many teachers. For example, last year Oklahoma passed a resolution to teach its schoolchildren about the 100th anniversary of the 1921 Tulsa massacre, one of the worst racial attacks in U.S. history during which a white mob killed hundreds of Black residents, burning homes and businesses to the ground. Oklahoma is one of the 12 states that passed a law limiting the teaching of racism.

“If any child in the classroom at any point feels [discomfort], then the teacher essentially is violating this law,” the superintendent of a predominantly Black school district in Oklahoma told EdWeek. “This law essentially is saying that if you don’t feel comfortable with it, you don’t have to talk about it.”

Alice O’Brien, general counsel to the National Education Association, told EdWeek that these state laws would be challenged in the courts under the Fourteenth Amendment’s equal protection clause because they are based in racial animus. She also pointed out that the laws could be challenged under the First Amendment, both the teacher’s right to speech and the students’ right to receive information.

“In a country as ethnically and racially diverse as the United States, students must learn to interact with people with widely different experiences associated with immigrant status, class, race and ethnic heritage,” Professor Aziz contends. “Schools have an obligation to ensure that people with diverse experiences and backgrounds are able to create cohesive communities that can effectively learn and work together.”

This article originally appeared in the fall 2021 issue of Respect, the NJSBF’s diversity newsletter.