More Than Meets the Eye in Cross-Racial IDs 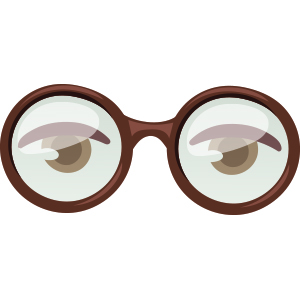 Eyewitness testimony was often thought of as the best evidence in a criminal trial. Today, experts are learning it’s not so reliable, especially when the witness and the suspect are of different races.

The concept is called cross-race effect, and it was first mentioned in research published in the Journal of Criminal Law and Police Science in 1914. It is defined as the tendency for individuals to better recognize members of their own race or ethnicity and be worse at recognizing people of another race. Cross-race effect has contributed to numerous eyewitness misidentifications.

Take the case of Otis Boone, for example. Boone served seven years in jail for a crime he didn’t commit, convicted on the basis of eyewitness testimony. Boone is African American, while the witnesses in the case were white.

In February 2011, Brooklyn police arrested Boone and charged him with two counts of armed robbery. A jury convicted Boone on both counts despite a lack of physical evidence. He received a 25-year prison sentence, which was later reduced by 10 years. In 2017, Boone appealed to the New York State Court of Appeals, the state’s highest court, which overturned Boone’s conviction and ordered a new trial after finding fault with the trial court’s jury instructions.

Boone’s attorney had asked the judge in the case to instruct the jury on the unreliability of cross-racial identification. The judge denied the request because no expert testimony had been provided during the trial on that issue.

The Appeals Court judges ruled the lower court mistakenly declined to inform jurors about eyewitness credibility in cross-racial cases. New York’s highest court also required that all Empire State jurors, upon request of the defense, be told about the reliability of cross-racial eyewitness identification.

In his 37-page decision, Judge Eugene M. Fahey wrote, “In light of the near consensus among cognitive and social psychologists that people have significantly greater difficulty in accurately identifying members of a different race than in accurately identifying members of their own race, the risk of wrongful convictions involving cross-racial identifications demands a new approach.”

The Appeals Court held, “In a case in which a witness’s identification of the defendant is at issue, and the identifying witness and defendant appear to be of different races, a trial court is required to give, upon request, during final instructions, a jury charge on the cross-race effect.”

Eyewitness testimony, according to psychological studies, has historically been one of the most convincing forms of criminal trial evidence. Decades of research, however, suggest that eyewitness testimony is prone to error, often resulting from flawed visual perception or memory. Poor vision or viewing conditions can affect eyewitness identification in criminal cases, along with the duration of an offense and the extent of violence involved. Recollection is also a factor, as psychologists have found that memories are reconstructed rather than replayed like a video.

In a Scientific American article, Elizabeth F. Loftus, a cognitive psychologist and expert on human memory, likened the act of recall as “more akin to putting puzzle pieces together than retrieving a video recording.”

Thea Johnson, a professor at Rutgers Law School—Camden whose scholarship concerns the fairness of the criminal justice system, says there is plenty of evidence confirming that humans don’t remember everything that happens when it happens quickly or when it’s the result of a traumatic event.

“If you are held up at gunpoint, you might be more focused on the gun and not necessarily on the person holding it,” Professor Johnson says.

According to the Innocence Project, a nonprofit legal organization committed to exonerating the wrongly accused and reforming the criminal justice system, 70 percent of the 364 convictions overturned by DNA evidence since 1992 involved mistaken eyewitness identification. Nearly half of those erroneous recognitions involved a witness and suspect of different races.

“In studying this issue, we have learned that people tend to be less accurate when making cross-race identifications,” Alexis Agathocleous, a staff attorney with the Innocence Project’s Strategic Litigation Unit, said in a Q&A appearing on the organization’s website.

Agathocleous, who focuses on law reform efforts around eyewitness identifications, also noted, “Cases involving cross-racial identifications must be treated with particular care and police must be especially vigilant about using proper identification procedures.”

Recognizing that eyewitness identifications can be unreliable, the U.S. legal system has addressed the issue in several ways, most directly, as with the New York case, through jury instructions. A handful of states, including Hawaii, Massachusetts and New Jersey, already had laws similar to the one New York now has where juries are instructed on cross-race effect. Such instructions are allowed by the judge’s discretion, but not required in a six states (Georgia, Idaho, Iowa, Kansas, Maine and Washington), as well as federal courts in Detroit, Indianapolis and the District of Columbia.

Professor Johnson recognizes the power of eyewitness identifications for a prosecutor, which is why she says issues like cross-race effect are important for juries to understand.

“I think a jury instruction is an important tool that a defense attorney can use to challenge the credibility of eyewitness identifications. It’s a big step that courts have opened the door to these types of jury instructions,” Professor Johnson says. “Does it mean that juries won’t think that eyewitness accounts are powerful pieces of evidence, or not listen to the judge’s instructions? Jurors are human beings and they’re going to follow their sense of the case. Jurors try hard to listen to the judge and apply the law.”

The National Institute of Justice, the International Association of Chiefs of Police, the NAACP and the American Bar Association have endorsed these reforms, which also includes a requirement that the lineup be recorded either with video or audio, and the eyewitness provide a confidence statement.

While groups like the Innocence Project have lauded cross-race effect jury instruction rules, prosecutors consider these mandates unfair. They argue the instruction implies racial bias, without proof, on the part of an eyewitness. Opponents also argue that safeguards already exist to protect against convictions achieved through mistaken identity.

Professor Johnson contends that racial bias is not the issue.

“You’re not saying that someone out of bad motivation is trying to pin a crime on someone of a different race. If that’s the argument, that’s a totally different argument,” Professor Johnson says. “Cross-race effect is merely saying there’s good evidence that people better recognize the faces of someone of their own race than of people who are not of their own race.”

She says that people are not necessarily biased; it’s just how human beings take in information.

“It’s not that the person has a bias and that’s why they are identifying someone of a different race. It’s just that they may not have identified the person correctly, not for bad or malicious reasons,” Professor Johnson says. “The human experience is that many things are unclear but a criminal trial does not always reflect that. The realities of the human experience and criminal trials are often in conflict in ways we don’t always acknowledge.”

So, what happened to Otis Boone? He was given a new trial in 2019 where the prosecution again presented their eyewitnesses. This time Boone was represented by attorneys from the Legal Aid Society who presented evidence that Boone was a mile away when the second robbery was committed, something the attorney in his first trial did not do. The jury was advised about cross-race effect, as well. In March 2019, Boone was acquitted.

“To be serving someone else’s time is a hardship,” Boone told The New York Times. “It was many times that I wanted to give up.”

In 2019, Boone filed a civil lawsuit against the police officers involved in his case, as well as the City of New York.

Glossary Words
appealed— when a decision from a lower court is reviewed by a higher court.
defendant — in a legal case, the person accused of civil wrongdoing or a criminal act.
jury charge—legal rules or instructions given by a judge to a jury that jurors should follow when deciding a case.
overturned —in the law, to void a prior legal precedent.