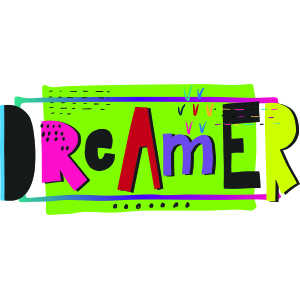 In 1875 the U.S. Supreme Court ruled that the regulation of immigration is a federal responsibility and in the 1880s Congress passed its first piece of immigration legislation, according to the U.S. Citizenship and Immigration Services (USCIS). The country has been grappling with immigration issues ever since.

The Deferred Action for Childhood Arrivals (DACA) Program was created in 2012 via an Executive Order signed by then President Barack Obama. The DACA Program allows undocumented immigrants who were brought to this country as children to apply for lawful status that exempts them from deportation and allows them to work in the U.S. The DACA Program does not grant citizenship.

DACA applicants must show they arrived in America before they reached age 16 and that they were under the age of 31 as of June 15, 2012. Applicants must have lived in the United States continuously since 2007 and graduated high school, earned a GED or been honorably discharged from the military. They must also pass a background check and have no criminal record. DACA status allows recipients to work legally in the U.S. and receive a social security number in order to pay taxes. DACA recipients are also sometimes called Dreamers after the DREAM Act. The DREAM Act was legislation, first proposed in 2001, which would have created a pathway to citizenship for children brought to this country by their parents. Despite being re-introduced several times with revisions and compromises, the Act was never passed.

In September 2017, the Trump Administration terminated the DACA Program. Jeff Sessions, the U.S. Attorney General at the time, issued a letter where he argued that President Obama lacked the authority to establish the program.

DACA, he wrote, “was effectuated by the previous administration through executive action, without proper statutory authority and with no established end-date, after Congress’ repeated rejection of proposed legislation that would have accomplished a similar result. Such an open-ended circumvention of immigration laws was an unconstitutional exercise of authority by the Executive Branch.”

According to the Pew Research Center, as of 2019 approximately 650,000 immigrants have protection under the DACA Program. While DACA recipients live in all 50 states and the District of Columbia, according to Pew, six states—California, Texas, Florida, New York, Illinois and North Carolina—have the most DACA recipients, accounting for half of the total number. In addition, a Pew Research poll conducted in 2020 found that 74 percent of Americans favor giving permanent legal status to undocumented children who came to the U.S. with their parents.

After a series of lower court rulings that upheld the DACA program, the issue came before the U.S. Supreme Court. In June 2020, the Court preserved the DACA Program but its ruling was based on a technicality. The court emphasized the Trump Administration had the right to end the program; however, the majority of justices ruled the administration failed to justify why it sought to end the program.

“We do not decide whether DACA or its rescission are sound policies,” Chief Justice John Roberts wrote for the Court’s majority in Department of Homeland Security v. Regents of the University of California. “The wisdom of those decisions is none of our concern. Here we address only whether the Administration complied with the procedural requirements in the law that insist on a ‘reasoned explanation for its action.’”

“Since 2012, DACA recipients have enrolled in degree programs, embarked on careers, started businesses, purchased homes and even married and had children, all in reliance on the DACA program,” Chief Justice Roberts wrote.

The Chief Justice went on to write that the consequences of rescinding DACA would “radiate outward” to the families of DACA recipients. He quoted statistics from immigration advocates who estimate that there have been more than 250,000 children born to DACA recipients. Those children are U.S. citizens.

In addition, Chief Justice Roberts wrote, “Excluding DACA recipients from the lawful labor force may, [economists] tell us, result in the loss of $215 billion in economic activity and an associated $60 billion in federal tax revenue over the next 10 years.”

The concerns, Chief Justice Roberts said, don’t prevent the program’s termination, but they do need to be addressed. The Court concluded that the Trump Administration did not address these concerns, and therefore, its decision to rescind DACA was “arbitrary and capricious.”

Lauren Herman, a supervising attorney with Make the Road New Jersey, an immigrant rights organization, was encouraged by the Court’s ruling.

“The Court didn’t go so far as to say the administration couldn’t end the program; it just said they didn’t do so properly,” Herman explains. “That said, it was a significant victory for immigrant communities. It was powerful to hear the U.S. Supreme Court recognize what this program has meant to so many people.”

The Court’s decision ordered the Trump Administration to process DACA applications again. Originally, DACA recipients applied for renewal every two years; however, following the Court’s decision, Acting Department of Homeland Security Secretary Chad Wolf issued a memo on July 28, 2020 outlining changes to DACA. The memo stated no new applications would be accepted and that the renewal period was shortened from two years to one. The application process costs $495.

That memo became the subject of another lawsuit. Eastern New York U.S. District Court Judge Nicholas Garaufis ruled that Wolf was not acting lawfully as Acting Secretary of Homeland Security, thereby invalidating the order. Judge Garaufis ordered the administration to start accepting new DACA applications and revert back to the two-year renewals.

The decision to restart initial applications was welcome news to Erika Martinez, a junior at Rutgers University and a potential DACA recipient. Martinez, who came to the U.S. from El Salvador at age two, works as a youth organizer at Make the Road New Jersey and is president of RU Dreamers, an on-campus advocacy organization for undocumented students. She was eligible to apply for DACA, but had not done so because it was unclear whether the government would accept her application due to the conflicting court and administration decisions.

With the Wolf memo reversed, Martinez gathered the necessary documents and applied. The application process can take up to six months, she says.

“So probably by June 2021, I will be hearing back to see if I get my work authorization and my Social Security card,” Martinez says.

As of March 2020, 16,350 DACA recipients currently reside in New Jersey, according to estimates from the American Immigration Council. A total of 22,171 people in the state have been granted DACA status since 2012.

DACA still faces another legal challenge, one that has been going on since 2018, this time in a Texas federal court. Texas Attorney General Ken Paxton filed a 2018 lawsuit questioning the legality of President Obama’s original executive order that created DACA. Eight states (Alabama, Arkansas, Kansas, Louisiana, Mississippi, Nebraska, South Carolina and West Virginia) joined Texas in the lawsuit. The states in the case argue that they face irreparable harm if DACA is allowed to continue. In their complaint, they cite bearing the extra costs of healthcare, education and law enforcement protection to DACA recipients.

Lawyers for the Mexican American Legal Defense and Educational Fund (MALDEF) are representing 22 DACA recipients in the Texas case. The Texas lawsuit is not like the other suits attempting to end DACA.

Herman contends the executive order establishing DACA was legal, saying the President, as head of the Executive Branch, has the authority to issue such orders.

“President Obama only created the program when Congress failed to act,” Herman says. “I don’t think there was anything wrong with the program and hope it will continue until we get a legislative solution.”

Back in 2018, U.S. District Court Judge Andrew Hanen declined to temporarily halt the program, arguing that ending the program “was contrary to the best interest of the public.” However, he held a hearing in the case in December 2020. MALDEF attorneys hope that Judge Hanen reaches the same conclusion as he did in 2018. He could also decide to give the states bringing the suit a full hearing, make a ruling on DACA’s legality or decide that the states haven’t proven harm, dismissing the case. At press time, the judge had not rendered a decision yet.

Jason Hernandez, an attorney and director of Rutgers Immigrant Community Assistance Project, says the Texas case will likely be appealed, regardless of which way Judge Hanen rules. During the appeal process, the “status quo” will be maintained, he adds.

An overhaul of the country’s immigration laws is long overdue, Herman says. “There has not been comprehensive immigration reform in over 30 years, which means the current immigration laws are not adequate to address the current reality in our country,” she says. “This is one area where there is pretty broad agreement for providing support to Dreamers. They’ve grown up here for most of their lives, have gone to school here, and should have options for a more permanent path to residency and ultimately citizenship.”

Glossary Words
appealed — when a decision from a lower court is reviewed by a higher court.
arbitrary—random.
capricious—unpredictable.
rescission—revocation, cancellation or repeal of a law, order or agreement.
statutory—required or permitted by law or statute.
upheld — supported; kept the same.

This article originally appeared in the winter 2021 issue of Respect, our diversity newsletter.