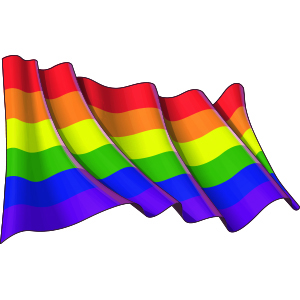 LGBTQ (Lesbian, Gay, Bisexual, Trans, Queer or Questioning) rights in the United States have advanced over the past decades. Members of the LGBTQ community, however, still face discrimination that others do not. A recent U.S. Supreme Court decision may signal a shift.

In June 2020, the U.S. Supreme Court handed down a landmark, pro-LGBTQ rights decision in Bostock v. Clayton County. Although Bostock deals with employment discrimination, the Court’s decision has far-reaching implications in other areas as well, including health care, housing and education. The Court ruled that Title VII of the 1964 Civil Rights Act, which prohibits discrimination on the basis of sex, includes sexual orientation and gender identity.

A closer look at Bostock

Title VII of the Civil Rights Act of 1964 protects federal employees and employees in businesses with over 15 workers against discrimination based on race, color, national origin, religion and sex. Bostock combined three employment discrimination cases into one, including two cases of discrimination against gay men and one case against a transgender woman.

In the transgender case, Aimee Stephens, who had worked at a funeral home for six years, advised her boss that she was a transgender woman and would begin dressing as a woman at work. Two weeks later she was fired. In another case, Gerald Bostock, who worked with neglected and abused children, was fired after it became known at work that he had joined a gay softball league. The third case involved a skydiver who revealed his status as a gay man and was fired after a customer complained.

“Today, we must decide whether an employer can fire someone simply for being homosexual or transgender. The answer is clear,” U.S. Supreme Court Justice Neil Gorsuch wrote in the Court’s majority opinion. “An employer who fires an individual for being homosexual or transgender fires that person for traits or actions it would not have questioned in members of a different sex. Sex plays a necessary and undisguisable role in the decision, exactly what Title VII forbids.”

In his opinion for the Court, Justice Gorsuch gave a hypothetical situation to explain his reasoning. “Consider, for example, an employer with two employees, both of whom are attracted to men. The two individuals are, to the employer’s mind, materially identical in all respects, except that one is a man and the other a woman,” Justice Gorsuch wrote. “If the employer fires the male employee for no reason other than the fact he is attracted to men, the employer discriminates against him for traits or actions it tolerates in his female colleague.”

Professor Carpenter calls Bostock “a milestone for LGBTQ rights” pointing out that Title VII covers employees nationwide. Prior to the Court’s decision, 26 states allowed people to be fired for being gay or transgender.

Professor Carpenter notes that the ruling in Bostock could provide the basis for interpreting other federal laws prohibiting sex-based discrimination. It has already had an effect on the military’s transgender ban.

In 2016, President Barack Obama lifted the ban on transgender people openly serving in the military, a prohibition that had been in place since 1960. In 2017, however, President Donald Trump brought the ban back, resulting in lawsuits challenging its constitutionality. At first, injunctions prevented the ban from going into place, but a U.S. Supreme Court decision in January 2019 held that the injunctions could be lifted while the lawsuits continued.

The case of Gavin Grimm

Gavin Grimm, a transgender male student sued Virginia’s Gloucester County School District in 2015 for the right to use the boy’s bathroom at his high school. The American Civil Liberties Union (ACLU) represented Grimm, arguing the school district’s bathroom policy was unconstitutional under the 14th Amendment (equal protection under the law) and Title IX.

U.S. Circuit Court Judge Henry F. Floyd wrote, “After the Supreme Court’s recent decision in Bostock…, we have little difficulty holding that a bathroom policy precluding Grimm from using the boy’s restrooms discriminated against him ‘on the basis of sex.’”

In a statement released by the ACLU, Grimm said, “All transgender students should have what I was denied: the opportunity to be seen for who we are by our schools and our government. Today’s decision is an incredible affirmation for not just me, but for trans youth around the country.”

Despite the decision in Bostock and other lower court rulings, other states, including Oregon, Iowa and Florida, are attempting to pass similar “bathroom bills” like the one that was struck down in Virginia. In February 2021, the Gloucester County School District again appealed the Fourth Circuit’s ruling to the U.S. Supreme Court.

In April 2020, Idaho passed the Fairness in Women’s Sports Act, which blocks transgender girls from participating in girl’s and women’s sports. This ban, the first of its kind in the nation, would allow anyone to challenge an athlete’s gender and require medical testing. Supporters of the measure (HB 500) believe transgender females, who were assigned male at birth, have physical advantages over cisgender females, those whose identity and gender correspond to their birth sex. Louisiana, Arizona, Alabama and Tennessee are considering similar bills.

The ACLU filed a lawsuit arguing that the Idaho ban was unconstitutional and violated Title IX, which prohibits sex discrimination in any educational institution that receives federal funding. The plaintiffs in the case include a transgender female athlete who wants to compete on her college’s cross-country team, and a cisgender high school athlete who is concerned about having to undergo invasive physical exams and genetic testing to prove her biological sex.

In August 2020, U.S. District Court Judge David Nye issued a temporary injunction prohibiting the law from going into effect. Judge Nye issued the injunction since he believes the case was “likely to succeed” in the court system.

“While the citizens of Idaho are likely to either vehemently oppose or fervently support the Act, the U.S. Constitution must always prevail,” Judge Nye said.

In protest of the Fairness in Women’s Sports Act, more than 400 student-athletes, as well as prominent professional athletes like tennis pioneer Billie Jean King and soccer star Megan Rapinoe, are urging the National Collegiate Athletic Association (NCAA) not to host any events in Idaho.

Glossary Words
appealed — when a decision from a lower court is reviewed by a higher court.
cisgender—term for people whose gender identity matches the sex they were assigned at birth.
homosexual — a person who is emotionally, romantically, physically and/or sexually attracted to those of the same sex.
injunction — a judicial order that requires halting a specific action.
majority opinion — a statement written by a judge or justice that reflects the opinion reached by the majority of his or her colleagues.
overturned — to void a prior legal precedent.
transgender—a person whose gender identity—their deeply held knowledge of their gender—and/or their expression of gender is different from cultural expectations based on the gender they were assigned at birth.

This article originally appeared in the winter 2021 issue of Respect, our diversity newsletter.