White Supremacy Rises Across the Nation 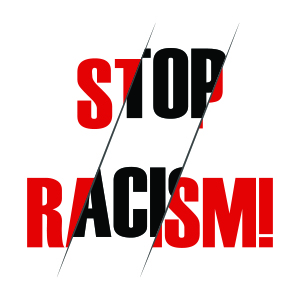 The Anti-Defamation League (ADL) defines white supremacy as a term that characterizes an ideology, which goes beyond racism or bigotry. This ideology seems to be on the rise. Time Magazine reported that in June 2020 alone Facebook removed 190 accounts that had ties to white supremacist groups.

According to ADL, white supremacist ideology comprises one or more of the following tenets: 1. whites should have dominance over people of other backgrounds, especially where they may co-exist; 2. whites should live by themselves in a whites-only society; 3. white people have their own “culture” that is superior to other cultures; 4. and white people are genetically superior to other people. In addition, the ADL states that most white supremacists also believe “the white race is in danger of extinction due to a rising ‘flood’ of non-whites, who are controlled and manipulated by Jews, and that imminent action is needed to ‘save’ the white race.”

Patrick Breen, a history professor at Providence College in Rhode Island, told The Washington Post that the concept of white supremacy is “older than the country itself” and it didn’t start with slavery but with the fear of Native Americans.

“There was a concern [by the colonists] that there would be a genocide if the Indians united,” Professor Breen said. He goes on to say that in 1619 when the first enslaved Africans were brought to America, that fear was transferred to them.

Mark Pitcavage, an expert on right-wing extremism for the ADL, told The Washington Post, “Before the Civil War, you had people who argued that whites and Blacks could not live together unless it was a situation where Blacks were under the control of whites. They argued that if you had emancipation, you’d inevitably have a race war.”

The Southern Poverty Law Center (SPLC), a nonprofit legal advocacy organization, tracks hate groups through its Intelligence Project. SPLC reported in 2019 that the number of hate groups nationwide has been rising since 2014. In 2014, SPLC tracked 784 hate groups. By 2019, they reported 940 active hate groups across the country. SPLC divides these groups into categories, such as white nationalist, neo-Nazi and Ku Klux Klan, to name a few. However, many of the ideologies of these groups overlap. According to its 2019 report, there are 148 active white nationalist groups across the country, 112 neo-Nazi groups and 51 active Ku Klux Klan groups. Many of these groups recruit members online on platforms like 4chan, Reddit and Instagram, as well as through video gaming.

Daniel Byman is a senior fellow at the Brookings Institution, a nonprofit public policy organization based in Washington, DC whose mission is to conduct in-depth research to solve societal problems. He says that white supremacists took delight in the killing of George Floyd, with some holding signs during the protests that read: “A knee is the new noose!!” Byman, who specializes in foreign policy and counterterrorism, says that white supremacists are pushing the concept of “accelerationism,” which is the notion that by increasing civil disorder they can foster more polarization.

For example, in his manifesto, John Earnest, who in 2019, killed a worshipper in a synagogue in San Diego, wrote, “I used a gun for the same reason that Brenton Tarrant [the shooter that killed 50 people at a mosque in New Zealand] used a gun. The goal is for the US government to start confiscating guns. People will defend their right to own a firearm—civil war has just started.”

“Basically, [they] find issues that divide people, like race or guns, and worsen the divisions,” Byman says. “So [they] try to strengthen extreme positions and destroy the middle ground.” Byman says these groups believe that this strategy of accelerationism makes what they call “The System” collapse more easily.

In September 2020, Christopher Wray, director of the Federal Bureau of Investigation (FBI), testified before the House of Representative’s Homeland Security Committee, advising that the majority of domestic terrorism incidents were from white supremacists. Wray revealed that the FBI conducts approximately 1,000 domestic terrorism investigations per year and has made more than 120 arrests this year. He said that white supremacist extremists “will remain the most persistent and lethal threat in the homeland through 2021.”

On the rise in NJ

While you may think that white supremacy is only a problem in the South, that’s not true. According to SPLC, there are 11 hate groups operating statewide in New Jersey.

In February 2020, the New Jersey State Office of Homeland Security and Preparedness issued a threat assessment, raising the threat level of homegrown violent extremism, specifically white supremacist extremism, from “moderate” to “high.” That threat level is higher than that of al-Qaeda or ISIS, which are both rated as “low.” The report states, “Supporters of this [white supremacist] ideology demonstrate the willingness and capability to carry out attacks, direct and inspire sympathizers online, and attempt to network globally.”

Experts say this threat level is not unique to the Garden State. Other parts of the country are seeing similar threats, but New Jersey released its research and analysis publicly. The threat assessment cited 44 domestic terrorist incidents in the United States, with four having ties to New Jersey. In addition, six of the 41 violent extremists arrested for these incidents were caught in New Jersey or New York. The assessment also reported an increase in recruitment efforts. There were reports of 168 instances of white supremacist groups distributing propaganda in 2019, which is an increase from just 46 incidents in 2018. The ADL also reports that these groups target college campuses. Sixteen Pennsylvania and New Jersey colleges were targeted last year, including Princeton University and Rutgers University.

Currently domestic terrorism is not a federal crime, though Byman notes that there is a push to make it one. Most of the violence in these cases, however, is already covered under state law, he says.

“Dylann Roof, who murdered Black churchgoers, was charged with multiple counts of murder, but not terrorism,” says Byman, who notes that murder is a serious charge. He says there are many ways to counter the threat of white supremacy.

“When [threat of white supremacy] is violent, it is vital for the police and FBI to arrest members and then for them to be prosecuted and jailed,” Byman says. “Social media companies like Facebook can also ‘de-platform’ groups and members to prevent them from having a way to get their message out, and politicians must also condemn them and encourage people to reject their messages.”

Byman says that white supremacist violence goes up and down, so it’s good to take a long-term perspective. He notes that in your grandparents’ day white supremacy was just taken for granted in much of the country.

“White supremacists often worked with local law enforcement and were tolerated by the federal government,” Byman says. “Now they are much more likely to be on the run. [White supremacy] remains a virulent strain on American politics, but certain ideas that white supremacists find abhorrent, such as intermarriage, LGBTQ rights and equality before the law, are now mainstream ideas.”

Glossary Words
bigotry: intolerance of those of different races or religions.
ideology: principles ora way of thinking that is characteristic of a political system.
tenet: principle or theory.
virulent: infectious or contagious.