Reform Efforts to Police the Police 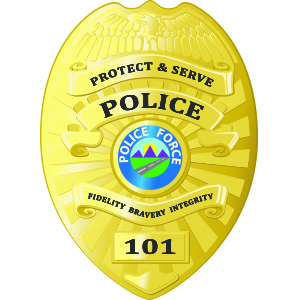 Michael Brown. Tamir Rice. Eric Garner. Philando Castile. You may recognize the names. They have two things in common—all were killed at the hands of the police and they are all African American.

Many more names could be added to the list. According to data compiled by The Washington Post, “The rate at which Black Americans are killed by police is more than twice as high as the rate for White Americans.” Activists have been pushing for police reform for decades. During the summer of 2020 things reached a fever pitch.

The tipping point was the death of George Floyd on May 25, 2020. Floyd was killed when a Minneapolis police officer knelt on his neck for nearly nine minutes, despite pleas from Floyd that he couldn’t breathe. Floyd’s crime? He allegedly passed a counterfeit $20 bill at a grocery store.

Fueling the fire was the investigation into the death of Breonna Taylor, who had been killed on March 13, 2020. Taylor was shot multiple times by police in her own apartment. Louisville, KY police officers were conducting a narcotics investigation and executing a no-knock search warrant. Such warrants allow law enforcement to forcibly enter homes without warning. Louisville Metro Police officials insist that officers announced their presence in the Breonna Taylor case and identified themselves several times before entering her apartment via the use of a battering ram.

In September 2020, a Kentucky grand jury indicted one of the detectives, not for killing Taylor, but for endangering her neighbors by recklessly firing his gun. The two officers that actually shot Taylor were not charged. Derek Chauvin, the officer who knelt on George Floyd’s neck, however, has been charged with second-degree unintentional murder and second-degree manslaughter. The three other officers involved in Floyd’s death face charges of aiding and abetting second-degree murder.

The outcry over these and many other deaths prompted some legislative reform. For example, Louisville legislators banned no-knock warrants and mandated that police wear body-cameras during the execution of search warrants. Baltimore and Los Angeles lawmakers reduced police department funding, something that some activists have demanded. New York state politicians, meanwhile, authorized the public release of police disciplinary records. In New Jersey, leaders expanded the state’s use-of-force database and launched crisis intervention team training in four cities.

On the federal level

Federal reforms were proposed as well. In June 2020, the House of Representatives passed the George Floyd Justice in Policing Act of 2020. The legislation contains many police reforms, including banning the use of no-knock warrants and chokeholds and restricting qualified immunity for police officers that engage in misconduct. At press time, the Senate had yet to take up the House’s bill for a vote.

The Senate proposed its own bill, which would limit, but not ban, chokeholds. The legislation would also not restrict no-knock warrants or qualified immunity. In June 2020, the Senate proposal failed to get the 60 votes needed to advance to the floor of the Senate for debate.

Dr. Paul Hirschfield, a sociology professor at Rutgers University who focuses on the consequences of intensified surveillance, explains that qualified immunity is a principle that the U.S. Supreme Court created. It states that police are not liable in civil lawsuits for injuries they inflict during the course of their normal duties.

“George Floyd’s murder provides an opportunity for police reform, and reform advocates recognize that qualified immunity is a major obstacle to holding individual, abusive police officers accountable in civil court,” Dr. Hirschfield says. “The best way to fix this problem is through legislation that declares that qualified immunity is not a permissible defense against lawsuits arising from on-duty misconduct.”

The U.S. Supreme Court had the chance to re-examine the qualified immunity doctrine it created nearly four decades ago with nine appeals cases that were requesting the Court’s consideration.

“There are many calls, from both sides of the aisle, for a reconsideration of qualified immunity,” notes Dr. Bill McCarthy, a dean at Rutgers University’s School of Criminal Justice. “People argue that it reduces government officials’ responsibility for their own conduct and thus encourages misbehavior; others argue that this misbehavior has been disproportionately directed at racial, ethnic and gender minorities. In the George Floyd case, the question is can his family win a suit for damages for wrongful death against the officer who killed him?”

In an unsigned June 15 order, the U.S. Supreme Court refused to re-examine any of the pending qualified immunity cases, prompting a dissent from Justice Clarence Thomas, who wrote, “I continue to have strong doubts about our Section 1983 qualified immunity doctrine.”

In a statement, the American Civil Liberties Union (ACLU) responded to the Court’s decision by urging Congress to abolish qualified immunity through legislation, “ensuring that no government actor can evade accountability for violating constitutional rights.”

Besides ending qualified immunity, police reform advocates have also urged leaders to defund and/or abolish police departments. These terms have caused controversy and confusion over what they really mean. In a blog post on Montclair University’s website, Jessica S. Henry, a professor of Justice Studies and a former public defender, explains the complex issue.

For example, Professor Henry explained, “defunding the police” means “redirecting funds traditionally allocated for police to social service agencies” and “scaling back the size and scope of police responsibilities and investing in social services that help people.” She points to statistics that reveal nine out of 10 police calls are for nonviolent events.

The call to abolish the police, which means to dismantle an existing police force in order to restructure it, was strong in George Floyd’s hometown of Minneapolis. A majority of the city council agreed in June 2020 to dismantle the police department; however, the likelihood of such a change actually happening is currently unclear. The council has taken the first step toward its goal: Proposing an amendment to the city’s charter (basically, its constitution) to allow for the disbandment. Voters would need to approve the measure, however, before any change could occur.

Abolish the police proponents have cited Camden, NJ as a model of successful reform. The New Jersey city disbanded its police department in 2013 in favor of a county-run force. New officers trained in de-escalation tactics and community policing helped reduce violent crime and civilian complaints. Scholars and experts, however, warn against using Camden as a model for police reform.

“We should be very cautious about using one case as ‘proof’ that something works,” Dr. McCarthy says. “The approach Camden used may work in other cities, but Camden may have a number of attributes that may make it special. A good approach would be to take several cities that are alike in many ways and have some follow Camden’s approach and another keep its current practices.”

“I think Camden is more of a model of full replacement than defunding,” he notes. “I would imagine the Camden County police department is better funded than the Camden City police department. I suspect that better funding has enabled them to hire better officers and offer better police services. I am concerned about the curtailment of civil liberties associated with their surveillance technologies. But we should listen to the residents and see what they think of their police department.”

Another demand that police reform activists have made is the removal of the police presence from American schools in the form of school resource officers (SRO). The SRO program began in the 1950s as a way to improve the relationship between police and youth. The program gained more support in the 1990s in response to school shootings. Today, the National Association of School Resource Officers estimates that as many as 20,000 SROs are in schools nationwide.

According to analysis by the Education Week Research Center, which looked at data from 43 states and the District of Columbia, schools with a police presence are more likely to refer students to law enforcement, even for non-violent behavior. In addition, Black students are more likely than their peers to be arrested at school.

Dr. Hirschfield has reviewed several studies examining the effects of SROs on crime, which suggest that installing an SRO increases both arrests and recorded crimes in school.

“This result is hardly surprising given that more police likely means more crimes will be detected, reported to the police, and ultimately recorded as crimes. That result does not mean that police increased crime,” Dr. Hirschfield says. “But if police do reduce crime eventually we would expect to see a decrease in recorded crime over the long term and that result has not been reported.”

Don Bridges, who has 20 years of experience training SROs and is a Baltimore police officer, told National Public Radio (NPR) that law enforcement still has a place in schools. Officer Bridges, who is Black and a former president of the National Association of School Resource Officers, told NPR a positive story of running into one of his former students, now 38 years old.

“He’s a man of color. He said to me, ‘I want to thank you for helping me,’” Officer Bridges said. “A few years ago, he and his friends were stopped by the police. He said, ‘because of what you taught us while I was in high school, I was able to communicate with those officers. And I feel that if I had not used the strategies that you shared with us, that situation would have gone south.’”

The American Federation of Teachers (AFT), the second largest labor union for teachers in the United States, passed a resolution in June 2020 laying out 19 commitments to combat systemic racism, including the separation of school safety from policing and police forces.

“We must do all we can to create safe and welcoming environments,” AFT President Randi Weingarten said in a statement. “That requires us to rethink school security starting with separating police forces from schools and ending the militarism and zero tolerance policies that have criminalized so many of our students of color.”

Glossary Words
abetting: encouraging or assisting someone to commit a crime.
dissenting opinion: a statement written by a judge or justice that disagrees with the opinion reached by the majority of his or her colleagues.
indicted: to be charged with a criminal act by a grand jury.
manslaughter: unlawful killing of a human being without premeditation.