Famous Protests That Made a Difference 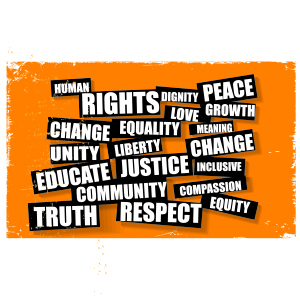 The right to protest has deep roots in our nation. The United States was founded on it, and Americans hold the right dear.

As the accompanying article mentioned, the Black Lives Matter protests have been the largest in our country’s history, with more than 1,300 demonstrations and counting. Below are five other influential protests.

It wasn’t a party. It was a protest. This protest was not the first in our country’s history, but it was definitely the most significant of its time. The American colonists were protesting harsh taxes from the British, specifically the Tea Act of 1773, which essentially granted the British East Indian Company a monopoly. The colonists were also upset that even though they paid taxes, they enjoyed no representation in Parliament. Taxation without representation, sound familiar?

Over the course of three hours, approximately 100 colonists dumped 45 tons of tea belonging to the British into Boston Harbor. The protest was met with punishment from the British, with Parliament passing more retaliatory measures, including closing the Boston port until the debt from the ruined goods was paid. The spark of revolution was lit, however, and the American Revolution would follow.

By the time this parade/demonstration down Pennsylvania Avenue in Washington, DC was held, women had been fighting for suffrage for 60 years. Organized by the National American Woman Suffrage Association and suffragist Alice Paul, the demonstration was intentionally held the day before Woodrow Wilson was to be inaugurated as President of the United States (inauguration day was held in March back then).

More than 5,000 suffragists marched in the parade, which turned violent when spectators attacked some of the women. More than 100 women were injured. The demonstration brought more attention to the cause of women’s suffrage. Seven years later, after many more protests and demonstrations, the 19th Amendment to the U.S. Constitution, granting women the right to vote, would be ratified.

March on Washington for Jobs and Freedom—August 18, 1963

More than 250,000 demonstrators marched to the Lincoln Memorial to protest the unequal treatment of African Americans. The march concluded with Dr. Martin Luther King Jr. delivering his “I Have a Dream” speech.

“I have a dream that my four little children will one day live in a nation where they will not be judged by the color of their skin but by the content of their character,” Dr. King said.

This march is credited with spurring then President John F. Kennedy to action in pushing for civil rights legislation.

These riots were in response to repeated raids on the Stonewall Inn, a local gay bar in New York City’s Greenwich Village. Protests continued for six days and many credit that time for the birth of the LGBTQ Movement, with several gay-liberation organizations being formed in response. One year after the riots, the Christopher Street Liberation Day march was organized, which led to the annual gay pride events that are held worldwide every year in the last week of June. Since then, the LGBTQ community has made great strides in expanding rights for these marginalized Americans, including marriage equality, which was passed in 2015.

There had been numerous protests held by student demonstrators on college campuses during the 1960s to protest the Vietnam War. By the 1970s, what would become known as the “May Day Tribe” was formed. This groups included members of the People’s Coalition for Peace and Justice and the War Resisters League and they used more aggressive tactics, including forming barricades to block traffic in in the nation’s capital. Their organizers said, “If the government won’t stop the war, we’ll stop the government.” The May Day Protests, which began on May 3rd in Washington, DC and continued until May 5th, were a series of civil disobedience actions, to protest the Vietnam War.

The Nixon Administration authorized the deployment of 4,000 troops from the U.S. 82nd Airborne to aid the DC Metro Police and 2,000 National Guard members in suppressing the demonstrations. Protestors were sprayed with tear gas and when all was said and done, more than 7,000 were arrested on that first day, the largest mass arrest ever in the United States. On May 4th, another 2,000 demonstrators were arrested while conducting a sit-in outside the Justice Department. On the final day, at a rally on the steps of the U.S. Capitol, 1,200 more people were arrested. All tolled, 12,614 people were arrested over the three days. Only 79 protestors were eventually convicted.

As for the other protestors, the American Civil Liberties Union sued in federal court on their behalf. The federal court recognized that in some cases the protestors’ right to freedom of assembly had been violated and ordered the government to pay financial compensation.

Students from Marjory Stoneman Douglas High School in Parkland, Florida organized this march, which was held in Washington, DC. The month before, on Valentine’s Day, 17 people were killed in the school when a former student opened fire on them with a semi-automatic weapon. The march, along with affiliated protests across the country, brought turnout for the cause on that day to approximately two million demonstrators.

The students were able to shine a light on the gun-control issue and advocate for stricter laws. As a result of their activism, the Florida State Legislature passed the Marjory Stoneman Douglas High School Public Safety Act. Among other things, the Act raised the minimum age for gun purchase to 21 and increased the waiting period to three days, allowing for a background check.

Glossary Words
civil disobedience: refusal to comply with certain laws as a peaceful form of protest.
monopoly: exclusive control of the supply or trade in a commodity or service.
ratified: approved or endorsed.
suffrage: the right to vote in political elections.