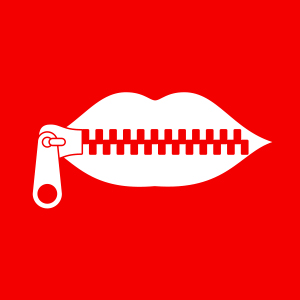 Of all the amendments in the Bill of Rights, you may be most familiar with the Fifth, especially if you’re a fan of cop shows or courtroom dramas. You’ve probably heard the term, “Taking the Fifth.” You may even have a vague idea of what double jeopardy is.

So, let’s get into it. The Fifth Amendment consists of five clauses—grand jury protection, double jeopardy, right against self-incrimination (that’s where you take the Fifth), right to due process and the takings clause.

According to David A. Harris, a professor at the University of Pittsburgh School of Law, the Framers of the U.S. Constitution included the rights laid out in the Fifth Amendment after seeing firsthand the way a government can abuse the rights of citizens. Professor Harris, who teaches courses on criminal justice policy and criminal procedure, says the U.S. Constitution created a good government structure and then the added amendments protect individual rights, as well as the rights of citizens to oversee the government.

“The Fifth Amendment is geared toward protecting the individual against the use of government power, chiefly through the criminal process,” Professor Harris says.

The first clause of the Fifth Amendment states: “No person shall be held to answer for a capital, or otherwise infamous crime, unless on a presentment or indictment of a Grand Jury…” So, first of all, a capital crime is one that, if convicted, the punishment could be life in prison or death. The courts have determined over the years that an infamous crime is essentially a felony where the accused faces a prison term of more than one year. These types of federal crimes are the only ones where a defendant is entitled to a grand jury.

A grand jury is made up of ordinary citizens, selected from the regular jury pool and consists of anywhere from 12 to 23 members. Sitting on a federal grand jury requires a longer time commitment than regular jury duty, anywhere from 18 to 36 months. A grand jury, however, doesn’t meet everyday during that time period, like a regular jury would. Usually a grand jury meets either once a week or a few times a week to hear cases.

A prosecutor presents the case and must convince the members of the grand jury that there is probable cause that the accused should be indicted for the crime. The grand jury does not decide guilt. If it is convinced that there is enough evidence to proceed, it will issue an indictment and a trial will be held with a different jury.

Per the Fifth Amendment: “…nor shall any person be subject for the same offence to be twice put in jeopardy of life or limb…” So, when is someone put “in jeopardy?”

“Jeopardy in this sense means to have criminal charges filed against oneself, and then to be put on trial and have that trial begin, with the seating of a jury,” Professor Harris says. “Once those things happen, the person is ‘in jeopardy’ on those charges, whatever they are.”

The thing that is in “jeopardy” is the liberty of the accused who, depending on the crime, could face a long prison sentence, or the possibility of losing their life if convicted of a crime that carries the death penalty. Professor Harris says that if the accused is acquitted, he or she cannot be retried on those charges—that would be when double jeopardy kicks in.

In the 1957 U.S. Supreme Court case of Green v. United States, Justice Hugo L. Black wrote about double jeopardy, stating, “The underlying idea…is that the State with all its resources and power should not be allowed to make repeated attempts to convict an individual for an alleged offense, thereby subjecting him to embarrassment, expense and ordeal and compelling him to live in a continuing state of anxiety and insecurity, as well as enhancing the possibility that even though innocent he may be found guilty.”

Professor Harris notes that there are ways to get around double jeopardy, including filing federal charges after an acquittal on state charges or vice versa.

That happened in the infamous Rodney King case, where Los Angeles police officers were acquitted in 1992 of state criminal charges in his beating, but then were tried in federal court and convicted of federal civil rights violations.

The concept behind the right against self-incrimination (“nor shall be compelled in any criminal case to be a witness against himself…”) is that individuals charged with a crime should be proven guilty. Defendants should not have to prove their innocence. The Miranda Warning, another term you may have heard of from television and movies, comes from this Fifth Amendment right.

The requirement that law enforcement advise a suspect of his or her right against self-incrimination derives from the 1966 U.S. Supreme Court case of Miranda v. Arizona. Ernesto Miranda was arrested in 1963 and accused of the rape and kidnapping of an 18-year-old woman. Miranda confessed to the crime under police questioning; however, his attorney argued that Miranda wasn’t informed that he did not have to speak to police, or that he could request an attorney.

The Court held in Miranda that “the prosecution may not use statements…stemming from custodial interrogation of the defendant unless it demonstrates the use of procedural safeguards effective to secure the privilege against self-incrimination.”

In other words, the police are required to advise suspects in custody of their rights under the U.S. Constitution. As a result of the Court’s ruling, Miranda’s conviction was thrown out and his confession could not be used against him at his re-trial. Things didn’t go so well for Miranda there. Relying on other evidence against him, the prosecution secured a conviction and he was sentenced to 20-30 years in prison. The Miranda case is why we call it a Miranda Warning. It is also sometimes used as a verb, as in to Mirandize someone who is under arrest.

Was the Miranda ruling needed or did it just clarify a right already granted by the Fifth Amendment? Professor Harris says, while the Fifth Amendment already forbade the “use of government coercion to force people to confess,” Miranda Warnings do more than just clarify that right. He also notes that before the Miranda ruling, the courts simply asked whether a confession had been given voluntarily and without coercion, making it easy for police to use what he calls “questionable tactics.”

“The Miranda Warning is designed to do more than simply ask whether the statement was given without coercion,” Professor Harris says. “It is designed to inform the citizen that she doesn’t have to answer or speak, but that if she does, police will use it against her, and that if she would like legal representation before or even during a statement, she can have a lawyer. None of that is included in the Fifth Amendment, so the Miranda Warnings are designed to support and safeguard the Fifth Amendment guarantees.”

It should be noted that, while the Miranda Warning provides protection for suspects, it doesn’t mean that he or she cannot be charged or tried for a criminal act. It simply means that any confession or statement given without a Miranda Warning could be ruled inadmissible. Other evidence obtained apart from an inadmissible confession could be used against the suspect.

Taking the Fifth is not only available to the accused. Witnesses can also invoke it during a trial. According to the 1965 U.S. Supreme Court decision in Griffin v. California, a prosecutor can’t infer to the jury that a defendant is guilty if he or she elects to use their Fifth Amendment right not to testify. Juries are allowed, however, to draw a negative inference on their own if a witness “Takes the Fifth.”

Due Process and the Takings Clause

The last two clauses of the Fifth Amendment read: “…nor be deprived of life, liberty, or property, without due process of law; nor shall private property be taken for public use, without just compensation.”

The due process clause simply deals with the administration of justice, acting as a safeguard from the arbitrary denial of a citizen’s basic rights. The clause is repeated in the 14th Amendment, which ensured that it was applied to the states as well as federally.

The takings clause is also known as the power of eminent domain. Essentially, this clause means the government can take your private property if the purpose of the seizure is for public use. However, before they seize it, the government must compensate you for that property.

Public use was originally interpreted as the building of roads, bridges or schools—projects that benefit the general public. U.S. Supreme Court decisions have expanded the definition and use of the eminent domain power. With the 1954 case of Berman v. Parker, the Court expanded public use to include the redevelopment of a blighted area in Washington, D.C. The Court unanimously ruled that, “If owner after owner were permitted to resist these redevelopment programs on the ground that his particular property was not being used against the public interest, integrated plans for redevelopment would suffer greatly.”

With the 2005 ruling in the case of Kelo v. City of New London, the Court, in a 5-4 decision, broadened the public use basis for eminent domain to include property that was not blighted but which the government determined was not being put to its best economic use. This was the first time the government had used the takings clause to benefit a private entity. Speaking for the Court’s minority, Justice Sandra Day O’Connor voiced concern over the decision and what it would mean for the poor.

“Under the banner of economic development, all private property is now vulnerable to being taken and transferred to another private owner, so long as it might be upgraded—i.e., given to an owner who will use it in a way that the legislature deems more beneficial to the public,” wrote Justice O’Connor in her dissenting opinion. “The beneficiaries are likely to be those citizens with disproportionate influence and power in the political process, including large corporations and development firms. The Founders cannot have intended this perverse result.”

You may be wondering why the takings clause is included in the Fifth Amendment when the other clauses apply to criminal proceedings. Professor Harris isn’t sure.

“It is perhaps united with the criminal aspects of the Fifth by the Fifth Amendment’s due process clause, which mentions ‘life, liberty, or property,’” he says.

Glossary Words
acquitted: cleared from a charge.
blighted: decayed or ruined.
defendant: in a legal case, the person accused of civil wrongdoing or a criminal act.
dissenting opinion: a statement written by a judge or justice that disagrees with the opinion reached by the majority of his or her colleagues.
eminent domain: the right of the government to take private property for public use with just compensation.
felony: a serious criminal offense usually punished by imprisonment of more than one year.
indicted: charged with a criminal act.
indictment: an official, written accusation charging someone with a crime. An indictment is handed down by a grand jury.
probable cause: a reasonable belief in certain facts.