A Victory For Some, Not For All 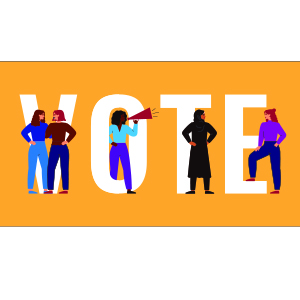 For some women the passage of the 19th Amendment wasn’t the end of the journey, but the beginning of a new struggle. While the 19th Amendment stated that a citizen’s right to vote “shall not be denied or abridged by the United States or by any State on account of sex,” voting laws were determined by the states.

In the 1920 presidential election, nearly eight million women voted, but many more were left behind, despite the passage of the 19th Amendment. Lucienne Beard, executive director of the Alice Paul Institute, a women’s rights organization, named after the well-known suffragist, argues that no one was left behind, maintaining that suffragists worked for an amendment to allow ALL women the right to vote. It was individual states that suppressed the vote, she says.

Native American women, for example, would not gain citizenship until the Indian Citizenship Act of 1924 and even then some western states, including Arizona, New Mexico and Utah, barred them from voting. The Chinese Exclusion Act limited immigration from China and severely restricted the rights of Chinese Americans, including denying them citizenship. Chinese American women would not gain the right to vote until the passage of the Immigration and Nationality Act of 1952.

African American women living in the South would wait even longer. They were disenfranchised just as their male counterparts had been after the 15th Amendment , which granted Black men the right to vote, was passed. Southern states instituted poll taxes, impossible-to-pass literacy tests and other barriers to keep African Americans from even registering to vote, let alone actually casting a ballot. It wouldn’t be until 1965 and the passage of the Voting Rights Act (VRA) that Black women and men in the South would be granted their constitutional right to vote. Black women activists, like Fannie Lou Hamer, Rosa Parks and Dorothy Height, would continue the fight, working along side Dr. Martin Luther King Jr., to make that happen.

The VRA prohibited discrimination in voting nationwide on the basis of race or being a member of a language minority group. The Act also eliminated literacy tests as a means to disenfranchise voters. A special provision of the VRA was Section 5, which required certain jurisdictions with a history of discrimination to obtain preclearance from the U.S. Attorney General before implementing any changes to voting laws. Jurisdictions covered by Section 5 included nine states in their entirety (Alabama, Alaska, Arizona, Georgia, Louisiana, Mississippi, South Carolina, Texas and Virginia), as well as parts of six other states (California, Florida, New York, North Carolina, Michigan and South Dakota). The provision was meant to expire after five years; however, Section 5 was renewed five times by Congress. Unfortunately, with its 2013 decision in Shelby v. Holder, the U.S. Supreme Court struck down Section 4 of the VRA, which has essentially left Section 5 of the Act unenforceable. Section 4 contained the formula for determining what jurisdictions were covered under Section 5.

Black women, then and now, not only have to deal with sexism but racism as well. In 1892, Anna Julia Cooper, a prominent African American scholar, wrote A Voice from the South by a Black Woman from the South. In it, Cooper wrote about what it meant to be both Black and a woman or what she called, “the woman question and the race problem.” Cooper wrote, “The colored woman of today occupies…a unique position in this country…She is confronted by both a women question and a race problem, and is yet an unknown or an unacknowledged factor in both.”

In her book, Black Women’s Christian Activism, Dr. Betty Livingston Adams, a historian and former university professor, points out that Black women were rejected for church leadership positions because of their gender and from women’s groups because of their race.

Black women also had to fight against the prejudices of Black men, who Dr. Livingston Adams says, like white men, “bought into the separate sphere ideology,” believing that women didn’t need the vote.

Dr. Livingston Adams writes in her book that obtaining the vote meant something different for Black women. “For women who had to fight for respect from white women and black and white men, the ballot represented personal protection and social justice.”

Just as gender and race are bound together for Black women, they are connected in terms of voting rights as well. Dr. Deirdre Foreman, an adjunct Sociology professor at Ramapo College of New Jersey and associate director of its Equal Opportunity Fund, says that the 19th Amendment was always tied to white supremacy and keeping power.

In 1919, when Congress was debating whether to vote for the 19th Amendment, race and the 15th Amendment were on their minds. During debates in the Senate, South Carolina Senator Ellison Smith said, “The Southern man who votes for the Susan B. Anthony Amendment votes to ratify the 15th Amendment.” He called the 19th Amendment “a crime against white civilization” and said that extending voting rights “to the other half of the Negro race would unleash new evils.”

Dr. Livingston Adams says that white suffragists were often willing to betray minorities in order to obtain the vote for themselves.

For example, in a letter to a Southern congressman, Carrie Chapman Catt, president of the National American Woman Suffrage Association (NAWSA) wrote, “The present condition in the South makes sovereigns of some negro men, while all white women are their subjects. These are sad but solemn truths. If you want white supremacy, why not have it constitutionally, honorably? The Federal Amendment offers the way.”

Beard says that after the 19th Amendment passed, many suffragists felt the fight was over, although some would continue to be active in the civil rights movement. Alice Paul, however, focused on getting women involved as political candidates and devoted her time to passing the ERA Amendment, choosing not to get involved in the civil rights movement. Confronted with the disenfranchisement of Black women in the South, Paul said that was a “race issue” not a “woman’s issue.”

Historian Rosalyn Terborg-Penn wrote, “Within a few years, white supremacy was victorious throughout the South. Unlike Black men, who had been disenfranchised within 20 years after the ratification of the 15th Amendment, Black women had lost the vote in less than a decade.”

Dr. Livingston Adams says the women’s suffrage movement “should have meant the sharing of political power,” but it fell apart after the 19th Amendment was passed “because it was never united in the first place.” She notes that the NAACP approached Paul for help with its anti-lynching campaign, expressing the desire to work together with women’s groups. Paul declined.

“The anti-lynching movement could have been the unifying movement for women,” Dr. Livingston Adams says.

Why is the right to vote so important, that women collectively fought for 72 years, and then, in the case of African American women, for 45 more?

“Voting rights is a gateway to political power,” Dr. Foreman says. “If you have the right to vote, you are part of the jury system, you’re able to run for office and make decisions about your neighborhood.”

Dr. Foreman notes that it is important to vote, not just in national elections, but also in local ones. “Local legislators, mayor, governor—those elections affect your day-to-day life,” she says. “Until our elected officials are more diverse and representative of the country, things won’t change.”

In other words, without a vote, you have no voice.

Glossary Words
disenfranchise: to deprive of a privilege or a right (such as voting).
preclearance: the process of seeking approval for changes related to voting from the U.S. Department of Justice.
sovereign: an indisputable power or authority.