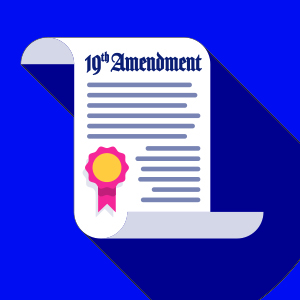 A suffragist is someone that advocates for the right to vote. A British journalist coined the label “suffragette” to mock suffragists in England. Adding the suffix “ette” to a word creates a noun that refers to something smaller. So, the word suffragette was intended to belittle suffragists. The ploy backfired as English suffragists adopted the term as a badge of honor. The term was used in the United States as well, but American women preferred the label suffragist.

When people think of noted suffragists from the Women’s Suffrage Movement, usually Susan B. Anthony, Elizabeth Cady Stanton or Alice Paul come to mind. The reality is that there were many women from all walks of life who worked tirelessly to gain women’s suffrage. Below are a few suffragists you might not know, but are definitely worth knowing.

Frances Ellen Watkins Harper (1825–1911), an African American woman who was born free in Baltimore, famously gave a speech at the 1866 National Woman’s Rights Convention where she said: “You white women speak here of rights. I speak of wrongs.” She was an author—the first African American woman to publish a novel—and an activist, fighting for women’s rights and civil rights her entire life. Along with Ida B. Wells-Barnett, she was a founding member of the NAACP and in the 1890s she led the American Association of Educators of Colored Youth.

“We are all bound up together in one great bundle of humanity, and society cannot trample on the weakest and feeblest of its members without receiving the curse in its own soul.”— Frances Ellen Watkins Harper

Mabel Ping-Hua Lee (1896–1966) moved to New York City from China in 1904. In 1912, at the age of 16, she led a group of Chinese and Chinese American suffragist marchers in a parade down Fifth Avenue. She fought for the passage of the 19th Amendment knowing that even if it passed she would not be allowed to vote since the 1882 Chinese Exclusion Act forbid it. When the Act was repealed, she was able to enjoy the right she had fought for. In the meantime, she became the first Chinese woman to receive a PhD from Columbia University and founded the Chinese Christian Center.

“No nation can ever make real and lasting progress in civilization unless its women are following close to its men if not actually abreast with them.”— Mabel Ping-Hua Lee

Elizabeth Piper Ensley (1847–1919) co-founded the Colorado Non-Partisan Equal Suffrage Association, making sure it was interracial so that Black women were part of the movement. She was instrumental in Colorado becoming the second state to grant women the right to vote. As a reporter for The Woman’s Era, she wrote about what it was like to see Colorado women vote for the first time: “The clear atmosphere brought the mountains into bold relief. A glance at their strong outline, striking fearlessly against the cloudless sky, would fill any soul with inspiration. What wonder, then, that the women of Colorado stepped forth on the morning of the 6th of November, with enthusiasm unbounded, to exercise for the first time the crowning act of citizenship.”

“Woman’s work in politics must be like that of the chambered nautilus, the spiral animal, which after completing one house or shell proceeds to make another and so is constantly advancing.”— Elizabeth Piper Ensley

Josephine St. Pierre Ruffin (1842–1924) was born in Boston and started the first newspaper for and by Black women, called The Woman’s Era, in 1890. As a journalist, she wrote for The Courant, a weekly newspaper in Boston, covering the African American community. She helped to found Boston’s chapter of the NAACP and wrote about women’s suffrage in its magazine.

“We are justified in believing that the success of this movement for equality of the sexes means more progress toward equality of the races.”— Josephine St. Pierre Ruffin

Mary McLeod Bethune (1875–1955) was known as the First Lady of Black America for her lifetime of activism. She founded a school for African American women in Daytona, FL and when the Ku Klux Klan tried to intimidate her and her students from voting in the 1920 election she stood up to them, singing a hymn while they retreated. She would become an advisor to President Franklin Roosevelt and founded many organizations for the advancement of African Americans.