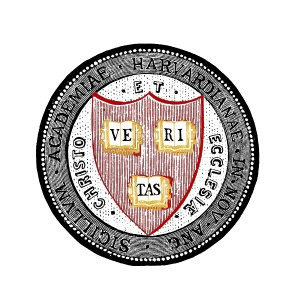 It would be great if everyone who applied to higher education were judged on merit alone and affirmative action was not needed.

But, as Andre M. Perry, an education advocate who focuses on race and inequality, wrote in a column, “The historic denial of education to African Americans, like other manifestations of racism, didn’t magically end when slavery was officially abolished, and black people today still carry the financial, social and political burden of the past. But while black students were being denied admittance to their choice of college, white people were being ushered in on the basis of privilege, not necessarily fairness or merit.”

The goal of affirmative action admission policies is to ensure students of all races and socio-economic backgrounds are represented on campus. A lawsuit brought before a Boston federal district court, however, claims Harvard University discriminated against one minority group—Asian Americans—in its effort to promote diversity on campus.

Filed in 2014 by Students for Fair Admissions (SFFA), an anti-affirmative action group, on behalf of 12 Asian Americans, the suit alleges that Harvard routinely rejects Asian American applicants based on subjective “personal” traits despite the students’ outstanding academic records. The university says it follows the standard handed down in previous U.S. Supreme Court decisions on affirmation action in higher education, which states race can be used as one factor among many in the admission process.

Victor Goode, a professor at the City University of New York School of Law who focuses on civil rights, says the U.S. Supreme Court has upheld affirmative action policies at universities because of the educational advantages of admitting students from many races and ethnic groups. At the same time, he says, the Court has put limits on how much weight is given to an applicant’s race and has rejected the idea of quotas or a “point system” where minorities would get a certain amount of “points” toward admission. In other words, race should not be the dominant factor in deciding who gets admitted.

The Harvard lawsuit, Professor Goode explains, will determine “whether Harvard was using the consideration of race in an appropriate way in the admissions process.”

The term “affirmative action” dates back to an executive order issued by President John F. Kennedy in 1961. The order required government contractors to “take affirmative action” to realize the goal of nondiscrimination. According to an article in The New Yorker, “The premise of affirmative action was that, for African Americans, the status quo was innately negative. To act affirmatively was to acknowledge the history of denigration and inequity that continued to define black life, and to come up with ways in which the future could be different.”

According to Title VI of the Civil Rights Act of 1964, any institution that accepts federal funds cannot discriminate based on race, color or national origin. Though technically a private university, Harvard falls under this provision because it receives federal funds for research and financial aid.

The U.S. Supreme Court has weighed in on affirmative action in higher education a number of times, the first being the 1978 landmark case of Bakke v. Regents of the University of California. In that case, an applicant to the school’s medical program, Allan Bakke, claimed the university unfairly rejected his application based on a quota system that set aside a fixed number of seats for minority students.

In Bakke, the Court essentially ruled against the use of what amounted to an inflexible quota system, but affirmed the basic principle of affirmative action. This led to the current standard that says while race may be factored into the admission process, it cannot be the decisive factor.

In 2016, the U.S. Supreme Court handed down another significant affirmative action decision with Fisher v. University of Texas. In that case, a white applicant to the University of Texas challenged the university’s admission method, which used race as a factor for those students who were not in the top 10 percent of their high school class. The Court ultimately decided the university’s admission selection practices followed previous decisions determining that race could be considered as long as it wasn’t the pivotal reason for admittance.

Although not a lawyer, Edward Blum was behind the Fisher v. University of Texas case and is the founder of SFFA, the organization that is bringing suit against Harvard. His organization also brought a similar case against the University of North Carolina, which is still under litigation.

“In a multiracial, multi-ethnic nation like ours, the admissions bar cannot be raised for some races and lowered for others,” Blum, who is opposed to all forms of affirmative action in college admissions, told Time Magazine.

When it came to the subjective categories, like personality and likability, Asian Americans tended to receive an overall lower grade by Harvard admissions officers. Due to that lower ranking, Asian American students allege they were more likely to be denied entrance to the college.

The lawyer for SFFA compared the Asian American experience at Harvard to the one of Jewish students in the 1920s. At that time, the president of Harvard asked the Committee on Admissions to cap the college’s Jewish population to 15 percent and only admit “Hebrews…possessed of extraordinary intellectual capacity together with character above criticism,” thereby holding them to a higher standard.

Harvard has defended its current admission practice by saying it reviews the “whole” student, and said the admission rate for Asian American students has increased nearly 30 percent over the past 10 years. In addition, Harvard noted it only admits a small percentage of students each year. The university accepted less than five percent of applicants during the 2017-2018 admission cycle, amounting to less than 2,000 students from the more than 40,000 who applied. Perfect tests scores, the university pointed out, doesn’t guarantee admittance to Harvard or any other elite college.

Headed for the Supreme Court?

Judge Allison Burroughs issued her ruling in November 2019, siding with Harvard. Ruling that the university met the constitutional standards for considering race in admissions, Judge Burroughs also said it could do more to protect applicants from the unconscious biases of its admissions officers. Ultimately, she wrote in her decision that the court couldn’t tear down “a very fine admissions program that passes constitutional muster, solely because it could do better.”

Defending the benefits of diversity, in her ruling, Judge Burroughs wrote, “Diversity will foster the tolerance, acceptance and understanding that will ultimately make race conscious admissions obsolete.” Judge Burroughs quoted a famous African American novelist, the late Toni Morrison, who said “race is the least reliable information you can have about someone.” The judge pointed out that Morrison’s words needed “to become accepted and understood before we close the curtain on race conscious admissions policies.”

Professor Goode and other legal scholars believe SFFA v. Harvard will be appealed and end up before the U.S. Supreme Court. He says the case hinges on how the Court views the issue of discrimination. Do they view affirmative action as a method to address society’s past wrongs against minorities that prevented them from educational and employment opportunities? Or, do they take a narrower view that it depends on whether someone can prove another person intentionally discriminated against them?

The courts, Professor Goode says, have typically favored whether an individual was discriminated against by another individual. Lawyers for Harvard noted during final arguments that the SFFA hadn’t produced a witness who claimed to be discriminated against by the university. Judge Burroughs asked why the plaintiffs hadn’t done so. The lawyer for SFFA contended that the statistics alone proved their case.

Writing for the majority in Fisher v. University of Texas, now-retired Justice Anthony Kennedy said, “It remains an enduring challenge to our nation’s education system to reconcile the pursuit of diversity with the constitutional promise of equal treatment and dignity.”

If the Harvard suit reaches the U.S. Supreme Court, the justices will once again contend with this challenging issue.

Glossary Words
affirm: to uphold, approve or confirm.
appealed: when a decision from a lower court is reviewed by a higher court.
denigration: to unfairly criticize someone or something.
inequity: lack of fairness or justice.
status quo: the existing state of affairs regarding social or political issues.
upheld: supported; kept the same.

This article first appeared in spring 2019 edition of Respect. It has been updated as of May 2020.