Explaining the Roots of Institutional Racism 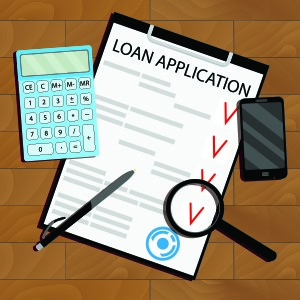 Individual acts of racism are easy to identify. A young white man shoots members of a black church. The n-word is painted on a family’s home. Black people are beaten or terrorized because of the color of their skin.

Instances of institutional racism are not so obvious. Also known as structural racism, it is defined as the continuation of inequality in societal institutions, including, but not limited to, schools, financial institutions and the court system. Whether on purpose or unintentional, this type of racism is built into the system and can affect entire racial groups, offering less chance and opportunities for minorities.

In her 2014 book, Race and Social Equity: A Nervous Area of Government, Susan T. Gooden, Ph.D., explained that racial inequality is cumulative and reinforced in society.

“Racial outcomes in health, education, employment, environmental risk, occupational status and crime are not randomly assigned,” Dr. Gooden writes. “They are embedded in a historical structure where racial minorities chronically experience pervasive negative differences. These differences compound exponentially to generate a cycle of racial saturation that continues generation after generation.”

Examples of institutional racism are when minorities don’t have access to proper medical care, when they cannot qualify for home mortgages under bank lending policies, when they are forced to live in poor communities with excessive crime, when they are arrested at higher rates and put in prison more often than others and when they do not get quality education because the schools in their neighborhood are underfunded or in disrepair.

Dr. Donnetrice Allison, a professor of Africana Studies at Stockton University, explains that institutional racism is a complex combination of factors.

“It is absolutely linked to enslavement, but more specifically, our socialization about race,” Dr. Allison says. “The notion of ‘race’ came to be to distinguish and differentiate human value, such that ‘white’ became more politically, economically and socially valuable than ‘black.’”

The notion of race, she says, helped to justify the enslavement of black people because they were deemed as “less than.”

Institutional racism was baked into the U.S. Constitution, dating back to when the Founding Fathers were determining how to calculate the number of seats each state would have in the House of Representatives. Article I, Section 2 of the Constitution states: “…shall be determined by adding to the whole Number of free Persons…three fifths of all other Persons.” Those three-fifths persons were slaves.

“There is also a power differential and a financial differential,” says Dr. Allison. “Whites were perceived to be superior and since the early establishment of the United States, they held the vast majority of the wealth and power, and anytime in our history when that has been threatened, those whites in power have lashed out with legislation that helped to maintain their wealth and power, so the cycle continues.”

There are many examples of this throughout history, the first and most historic being what many historians consider a short-lived time of “biracial democracy” after the Civil War during the Reconstruction Era. During this time, Hiram Rhodes Revels became the first African American to serve in the U.S. Senate—ironically filling the seat vacated by Jefferson Davis, who left to become the president of the Confederacy.

According to an article in The Washington Post, “For a brief period immediately after the Civil War, newly enfranchised African Americans would participate widely and freely in electoral politics, putting their candidates in office from courthouses to Capitol Hill. At its peak, at least 15 African Americans served in Congress—some of them former slaves.” According to the article, just five years after Revels was installed in Congress, the election of 1875 was “marked by violence and repression” and a “mob-fueled assertion of white political dominance.” The Ku Klux Klan was also born during this time and threatened African American politicians, assassinating a South Carolina congressman in 1868.

There are also instances of institutional racism where minorities were excluded from benefits other Americans enjoyed. For instance, The Social Security Act of 1935 excluded agricultural workers and servants, positions primarily held by African Americans. The Wagner Act of 1935 did not allow blacks to join protected labor unions. The National Housing Act of 1939 tied the property value appraisal and access to government loans to race. As a result, between 1934 and 1962, less than two percent of government-subsidized housing went to minorities.

Probably the most well known example of institutional racism came in 1896, when the U.S. Supreme Court held in the case of Plessy v. Ferguson that schools could be segregated so long as they were equal. It took 58 years for the U.S. Supreme Court to overturn the Plessy decision with Brown v. Board of Education, a ruling that held segregation in public schools is unconstitutional. The landmark Civil Rights Act of 1964 would expand rights for African Americans, prohibiting employment discrimination and banning discrimination in public facilities. The milestone Voting Rights Act of 1965, which fully secured the right to vote for all minorities, soon followed.

Embedded in our institutions

Despite the gains of the Civil Rights Movement, today institutional racism is still deeply implanted in governmental entities. Environmental protection and health care programs, for example, are slower to protect minority communities than white neighborhoods. For instance, minorities are more likely to be exposed to lead, illustrated in the case of predominantly black Flint, Michigan, where the city’s water was contaminated. Poor minority communities are also more likely to be exposed to pesticides or pollution because chemical plants are frequently built in poorer neighborhoods that don’t have the political clout to fight the government.

According to the Centers for Disease Control, in the 1850s the infant mortality rate for black babies was 57 percent higher than white babies. Today, that rate is 131 percent higher. In addition, in 2015, the infant mortality rate among black mothers with advanced degrees was higher than that of white mothers with an eighth grade education. Research has shown that chronic stress related to racism is contributing to these high statistics.

According to the United States Bureau of Justice Statistics, in 2013, black males made up 37 percent of the total male prison population compared to 32 percent of white males. Since African Americans comprise 12 to 14 percent of the total U.S. population, their imprisonment level is disproportionately high. The First Step Act, recently signed into law, aims to lessen the extreme prison sentences of the past and allow early release for many of the nearly 200,000 non-violent offenders serving time in the federal prison system. The Act may only have a slight effect on the overall mass incarceration problem in the U.S. but many believe it is a step forward.

Dr. Allison says the way the criminal justice system is set up contributes to institutional racism. “Who are the judges on the bench across this country?” she asks. “Do they believe that justice is blind or do they operate from bias and sentence black and brown men differently than they do white men? History has shown us that they absolutely do. The system would have to be completely overhauled in order to change it.”

In a column for The Huffington Post, Robin L. Hughes, a professor at Indiana School of Education writes, “Institutional racism is a powerful system of privilege and power based on race. Those powerful structures begin and are perpetuated by seemingly innocent, normal events and daily occurrences and interactions.” For instance, Professor Hughes points out the overwhelming research that indicates people tend to hire those that “act and look exactly like themselves.” Statistics show that white males make up nearly 75 percent of Fortune 500 company boards.

“Since racism is so deeply embedded in our culture, we cannot assume that those who benefit from a powerful system of privilege built on race will somehow learn to see or even want to see inequity and institutionalized systems of racism overnight,” Professor Hughes writes.

Many believe that once institutional racism is identified, it can be specifically addressed over time with legislation. Dr. Allison disagrees.

“We cannot eliminate institutional racism unless those in power who deem themselves superior and worthy to maintain their power, give it up. There is power in numbers and those who have maintained positions of power in our government for generations have always understood that,” she says and suggests that “poor blacks and whites” can join together in “alliances for needed change.”

While America has come a long way in matters of race, there is no question that there is a long way yet to go.

Glossary Words
enfranchise: give the right to vote.
mortality: death or the number of deaths in a certain population.
pervasive: common or widespread.
segregation: the enforced separation of different racial groups in a country, community or establishment.

This article first appeared in the spring 2019 edition of Respect.