Vote Locally If You Want to Make a Difference 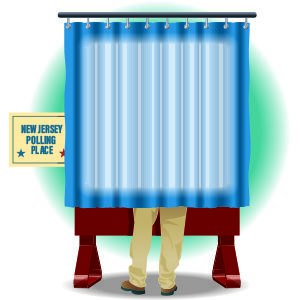 In November 2018, voters exercised their right and responsibility to vote in mid-term elections—at least some of them did. Voter participation usually goes down when the election of a president is not at stake.

In the past, according to Kirsten Nussbaumer, associate director of the Center for State Constitutional Studies and an assistant professor in the Political Science Department at Rutgers, voters were as mobilized for a mayoral or gubernatorial race as for a presidential election. So, what changed?

Political scientists cite many factors to explain the drop-off in voter turnout during non-presidential years, according to Professor Nussbaumer. Among them are: the higher name recognition of presidential candidates; national politics tend to monopolize media coverage; state and local media outlets have been shrinking, therefore shrinking coverage of local candidates and elections as well. In addition, political parties tend to put more resources behind voter participation during a presidential election year because that is when their donors give the most money.

All elections have consequences and it is just as important to vote in state and local elections, as it is to cast your vote for president of the United States. The reality is, however, that the outcome of local elections has a greater affect on citizens.

“Almost half of all government spending in the U.S. is by local and state governments,” Professor Nussbaumer says. “Despite the great expansion of the role of the federal government in the 20th Century, far more of our laws about crime, housing, public health and safety, education, transportation, family law and commerce are still made and administered at the state and local level.”

While presidential elections hog most of the spotlight, the average citizen will be more affected by local lawmakers (those running for state legislatures, town council, etc.) rather than the president. Local lawmakers create the laws that you will be required to follow on a daily basis.

“Before a law is passed it must be voted on at your state Senate and state House of Representatives before your governor decides to approve it, veto it or allow it to pass into law,” Becky Kip, CEO of Hear My Voice, a civic engagement platform, wrote in an opinion piece for The Hill. “Local politics influence all of the decisions that have a direct influence on our day-to-day lives, from the laws we’re most worried about abiding by, to the streets we drive on and whether or not they’re riddled with potholes, to whether or not we’ll have to pay for plastic bags at the grocery store, and more.”

The stakes of a local election are high, Professor Nussbaumer says, pointing out that local officials can impact students’ lives as well.

“Your local city council, school board, sheriff or mayor may make decisions that could make or break [for example] a high school student’s career prospects, such as the line-drawing and resource allocation between school districts, or the question of whether to punish a student who is acting up as a mere school discipline problem or as a serious crime requiring incarceration,” she says.

Professor Nussbaumer also points out that lower turnout and interest by voters and the media at the local and state level creates an “increasing accountability gap.”

“When local politicians do not need to worry about voters and journalists, evidence suggests that the rate of government corruption goes up,” she says.

Preferring to focus on hope, Professor Nussbaumer touts the potential that can come if citizens recognize the high stakes of local and state elections and the fact that you have a greater chance of making a difference in local elections.

It’s a matter of math, she says. “One voter is worth more in determining a local election outcome than a federal one, thanks both to the much smaller size of the eligible electorate and the smaller turnout. This is quite unlike when your vote is one among millions in a presidential election.”

In addition, Professor Nussbaumer says, “If you extend your participation beyond voting to more active measures like knocking on doors to encourage other voters to turn out, which is still one of the most effective campaign tactics around, you have all the higher chance of making a difference in local outcomes.”

Make it a habit

Young voters—ages 18 to 35— make up 31 percent of the electorate, but have the lowest turnout rate, according to the Pew Research Center. An article in The Economist stated: “Young people’s disenchantment with the ballot box matters because voting is a habit: those who do not take to it young may never start.”

Let America Vote, a political action organization founded in February 2017, launched a national initiative in partnership with mayors across the country, called Cap, Gown, Vote! (CGV). The initiative aims to increase voter registration among high school students. Research has shown that if young people learn the voting process and vote, they are more likely to continue to do so throughout their lives.

“High schoolers today have proven they can lead political movements, so we should give them the tools to be civically engaged,” Jason Kander, President of Let America Vote said in a press statement. “Our goal is to bring eligible students into the electorate and show them the power of using your vote as your voice.”

Glossary Words
electorate: everyone in a country or area who are entitled to vote.

This article first appeared in the fall 2018 Special Voting Edition of The Legal Eagle. It has been updated as of May 2020.