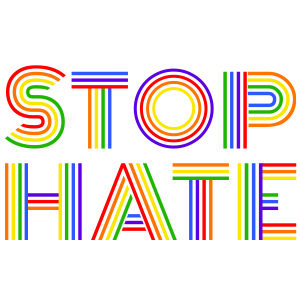 According to statistics compiled by the Federal Bureau of Investigation (FBI), in 2018, there were more than 7,100 reported hate crime incidents nationwide. The bulk of those hate crimes, nearly 2,000, were against African Americans.

The Bureau of Justice Statistics (BJS), an agency under the umbrella of the U.S. Department of Justice, however, claims that the majority of hate crimes go unreported. In June 2017, BJS revealed that according to their data, each year from 2004 to 2015 there was an estimated 250,000 hate crime victimizations.

Today, Asian Americans face an increased threat of racism and violence due to the Coronavirus, which began in China. Some people wrongly believe that all Asians have the disease and will infect them. That notion is reinforced by some officials who call the virus, “the Chinese virus,” despite guidance from the World Health Organization, who advises against using geographic locations to describe any virus because of backlash in the past against immigrants from those areas.

In March 2020, a professor of Asian American Studies at San Francisco State University launched a website to track attacks against Asians. In the site’s first eight days, it received more than 650 reports of discrimination against Asian Americans, ranging from verbal attacks to vandalism to physical attacks.

What is a hate crime?

The FBI’s definition of a hate crime is “a criminal offense against a person or property, motivated in whole or in part by an offender’s bias against a race, religion, disability, sexual orientation, ethnicity, gender or gender identity.” Federal hate crime laws, also known as bias crime laws, grew out of the Civil Rights Movement in the 1960s.

The first law enacted was the Civil Rights Act of 1968. The Act allowed for the federal prosecution of anyone “who willfully injures, intimidates or interferes with, or attempts to injure, intimidate or interfere with…any person because of his race, color, religion or national origin.” The law was somewhat narrow in scope, as the victims of the intimidation or injury had to be engaging in one of these federally protected activities: attending school; patronizing a public place or facility; applying for employment; acting as a juror; or voting.

Groups covered by hate crime legislation are included because they are considered to be in what is known as a protected class due to historical discrimination and mistreatment. In 2009, protected classes for federal hate crimes were expanded to include a victim’s actual or perceived gender, sexual orientation, gender identity, or disability. In addition, the requirement that a victim had to be engaging in one of the federally protected activities was dropped.

“The laws grew out of an unfortunate history we have in this country related to racial and religious terror,” explains Kami Chavis, a professor at Wake Forest University Law School and director of its Criminal Justice Program. “When you think about people who have been targeted because of their race or religion, and the much needed expansion for gender and gender identity, we’re traditionally talking about vulnerable populations.”

It is important to note that not every crime committed against someone in one of the protected classes is necessarily a hate crime. It only becomes a hate or bias crime if it was committed because of who that person is. For instance, say a store owned by an African American is vandalized with graffiti. That is a crime, but not necessarily a hate crime. A prosecutor would need to prove that the defendant committed the crime because the victim was African American. If, for example, a racial slur was used in the graffiti, that would be an indication of a hate crime.

Hate crime laws have a larger implication beyond just punishing a crime. By committing a crime against a person in a protected class, the assailant is symbolically attacking all people in that group.

“These laws are largely symbolic to emphasize how these crimes are in opposition to our democratic values,” Professor Chavis says. “The [penalty] enhancements also provide for greater deterrence of these crimes.”

In recent years, some state lawmakers across the country have pushed to add more protected classes under hate crime laws, including police officers and the homeless. Professor Chavis says support for more inclusion depends upon the classes being considered.

“The danger is you could dilute the purpose on which these hate crime laws were traditionally enacted,” she says. “When we think about someone who has been traditionally disadvantaged there are certain categories that don’t fit.”

On that basis, Professor Chavis contends police officers should not be among protected classes. “We already have penalty enhancements if you assault a police officer or interfere with the duties of a police officer,” she says. “The Supreme Court has made a lot of decisions for us in terms of determining what groups pass strict scrutiny and those that don’t.”

In an opinion piece for Time magazine, James B. Jacobs, a professor at New York University School of Law, argued that by including certain groups and excluding others, hate crime laws may be a form of discrimination and noted that these laws “re-criminalize conduct that is already criminal,” creating a “hierarchy of victims.”

“From the beginning, hate crime laws have simply given us something else to argue about: whose victimization should be punished more severely,” Professor Jacobs wrote. “So many crimes will be eligible for hate crime treatment that those victims who are not covered will, perhaps rightly, feel discriminated against.”

Many don’t support including the homeless as a protected class. The argument is that a homeless person’s status is not “immutable,” in other words, that status can change. A homeless person can find a home; African Americans can’t change the color of their skin. Proponents of including the homeless argue that a person’s religious affiliation is also changeable and that is considered a protected class.

So, why this rise in hate crimes? Professor Chavis says many factors may contribute to the spike in hate crimes. While she couldn’t pinpoint any one definitive reason, she acknowledges that current political rhetoric may be one factor.

“There are a lot of things that could be causing it, but I don’t know if any have been empirically linked,” Professor Chavis says. “It could be that [minority] groups feel more empowered to report these [crimes].”

Another reason, she says, might be that police departments are reporting more hate crimes than in the past. Once reported, such cases place an additional burden on prosecutors to establish a motive stemming from hate. Simply expressing hateful views on social media may not be enough to prove a suspect committed a criminal act due to prejudice, Professor Chavis explains.

Rather, to qualify as a hate crime, suspects typically need to express their bias during the commission of the crime. The use of racial slurs or, as in one case Professor Chavis recalled, a swastika carved into the victim’s skin would elevate the offense to a hate crime.

“Usually there are circumstances and evidence in these cases to support the bias motivation,” Professor Chavis says.

Glossary Words
immutable: a process or set of rules to be followed in calculations or other problem-solving operations.
rhetoric: language designed to persuade but often regarded as lacking in honesty.
vandalize: to deliberately destroy property. 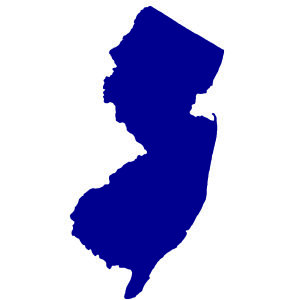 According to 2018 data from the Federal Bureau of Investigation, 172 towns, representing all 21 counties in New Jersey, reported hate crimes. In April 2019, New Jersey Attorney General Gurbir S. Grewal announced a new set of standards to update and strengthen hate crime reporting and prosecution in the Garden State.

Among the updated standards are the inclusion of new protected classes (gender, disability, gender identity or expression and national origin) and updated educational programs for law enforcement agencies to recognize bias crimes. Other enhancements include a streamlined reporting system for bias crimes and an expanded definition of a bias incident.

A bias incident differs from a hate crime. Bias incidents don’t necessarily involve criminal activity, but they are motivated by racism, religious intolerance or some other prejudice. These acts can be verbal, nonverbal or written.

Data shows there were 569 reported bias incidents in New Jersey in 2018. Twenty-five percent of those incidents took place on college and university campuses and nearly half of the offenders were minors.

To address this problem, in August 2019 New Jersey created the Interagency Task Force to Combat Youth Bias. The task force consists of representatives from eight state agencies and will be led by New Jersey’s Division on Civil Rights. It will investigate incidents of “hate, bias, and intolerance” at the state’s schools and universities. The task force will also review current programs to battle bias and examine more measures to reduce incidents.

Preliminary numbers for 2019, released in January 2020, revealed that bias incidents increased by 65 percent in New Jersey, with 944 incidents reported to law enforcement.

While bias incidents may not rise to the level of a crime, according to Attorney General Grewal, such actions when occurring in schools need to be addressed and used as teachable moments.

“Comments do lead to conduct,” Attorney General Grewal wrote in an opinion piece for nj.com. “Law enforcement must re-examine how we respond to bias incidents in our schools. The ordinary slap on the wrist and warning to not engage in such conduct again is insufficient. We need to couple the response with a mandatory education component. For example, the student who paints a swastika on a school wall must receive Holocaust education and learn why that symbol has no place in any society.”

In his piece, Attorney General Grewal quoted Nelson Mandela, who said: “People must learn to hate, and if they can learn to hate, they can be taught to love, for love comes more naturally to the human heart than its opposite.”

This article and sidebar originally appeared in the spring 2020 edition of Respect.