Polish Law Sparks Controversy and a Reckoning of History 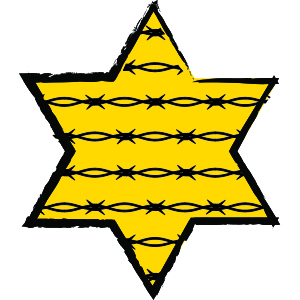 Those are names of extermination camps that will be forever linked to the worst genocide in human history.

Millions of European Jews died at those camps during World War II under the direction of Nazi leader Adolf Hitler, who considered Jews a threat to German racial superiority. He established the camps, also known as killing centers or death camps, to eliminate Jews from society. His plan was called “The Final Solution.”

During the war, there were thousands of concentration camps, work camps or forced labor camps spread across Europe. There were, however, only six extermination camps and all of them were located in Poland.

Poland is one of nine countries Hitler invaded and occupied in his quest to conquer Europe. It was Germany’s invasion of Poland, in fact, that triggered World War II, with Great Britain and France declaring war on the Nazis within days. The Polish army fought against the Germans but were defeated within weeks of the 1939 invasion.

Although these killing centers were set up and run by Nazis, the term “Polish death camp” has often been used to refer to Auschwitz and other extermination camps, inflaming an ongoing debate about Poland’s role in the Holocaust.

In 2018, lawmakers in Poland passed legislation that criminalized any reference to Polish collusion with Nazi war crimes. The law, called the Amended Act on the Institute of National Remembrance, addressed public speech that accused Poland of Nazi crimes during the German occupation.

“For several dozen years, Poland has been repeatedly slandered and portrayed as Hitler’s accomplice, therefore, defending the good name of our nation against statements that have nothing to do with historical truth seems to be an obvious and necessary stance,” stated a January 2018 statement from the Institute of National Remembrance, a government institution charged with prosecution of crimes against the Polish nation.

Signed into law in February 2018, the new law amended a 1998 statute that imposed fines or a three-year prison term on those who denied or discredited German and/or Soviet crimes during the Holocaust and Soviet invasion. The amendment to the law carried the same penalties for people who attribute Holocaust crimes to the “Polish nation” or “Polish state.”

The text of the law stated: “Whoever accuses, publicly and against the facts, the Polish nation, or the Polish state, of being responsible or complicit in the Nazi crimes committed by the Third Reich…shall be subject to a fine or a penalty of imprisonment of up to three years.”

Polish President Andrzej Duda said the law protected Polish interests, ensuring the country is “not slandered as a state and as a nation.”

European and U.S. officials regarded the measure as a threat to free speech, claiming the law could be used to suppress differing opinions. Israel likened the legislation to Holocaust denial.

“Enactment of this law adversely affects freedom of speech and academic inquiry,” then U.S. Secretary of State Rex Tillerson said of the law when it was passed. “We believe that open debate, scholarship, and education are the best means of countering misleading speech.”

The law exempted those who were part of “artistic or scientific activities,” but Samuel Kassow, a historian at Trinity College told PolitiFact the law was too vague.

“When you’re saying the Polish state and the Polish nation, what does that really mean?,” he asked. “If you’re a famous historian or a famous artist you might be safe from being prosecuted. But if you’re a high school teacher or untenured faculty member or a graduate student doing research on the Holocaust, this law could have a chilling effect.”

During World War II, the Germans forced at least 1.5 million Polish people into servitude and detained hundreds of thousands in concentration camps. Data from the U.S. Holocaust Memorial Museum indicates the Nazis killed at least 1.9 million non-Jewish Polish civilians between 1939 and 1945.

While many Polish citizens resisted the Third Reich and risked their own lives to help Jews escape the Nazis, some Poles cooperated with Germans. For example, historians note that residents of Jedwabne, a small town in northeastern Poland, gathered several hundred Jews in July 1941, corralled them in a barn and set it on fire. In addition, Polish historians Jan Grabowski and Jan Gross detail other incidents in separate books, including the 1945 murder of more than 40 Jews in Kielce, Poland. Those 40 Jews survived the Holocaust only to be killed by the Polish police, soldiers or civilians.

“The mass murder of Polish Jews was not abstract,” Grabowski said during a February 2018 press conference in Tel Aviv. “It happened inside the space of the Polish nation, so this is why you cannot pretend that this is only a German-Jewish affair. There are no Polish bystanders in the Holocaust.”

In April 2018, Grabowski told Newsweek that the issue of Polish collaboration is an important aspect of the war that needs discussion, not just for Poland, but for everyone.

“Your neighbor asks for your help. If you help him, you could be killed, but if you don’t, he could be killed.” These are the horrible choices that people during the war had to face and Grabowski contends, “They need to be discussed.”

Jan Kubik, a Rutgers University political science professor, who also teaches at the School of Slavonic and East European Studies at University College London, says the Polish government could use the law to punish historians for research that they find objectionable.

“We know well that laws are never air-tight and need to be interpreted by judges,” Professor Kubik says. “The results of such interpretations become increasingly unpredictable in a country in which the independence of the judiciary is diminished, as is the case in Poland at the moment.”

Perry Dane, a professor at Rutgers Law School who is an expert in Jewish law, argues that Poland’s Holocaust statute whitewashes history rather than safeguards the truth about the country’s role in World War II.

“It is true that Poles as well as Jews were the victims of Nazi war crimes and crimes against humanity,” Professor Dane notes. “It is also true that Germany bears the primary moral and legal blame for the killing of six million Jews. But some Poles did collaborate or assist, or worse. And that historical record should not be suppressed.”

“Its goal is to protect the dignity of the state and soothe the conscience of the nation. This seems to me to cut at the very core of what every free speech regime should be about,” he says.

By April 2018, a press release published by the prosecutor’s office in Poland revealed that 44 complaints had been filed based on the new law. However, because of the backlash from the U.S., Europe and Israel, Poland’s Ministry of Justice did not prosecute anyone for violating the law.

In June 2018, four months after enacting the law, the Polish government amended it, removing the penalty of prison. The statute’s current version still penalizes those referencing “Polish death camps” but imposes only a monetary fine rather than an additional jail sentence, making it a civil offense and not a criminal one.

Despite the change, Professor Kubik believes the law is still flawed because it was written by politicians.

“Lawmakers, who are politicians, should not be in the business of clearing up any—particularly serious—misconceptions because they are partisan, though to various degrees,” Professor Kubik says. “A significant part of what I like to call the architecture of democracy must be a separation of duties, not just powers. Independent, autonomous professional organizations, in this case Holocaust historians, should lead such efforts and be respected as the highest authority in such matters.”

Professor Kubik also says that politicians should, in turn, lead efforts to create and support the authority of such organizations and not try to discredit or control them.

Many historians feared that Poland’s law, despite the backlash against it, would embolden other nations to do the same. In January 2020, Lithuanian lawmakers announced they were drafting legislation that would declare, “neither Lithuania nor its leaders participated in the Holocaust.” The reasoning of the Lithuanian government mirrors the Polish law, contending that because the Germans occupied the country at the time, Lithuania could not be complicit in the Holocaust.

A summary that appears in the U.S. Holocaust Memorial Museum states: “The Lithuanians carried out violent riots against the Jews both shortly before and immediately after the arrival of German forces.”

Condemning the proposed Lithuanian legislation, Efraim Zuroff, the director of the Simon Wiesenthal Center in Eastern Europe, told the Jewish News Syndicate, it was “the next step in Holocaust distortion in Eastern Europe” and “the final stage of a long attempt to whitewash massive complicity by Lithuanians in the Holocaust.”

Glossary Words
genocide: the deliberate destruction of a racial, political or cultural group.
partisan: someone who supports a particular political party or cause with great devotion.
regime: a government.
statute: legislation that has been signed into law.