What’s the Price for Righting A Wrong? 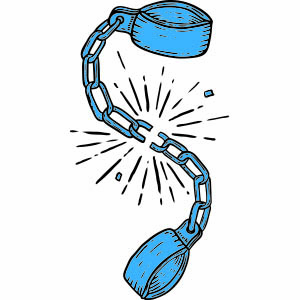 The concept of paying reparations for slavery has been considered since the Civil War ended and “40 acres and a mule” was suggested as compensation (see sidebar for more on this) to newly freed slaves for the injustices that had been forced upon them.

Last year marked the 400th anniversary of the first slave ship coming to what would become the United States. The issue of how to compensate African Americans for the institutional discrimination resulting from that injustice is something that the country still grapples with today.

An October 2019 poll, conducted by the Associated Press and the National Opinion Research Center, revealed that most Americans don’t support paying reparations for slavery, with only 29 percent in support.

Speaking on the subject of reparations for slavery, Senate Majority Leader Mitch McConnell, on the day before Congress held a historic hearing on the subject, stated, “I don’t think reparations for something that happened 150 years ago, for whom none of us currently are responsible, is a good idea. We’ve tried to deal with our original sin of slavery by fighting a civil war, by passing landmark civil rights legislation. We’ve elected an African American president…No one currently alive was responsible for that. And I don’t think we should be trying to figure out how to compensate for it.”

“The reality is that so many descendants of slave owners benefitted from their ancestor’s actions, and the generations of wealth that was built up on their behalf,” Dr. Donnetrice Allison, a professor of Africana Studies at Stockton University, says. “Just as so many African American descendants of those who were enslaved have suffered from the generational poverty and trauma enacted upon their ancestors.”

In his column for The New York Times, Charles Blow wrote that the issue of reparations for slavery is about “collective responsibility and redemption” and that “America needs to set its soul right.” Representative Mike Johnson of Louisiana, however, testified before Congress that reparations in the form of a financial settlement would result in eliminating meaning, purpose and satisfaction from the lives of African Americans.

Dr. Allison agrees in part with both men.

“On the one hand, it is true that no amount of money can truly make up for the institutional racism upon which this country was built, in every aspect of our systems—criminal justice, education, business, the arts, athletics,” she says. “However, a gesture towards finally taking responsibility could go a long way.”

Representative John Conyers of Michigan first introduced legislation, called the Commission to Study Reparations Proposals for African Americans Act, in 1989. It did not pass and no action was taken. Rep. Conyers, who retired in 2017 and died in 2019, re-introduced the legislation every year for 25 years.

Representative Sheila Jackson Lee of Texas took up the cause and introduced the legislation again in January 2019. The proposed bill, H.R. 40, would study the effects of slavery and its impact and then make recommendations to Congress on how to correct the harm done to African Americans. The bill requests that $12 million be allocated for a 13-member commission to study the issue.

The House of Representatives held the first ever public hearing to discuss reparations for slavery on June 19, 2019. The date is significant because it is also what is known as Juneteenth, a holiday that commemorates the announcement of the abolition of slavery in Texas. Because Texas was such a distant state, the news of the Emancipation Proclamation, issued on January 1, 1863, did not reach the state until June 19, 1865, after the Civil War ended.

Several witnesses testified during the hearing on both sides of the issue, including New Jersey Senator Cory Booker, who was in favor of reparations, and retired football player Burgess Owens, who was against.

“If we were to pay reparations today, we would only divide the country further, making it harder to build the political coalitions required to solve the problems facing Black people today,” said Coleman Hughes, an African American writer, who testified at the hearing. “Reparations, by definition, are only given to victims. So the moment you give me reparations, you’ve made me into a victim without my consent,” Coleman argued.

The hearing’s star witness was Ta-Nehisi Coates, an African American writer who many credit for reviving the debate on reparations with his article “The Case for Reparations,” published in The Atlantic in 2014.

During his testimony, Coates rebutted the argument that no one alive today is responsible by pointing out that treaties signed centuries ago are still honored and that the U.S. was still paying out pensions to Civil War soldiers well into this century.

“Many of us would love to be taxed for the things we are solely and individually responsible for. But we are American citizens, and thus bound to a collective enterprise that extends beyond our individual and personal reach,” Coates testified. “It would seem ridiculous to dispute invocations of the founders, or the greatest generation, on the basis of a lack of membership in either group. We recognize our lineage as a generational trust, as inheritance, and the real dilemma posed by reparations is just that: a dilemma of inheritance. It is impossible to imagine America without the inheritance of slavery.”

Coates also pointed out in his testimony that reparations wouldn’t just address the sin of slavery but the 100 years of oppression that came after in the form of Jim Crow laws, which enforced racial segregation.

“Enslavement reigned for 250 years on these shores. When it ended, this country could have extended its hallowed principles—life, liberty and the pursuit of happiness—to all, regardless of color,” Coates said. “But America had other principles in mind. And so, for a century after the Civil War, Black people were subjected to a relentless campaign of terror, a campaign that extended well into the lifetime of Majority Leader McConnell.”

Today, many African Americans do not have equal access to medical care, cannot qualify for home mortgages because of biased bank lending policies, and don’t get a quality education because neighborhood schools are often underfunded or in poor condition.

Dr. Allison admits that the process of paying reparations would be complex and challenging, but if the country was committed to making amends for its greatest sin, it has the power to do so.

Glossary Words
collective responsibility: sometimes known as “collective guilt.” It is a concept that individuals are responsible for the actions of others through tolerating, ignoring or harboring them, even if they do not actively participate in those actions.
reparations: financial compensation.
segregation: the policy of separating people from society by race or social class.
vestiges: leftovers; remainders.