Equal Justice Under Law—Is Everyone Included? 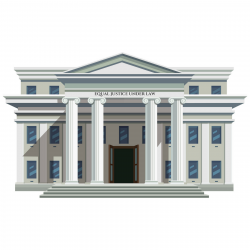 “Equal Justice Under Law.” Those are the words inscribed on the front of the U.S. Supreme Court Building in Washington, D.C. The words are derived from the 14th Amendment to the U.S. Constitution, which states that no state shall “deny to any person within its jurisdiction the equal protection of the laws.” Later, in an 1891 U.S. Supreme Court case, Chief Justice Melville Fuller wrote: “no State can deprive particular persons or classes of persons of equal and impartial justice under the law.”

When the building was designed in 1932, the phrase was shortened again to “Equal Justice Under Law.” But what do those words mean and is it the same for all Americans?

Jenny-Brooke Condon, a professor at Seton Hall University School of Law in its Center for Social Justice, contends that the phrase “equal justice under law” should mean equal “access” to justice.

“If economic status or other disadvantage presents a barrier to fair treatment in a fair system of justice, then equal justice under the law is meaningless,” Professor Condon says. “It is simply an unfulfilled promise.”

Professor Condon, who directs Seton Hall’s Equal Justice Clinic, says unfortunately access to justice is not the same for all Americans. In fact, there is currently a crisis in accessing justice, she says.

“Across numerous domains, both civil and criminal, how much money a person has powerfully determines their ability to defend their civil rights and liberty,” Professor Condon says. “For example, poor people routinely battle evictions in court without access to a lawyer while landlords proceed with private counsel. In many states throughout the country, whether someone is wealthy enough to afford bail determines whether he or she will be incarcerated (often for a year or more) while defending against criminal charges. Across America, states still face glaring gaps in the provision of legal services to the poor.”

The Sixth Amendment to the U.S. Constitution, among other things, guarantees the accused in criminal prosecutions “the assistance of counsel.” Before the landmark U.S. Supreme Court decision in Gideon v. Wainright, however, that guarantee only applied to federal cases.

The case involved Clarence Earl Gideon, who was charged in 1961 with the break-in of a Florida poolroom. Faced with charges of breaking and entering with the intent to commit petty larceny, Mr. Gideon requested an attorney be appointed by the state to represent him, as he was too poor to afford a lawyer. His request was denied because Florida law only required the appointment of counsel for a capital offense.

Mr. Gideon was forced to represent himself at trial. He was convicted and sentenced to five years in prison. His lower court appeals were denied, but his handwritten petition to the U.S. Supreme Court was granted a hearing. The Court assigned Washington, D.C. attorney Abe Fortas, who would go on to serve on the Supreme Court bench, to represent Gideon before the Court. At issue was whether the Sixth Amendment applies to defendants in state courts. The Court, in a unanimous decision, ruled that it did.

Decided in March 1963, the Court held in Gideon that the Sixth Amendment’s guarantee of counsel applies to the states through the due process clause of the 14th Amendment. In the Court’s majority opinion, Justice Hugo Black wrote that “reason and reflection require us to recognize that in our adversary system of criminal justice, any person hauled into court, who is too poor to hire a lawyer, cannot be assured a fair trial unless counsel is provided for him.” Justice Black further stated that the “noble ideal” of “fair trials before impartial tribunals in which every defendant stands equal before the law…cannot be realized if the poor man charged with a crime has to face his accusers without a lawyer to assist him.”

As a result of the Supreme Court’s decision, Clarence Gideon received a new trial, this time with representation, and was acquitted.

“Gideon stands for the principle that the Constitution’s promise of equal justice requires equal access to critical procedural and substantive safeguards,” Professor Condon says. “In the context of state criminal proceedings, the Court recognized that a critical safeguard is the effective assistance of counsel.”

Clarence Gideon died in 1972 at the age of 61. Engraved on his headstone is a quote from a letter he wrote to Abe Fortas while he was in prison: “Each era finds an improvement in law for the benefit of mankind,” enforcing his belief that he was involved in something bigger than himself.

Even though the decision in Gideon was groundbreaking, Professor Condon says it has not delivered on its promise of equal justice and it only applies to criminal cases.

The Legal Services Corporation conducted a study that revealed a “justice gap” among the poor when it comes to representation in civil cases. Among the findings of the study: Every year, fewer than 20 percent of low-income people with civil legal issues are able to obtain the legal assistance they need; Legal Services has to turn away nearly one million cases per year due to lack of resources; the U.S. has one lawyer for every 6,415 low-income individuals, but one lawyer for every 525 people in the general population.

The National Center for State Courts estimates that in 75 percent of civil cases, litigants proceed without competent counsel because of an inability to afford an attorney.

According to the National Coalition for a Civil Right to Counsel, the Rule of Law Index, which measures how the public perceives the rule of law worldwide, ranks the United States “below nearly all comparable countries with respect to access to justice in civil cases.”

“The loss of housing, which often means homelessness for the poor and a cascade of other harms, or the separation from one’s child and family through deportation are arguably deprivations as grave as incarceration,” notes Professor Condon. “The impact of counsel in navigating a complicated legal system and defending a person’s most important rights in this context cannot be underestimated in settings where the stakes are so high.”

Emphasizing those stakes is a Department of Justice report issued in 2015 after a seven-month investigation into the Ferguson, Missouri police department after an unarmed, black teenager was killed by a police officer. The Ferguson report revealed that lack of counsel in a civil matter could develop into a criminal matter. For example, the report cites one occasion where a woman parked her car illegally once and ended up with a fine of $1,000 and six days in jail. Fees and fines that go unpaid because of a lack of legal access can escalate into the criminal realm.

In the ABA’s Human Rights Magazine, John Pollock, the Coordinator for the Right to Civil Counsel for the Public Justice Center, wrote, “Most wealthy people would hire an attorney to avoid losing their home, their children, or, in cases that involve health or safety (such as domestic violence), potentially their very life. The typical indigent civil litigant cannot hope for a ‘fair trial’ when facing off alone in an adversarial proceeding against a landlord’s attorney, or a bank, or a state’s social services agency, or an abuser that brings the full force of intimidation into the courtroom. Moreover, in the end, litigants do not care whether their proceeding is labeled ‘criminal’ or ‘civil’; they care about what they stand to lose. And what they stand to lose in basic human needs civil cases is every bit as precious as that at stake in most criminal cases.”

Discussion Questions
1. Think about legal situations (criminal or civil) where it would be beneficial to have an attorney on your side. Describe the possible outcomes if there is no representation.
2. Very often, poor people do not have access to attorneys for civil and criminal offenses for which they have been accused.  The law provides state appointed attorneys, however, “fewer than 20 percent of low-income people with civil legal issues are able to obtain the legal assistance they need [and] Legal Services has to turn away nearly one million cases per year due to lack of resources. ”Does this qualify as “equal justice under the law?”  Why or why not?
3. Does the government have a responsibility to help the indigent in the form of legal representation? Why or why not?
4. “The National Center for State Courts estimates that in 75 percent of civil cases, litigants proceed without competent counsel because of an inability to afford an attorney.”  What does competent counsel mean?   How does competent counsel impact the clients in need of help?

Glossary Words:
acquitted: cleared of a criminal charge.
appeal: a request that a higher court review the decision of a lower court.
capital offense: a crime, such as murder, where death may be considered as punishment.
indigent: poor, needy.
larceny: theft of personal property.