U.S. Needs Presidential Norms to Have Faith in Democracy 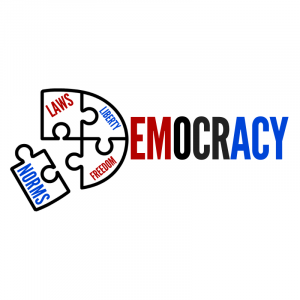 Article II of the U.S. Constitution spells out the powers of a U.S. president. Traditionally, the president has also been limited to some degree by what are called democratic or presidential norms.

What is a democratic norm? Essentially, it is an unwritten rule that those in power are aware of and by silent agreement consent to abide by. These norms are not formal rules or laws, but most agree they are important to a functioning democracy.

“It is important to have democratic norms to uphold the integrity, respect, and public confidence in institutions and elected offices,” says Tiffany N. Basciano, associate director of the International Law and Organizations Program at Johns Hopkins School of Advanced International Studies in Washington, DC. “Institutions and elected offices are a lot like currency—their value is determined by how much faith we have in the system.”

In their book, How Democracies Die, Harvard University professors Steven Levitsky and Daniel Ziblatt argue there are two norms that are fundamental to a functioning democracy—mutual toleration and institutional forbearance.

“Mutual toleration refers to the idea that as long as our rivals play by constitutional rules, we accept that they have an equal right to exist, compete for power, and govern,” the professors write. “We may disagree with, and even strongly dislike, our rivals, but we nevertheless accept them as legitimate. This means recognizing that our political rivals are decent, patriotic, law-abiding citizens—that they love our country and respect the Constitution just as we do.”

In other words, political rivals should “agree to disagree.”

So what are examples of presidential norms? Presidents usually don’t question the legitimacy of judges, promote conspiracy theories, criticize the independence of federal agencies or reject the findings of the U.S. intelligence community. President Donald Trump has broken all of these norms.

Chris Edelson, a professor at American University and the author of Power without Constraint: The Post 9/11 Presidency and National Security, told The Dallas News, “It’s not illegal for a president to call a judge a ‘so-called judge,’ or to suggest he should be held responsible if there’s a terrorist attack. It’s a violation of a norm, though, and it undermines faith in the justice system.”

To be clear, President Trump is not the first president to test the limits of democratic norms. Franklin Roosevelt, one of the most popular American presidents, re-elected with 61 percent of the vote in 1936, ignored norms as well. Frustrated with a conservative U.S. Supreme Court, President Roosevelt proposed expanding the size of the Court, giving himself six immediate appointments. The president could make this proposal because the Constitution does not specify the number of justices required for the Court.

In their book, Professors Levitsky and Ziblatt write, “Had Roosevelt passed his judicial act, a key norm—that presidents should not undermine another coequal branch—would have been demolished.”

FDR also flouted the norm of term limits. Since President George Washington established the norm of only serving two terms, all presidents had followed suit. President Roosevelt bucked convention and ran (and won) two additional terms. In 1947, the breaking of that norm led to the passage of the 22nd Amendment to the U.S. Constitution, which stipulates that presidents can only be elected twice.

President John F. Kennedy broke an unwritten rule against hiring family members when he appointed his brother as Attorney General, which led to Congress passing an anti-nepotism law. President Trump’s daughter and son-in-law both work in the White House; however, they are unpaid advisors.

If norms are so important, why not codify them into law as was done with the 22nd Amendment?

“At this point in U.S. politics, one would think that a lack of imagination is the reason that these norms have not been codified. For example, we did not envision that even the appearance of impropriety by not following the norms of divesting or releasing tax returns would be of no concern to an elected official,” Basciano says. “Norms are behaviors that society expects—like holding the door open for others. It is not required, but society expects it, and failure to follow could lead others to view the norm-breaker negatively. We would never think to codify that societal expectation.”

In an effort spearheaded by the Brennan Center for Justice at New York University School of Law, Preet Bharara, former U.S. Attorney for the Southern District of New York, and former New Jersey Governor Christine Todd Whitman are co-chairing a bipartisan task force that is looking at codifying norms into law.

In its first report, released in October 2018, the National Task Force on the Rule of Law and Democracy made 11 proposals that support two basic principles—the rule of law and ethical conduct in government. (For an explanation of rule of law, see Informed Citizen post: Rule of Law Applies to EVERYONE) In the report’s introduction, the authors write: “Our republic has long relied not just on formal laws and the Constitution, but also on unwritten rules and norms that constrain the behavior of public officials. These guardrails, often invisible, curb abuses of power. They ensure that officials act for the public good, not for personal financial gain. They protect nonpartisan public servants in law enforcement and elsewhere from improper political influence. They protect business people from corrupting favoritism and graft. And they protect citizens from arbitrary and unfair government action. These practices have long held the allegiance of public officials from all political parties. Without them, government becomes a chaotic grab for power and self-interest.”

Among the task force’s proposals is a recommendation requiring the president, vice president and any candidate for those offices to publicly disclose personal and business tax returns for the previous three years. The report notes that every president since President Richard Nixon has released his tax returns, though it is not a requirement. President Trump elected not to do so.

Another proposal dealt with presidential pardons, advising Congress to require written justification from the president when pardoning close associates and recommended passing a resolution “expressly disapproving self-pardons.” The report states: “Presidents should follow established procedures when using the pardon power and should use it to right clear miscarriages of justice, not to reward political allies.” The report mentions questionable pardons by former presidents, including ones issued by Ronald Reagan, George H.W. Bush, Bill Clinton and George W. Bush, as well as several pardons President Trump has granted since taking office.

The task force’s work is not finished. More reports and recommendations will be forthcoming. The task force will be looking at other ethical concerns, including money in politics, congressional reform and the process for appointing qualified individuals to critical government positions.

“The consequences of norm erosion is a lack of civility and a lack of predictability in behavior, Basciano says. “There is also the fear that once a norm is eroded, we may never get it back.”

When James Madison, Alexander Hamilton and John Jay were writing The Federalist Papers, advocating for the ratification of the U.S. Constitution, Madison wrote, “Enlightened statesmen will not always be at the helm.” In other words, politicians might not always put the best interests of the country first. It seems Madison knew what he was talking about.

Discussion Questions
1. Think about democratic norms we take for granted. Which norm (either one from the post or one you think of on your own) would you codify into law? Why?
2. Think about the social norms that exist in your life.  In your home maybe people watch TV while they eat dinner.  At your school maybe certain grades eat lunch at certain tables.  Make a list of the social norms that exist in your school, your home and in your life.  What happens if these norms are broken?  How can you set new social norms?
3. What are the advantages and disadvantages of having any norms, democratic or social?

Glossary Words
bipartisan: supported by two political parties.
codify: arrange rules into a systematic code.
forbearance: patience or self-control.
graft: the acquisition of money or advantage.
nonpartisan: not adhering to any established political group or party.