Rule of Law Applies to EVERYONE 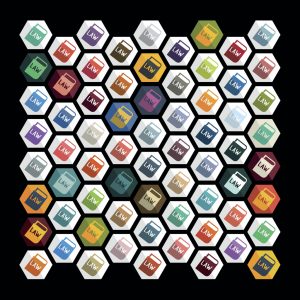 In many countries around the world, citizens are subject to the arbitrary rulings of dictators or those in power. In the United States, even though it is never mentioned in the U.S. Constitution, citizens are governed by the concept of the rule of law, the principle on which the American legal system was built.

Origins of Rule of Law

The rule of law is actually an ancient concept that predates America’s founding by several centuries. It maintains that the government and the governed should be subject to the same laws. While never mentioning the rule of law by name, Greek philosophers such as Plato and Aristotle pushed forth their own versions of it.

Plato said, “Where the law is subject to some other authority and has none of its own, the collapse of the state, in my view, is not far off; but if law is the master of the government and the government is its slave, then the situation is full of promise and men enjoy all the blessings that the gods shower on a state.”

Aristotle went further, writing, “It is more proper that law should govern than any one of the citizens: upon the same principle, if it is advantageous to place the supreme power in some particular persons, they should be appointed to be only guardians, and the servants of the laws.”

Believed to be the first document advocating the rule of law, England’s Magna Carta was signed in 1215. While much of the ancient document has been repealed or codified, its 39th clause still remains. It stated: “No free man shall be seized or imprisoned, or stripped of his rights or possessions, or outlawed or exiled, or deprived of his standing in any other way, nor will we proceed with force against him, or send other to do so, except by the lawful judgment of his equals or by the law of the land.”

This clause has been interpreted to mean that citizens are entitled to due process and trial by a jury of their peers, even though the concept of a jury trial was not in existence in 13th Century England.

“Due process is essential to the application of the rule of law as it impacts how justice is administered,” says Tiffany N. Basciano, associate director of the International Law and Organizations Program at Johns Hopkins School of Advanced International Studies in Washington, DC. “If one is accused of a crime, or deprived of property, for example, there has to be protections in place to fairly decide on guilt or innocence or rights, allowing both sides to be heard and present evidence. The fairness of a process bolsters the rule of law, as it is more inclined to assess the truth of the matter and avoid random decision-making.”

According to Meeting at Runnymede—The Story of King John and Magna Carta, published by the Constitutional Rights Foundation, “The real significance of this document lies with the basic idea that a ruler, just like everyone else, is subject to the rule of law. When King John agreed to [what would eventually become] Magna Carta, he admitted that the law was above the king’s will, a revolutionary idea in 1215.”

Centuries later, the influence of the Magna Carta would transfer to the American colonies. In January 1776, Thomas Paine published his pamphlet, Common Sense, in which he wrote: “In America, the law is king. For as in absolute governments the King is law, so in free countries the law ought to be king; and there ought to be no other.” When drafting the Constitution of Massachusetts in 1780, John Adams advocated for “a government of laws and not of men.”

According to Basciano, the rule of law should protect every legally tangible right.

“Without the rule of law, or when the rule of law breaks down, the effective enforcement of rights becomes an issue,” says Basciano. “There is a distinction between having a law on the books and implementation. There needs to be accessible, impartial and effective accountability mechanisms in place such that when there is a complaint that the government or a private actor violated rights, there is an avenue for redress.”

The Oxford English Dictionary defines the rule of law as: “the principle whereby all members of a society (including those in government) are considered equally subject to publicly disclosed legal codes and processes.”

The World Justice Project (WJP), established by the American Bar Association in 2007, recognized that “the ‘rule of law’ is a frequently used term that is rarely defined” and set out to establish an accepted definition in part to measure adherence to the rule of law around the globe. WJP’s definition is comprised of four universal principles:

So, how does the rule of law impact the everyday lives of Americans? Basciano points out that every time we stop at a red light, we are adhering to the rule of law.

“Is it out of a sense of moral duty, is it because it is the law, or is it because of the fear of punishment or hurting someone?” she asks.

“In the U.S., we live in a society based on the rule of law such that there are certain expectations, responsibilities, and duties. Whether we realize it or not the rule of law impacts both small and large interactions in our lives,” Basciano says. “For example, from the economic perspective, the rule of law provides businesses and investors some level of certainty enabling them to create job opportunities. The predictability that comes with the rule of law helps us all to develop and thrive.”

Basciano believes that the rule of law is under attack in today’s global political climate. “With regards to free speech one can observe countries where journalists are being jailed, political opposition quashed, and human rights defenders under threat—groups that are all necessary to hold a government accountable in a society,” she says. “Counter-terrorism laws or other legal barriers are being used to suppress free speech. Claims of legitimate news sources as ‘fake news’ or insults on the media and demonstrators may encourage or normalize attacks against such groups around the globe which would undermine the rule of law.”

Still, Basciano notes that Americans can “sleep easier at night knowing we are not subject to the whims of an arbitrary government. Respect for the Constitution, separation of powers, federalism, etc. may be all that stands between a capricious [unpredictable] leader and us, making the rule of law vital.”

Discussion Questions
1. What is the rule of law? How does it manifest in our culture today?
2. Are there people in our country who do not receive due process?  Who are they and why don’t they receive this right?
3. The post mentions stopping at a traffic light as an everyday rule of law example that we all follow. Describe another example of the rule of law.
4. Research the rule of law around the world. How do other countries stack up against the World Justice Project’s four universal principles? How does the U.S. stack up against those principles?
5. Give an example of a country that does not follow the rule of law. What is life like in that country? Would you want to live there? Why or why not?

Glossary Words:
codify: arranging laws or rules into systematic code.
due process: legal safeguards that a citizen may claim if a state or court makes a decision that could affect any right of that citizen.
federalism: the distribution of power in a government between a central authority and the individual units, such as states.
redress: satisfaction, in the form of compensation or punishment, for an injury or wrong doing.
repeal: revoke. A law that is repealed has been withdrawn or cancelled and is no longer a law.