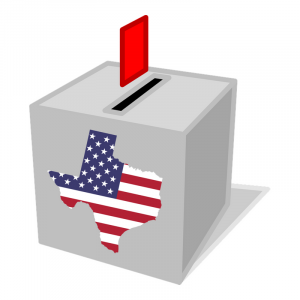 Dr. Martin Luther King Jr. once wrote: “Voting is the foundation stone for political action. Our vote would place in Congress true representatives of the people who would legislate for the Medicare, housing, schools and jobs required by all men of any color.”

Gerrymandering has made the realization of Dr. King’s dream challenging. Racial gerrymandering makes it impossible.

The definition of gerrymandering is the manipulation of boundaries in congressional districts to favor one political party over another and it has been around since the early 1800s. When the manipulation has a racial component attached to it, the practice is referred to as racial gerrymandering, something the courts have repeatedly ruled as unconstitutional.

A racial gerrymander occurs when the reason for manipulating legislative district lines is to under-represent racial minorities. Some tactics used in racial gerrymanders are “packing” and “cracking.” Packing is when line drawers pack as many minority voters as possible into one district and cracking is when minority voters are divided up among many districts so they can never obtain a majority of votes. The purpose of packing and cracking is to dilute the political influence of minorities.

In the fall 2016 edition of Respect, which was our Special Voting Rights Edition, we tackled the racial gerrymandering issue and then updated the story on The Respect Rundown in September 2017. Since then, the U.S. Supreme Court issued a 5-4 ruling in Abbott v. Perez, a Texas racial gerrymandering case, finding in favor of Texas in all but one of the eight districts challenged.

All About the Maps

Although the Court’s decision was handed down in June 2018, the Texas case dates back to 2011 and involved the way the state drew its congressional and state legislative maps after the 2010 Census.

A lower court ruled that the 2011 map diluted the Latino vote via the “packing and cracking” method. The court imposed what was supposed to be a temporary map, while Texas drew a new one that would be constitutional. Instead of drawing a new map, however, in 2013 Texas adopted the temporary one with a few minor changes.

In 2017, a federal district court ruled that the 2013 maps also violated the law because they still contained the “taint” of the 2011 maps, perpetuating the same discrimination.

In the Court’s majority opinion, Justice Samuel Alito acknowledged that the 2011 maps were drawn with racist intent but that the state of Texas was just “trying to solve a problem” by using the 2012 interim map drawn by the lower court.

The Texas state legislature claimed it had “substantially modified” that district to comply with the Voting Rights Act, but Justice Alito wrote that the reasons cited were “simply too thin a reed to support the drastic decision to draw lines in this way.”

Justice Sonia Sotomayer wrote a blistering dissent in the case and the majority and dissenting opinions became a bit combative.

“The majority is also just flat wrong…The majority engaged in a cursory analysis of the record…Nothing about these cases justifies the majority taking out its [magic] wand today…The majority ignores all of the evidence in the record that demonstrates that the Legislature was aware of (and ignored) the infirmities in the map,” Justice Sotomayor wrote.

Justice Alito countered in his opinion, “The dissent is simply wrong in claiming over and over that we have not thoroughly examined the record…The dissent seems to think that the repetition of these charges somehow makes them true. It does not. On the contrary, it betrays the substantive weakness of the dissent’s argument.”

In her dissent, Justice Sotomayor countered with, “The Court goes out of its way to permit the State of Texas to use maps that the three-judge District Court unanimously found were adopted for the purpose of preserving the racial discrimination that tainted its previous maps.” She went on to say, “It means that, after years of litigation and undeniable proof of intentional discrimination, minority voters in Texas—despite constituting a majority in the state—will continue to be underrepresented in the political process. Those voters must return to the polls in 2018 and 2020 with the knowledge that their ability to exercise meaningfully their right to vote has been burdened by the manipulation of district lines specifically designed to target their communities and minimize their political will.”