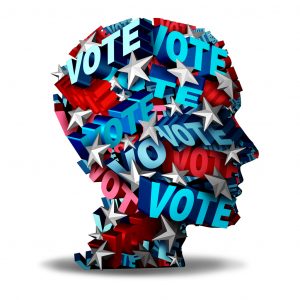 Across the country, more than six million people have been disenfranchised because of a felony conviction, according to The Sentencing Project, a Washington, D.C. non-profit that addresses disparities in the criminal justice system. That disenfranchisement typically and disproportionately affects African Americans and the poor.

In the fall 2016 edition of Respect, our Special Voting Rights Edition, we reported on Virginia’s efforts to restore voting rights to felons. Since then a number of states have made a concerted effort to do the same with voters in Florida putting the issue on the ballot in November.

There is no federal law that universally dictates rules for the restoration of a felon’s voting rights. Whether that loss is permanent or how complicated the process is for regaining the right depends on state law. There are only two states—Maine and Vermont—that allow felons to vote even while incarcerated. The National Conference of State Legislatures divides the remaining states into three categories: (1) those states (14 states and the District of Columbia) where voting rights are lost only while incarcerated and restored automatically when released from prison; (2) those states (21 states, including New Jersey) where voting rights are restored automatically to felons but not until the completion of their sentence, including parole or probation; and (3) those states (13 states) where felons either indefinitely or permanently lose their right to the franchise.

In Florida, it is estimated that 1.5 million voters have been permanently disenfranchised because of felony convictions. The state’s 150-year-old process of restoring voting rights was challenged in a lawsuit brought by the Fair Elections Legal Network. In March 2018 a federal judge called the system “fatally flawed” and ordered Florida’s governor to revise its methods.

Prior to the lawsuit, the governor and other state officials had the sole authority to restore the right to vote to convicted felons. According to the lawsuit, the state made the process burdensome for ex-felons and the state had a backlog of more than 10,000 cases. In 2011, 30,000 felons applied for the restoration of their voting rights and only 3,000 requests were granted.

Florida voters aren’t waiting for state officials to act. Accumulating more than one million signatures, which surpassed the 766,200 needed, voters were able to get the Second Chances Voting Restoration Act on the ballot for the November 2018 election. The proposed amendment to the state’s constitution would automatically restore voting rights to felons who have completed their sentence, except in the case of convictions for murder or “serious sexual crimes.” Felons convicted of those crimes would still need to petition the state to regain their voting rights. The ballot initiative will need to be approved by 60 percent of voters in order for it to be enshrined in Florida’s constitution.

In New York, felons had to wait until completing their sentence, including parole, before regaining their voting rights. In April 2018, New York’s governor changed that by signing an executive order restoring the right to vote to felons on parole. The move added 35,000 to New York’s voter rolls. The move does not alter New York state law; rather it offers felons conditional pardons to regain their voting rights. According to the New York Civil Liberties Union, every felon receiving a voting restoration pardon will receive paper certification along with a voter registration form.

No Longer Permanent in Nevada

Nevada was one of the 13 states that permanently disenfranchised felons. Effective January 1, 2019, a law to restore voting rights to Nevadans with past felony convictions will go into effect. The law provides that persons convicted of “category B” felonies will have their rights restored two years after the completion of their sentence.

In May 2018, Louisiana’s governor signed into law a measure that allows felons who have been out of prison for five years the ability to register to vote. The legislation narrowly won passage in the state’s legislature, passing 54-42. State officials estimate that as many as 3,000 ex-felons will be able allowed voter registration with the new law, which takes effect March 1, 2019.

There are some who are not so anxious for felons to regain the right to vote.

“If you’re not willing to follow the law, then you should not have a role in making the law for everyone else,” Roger Clegg wrote in an opinion piece for The National Review. Clegg is the President and General Counsel for the Center for Equal Opportunity and served in the Reagan and H.W. Bush administrations.

Desmond Meade, founder of the Florida Rights Restoration Coalition, has a different perspective, telling The Nation, “This is about creating a more inclusive democracy.”

Currently disenfranchised in his home state of Florida, Meade was in and out of jail in the 1990s. Turning his life around, he eventually went to college and earned a law degree.

“It’s less about how a person votes, whether they vote Democrat or Republican,” Meade said. “It’s about redemption, second chances. Once a person has served their time, they should be able to move on with their lives.”

MORE TO THE STORY

UPDATE: On Election Day, Floridians approved the Second Chances Voting Restoration Act, which restored voting rights to convicted felons. Sixty-five percent of Florida voters approved the measure that could add as many as 1.5 million voters to the voting rolls. These potential voters will still need to register to vote.

Glossary Words:
franchise: the right to vote.
disenfranchise: to deprive of a privilege or right.

Check out original article: Paying Your Debt to Society with Your Vote