Voter Suppression Still Cause for Concern 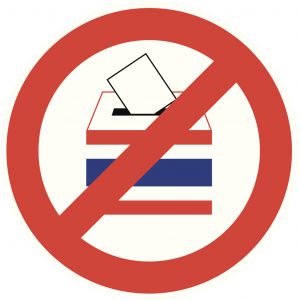 In the fall 2017 edition of Respect, we tackled the issue of voter suppression and reported on the Presidential Advisory Commission on Election Integrity. Since then, that commission, which only met twice and was plagued with controversy and eight lawsuits, has been disbanded.

Recap
In November 2016, after his election as President of the United States, Donald Trump made claims that he would have won the election’s popular vote (he lost by nearly three million votes) if three to five million people had not voted illegally. President Trump’s claims of widespread voter fraud have never been proven, but in May 2017 he established the Presidential Advisory Commission on Election Integrity to look into the matter.

Critics of the commission saw it as a vehicle to promote or justify voter suppression, keeping certain segments of the population from accessing the ballot box. As stated in the original Respect article, voter suppression is the discouragement or prevention of citizens from voting and is a strategy often used to influence the outcome of an election.

Commission Woes
From the beginning, the commission was met with resistance from the states. Kris Kobach, the commission’s vice chair, sent state election officials requests for information regarding their voter rolls, including Social Security numbers. Citing privacy concerns, 21 states and the District of Columbia immediately declined to provide the data. Many lawsuits ensued and in the end 44 states refused to comply with the commission’s demands.

In July 2017, the commission also ran into trouble regarding the privacy of individuals who had made comments via email. In publishing these comments, the commission also made public the personal addresses and phone numbers of those individuals. Further, an email uncovered as part of an ACLU lawsuit revealed that Vice Chair Kobach’s goal, as far back as November 2016, was to change the National Voter Registration Act (NVRA). Statements from him and Vice President Mike Pence at the time the commission was established gave assurances that the commission’s findings would be impartial. The email, dated November 9, 2016, stated: “We will also be putting together information on legislation drafts for submission to Congress early in the administration. I have some already started regarding amendments to the NVRA to make clear that proof of citizenship requirements are permitted…”

“This commission started as a tragedy and ended as a farce,” Michael Waldman, president of the Brennan Center for Justice, said in a statement. “It was a colossal waste of taxpayer money from the very beginning. It failed to find any evidence of the millions of illegal voters claimed by President Trump. But this should be more than just a somewhat-comic ending to a misguided effort. The claim of widespread voter fraud in the United States is in fact, fraud. The demise of this commission should put this issue to rest.”

In December 2017, a district court judge ruled that moving forward the commission needed to provide Secretary Dunlap and the other commissioners better access to documents.

Before President Trump disbanded the commission on January 3, 2018, it was also facing an investigation by the Government Accountability Office, a nonpartisan congressional agency. At the behest of three Democratic senators, including New Jersey Senator Cory Booker, the Government Accountability Office advised in October 2017 that it would investigate the commission. The senators claimed the commission “ignored numerous requests” from them in regard to their work, a violation of the Federal Advisory Committee Act, which governs the transparency of such advisory committees.

Moving to DHS
In a statement announcing the commission’s disbanding, President Trump said, “Rather than engage in endless legal battles at taxpayer expense, today I signed an executive order to dissolve the commission, and have asked the Department of Homeland Security (DHS) to review these issues and determine next courses of action.”

Vice Chair Kobach claimed the move to DHS represented a “tactical shift by the president who remains very committed to finding the scope of voter fraud.”
Secretary Dunlap in an op-ed for The Washington Post indicated that the move should worry voters.

“The president’s action shows that he never took the process seriously, and when it wasn’t going his way, he pulled the plug. The directive to move the commission’s work to the Department of Homeland Security is another hide-the-ball trick designed to find a different way to get the results that he and Kobach seek. But if I’ve learned anything in this process—based on the intense and passionate input from the American people—it’s that they won’t be able to do this in the dark anymore.”
In an op-ed for The Hill, Rudy Mehrbani, senior counsel at the Brennan Center, points out that DHS is “still subject to the Freedom of Information Act.”

“Moving these efforts to DHS is an inappropriate use of a federal agency meant to protect the homeland,” Mehrbani wrote. “DHS should remain focused on bolstering the security of our elections and preventing foreign actors from interfering in our democracy, rather than investing resources in proving something we know to be false—that widespread voter fraud exists. It’s a fruitless diversion.”

Myrna Perez, deputy director of the Brennan Center’s Democracy Program at New York University School of Law, says, “It is certainly our hope that the commission’s demise means an end to the Trump administration’s misguided fishing expedition into baseless claims of voter fraud. However, the conflicting statements about a continuing role for DHS fuel an ongoing belief that our fight to protect voter privacy is not over, and fuel an ongoing concern about the ulterior motives that underlie the work of the commission and its former Vice Chair, Kansas Secretary of State Kris Kobach—that is, voter suppression and the persecution of immigrants. We will continue to monitor any developments and work to defend the right to vote.”

Glossary Words:
nonpartisan— not adhering to any established political group or party.