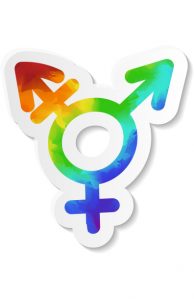 The current White House Administration has issued policies that target the transgender community. Most recently, Attorney General Jeff Sessions released a memo advising of the White House’s position that federal statutes prohibiting discrimination based on sex do not protect transgender people. That announcement came after President Donald Trump, via Twitter, issued a ban on transgender individuals serving in the military.

Carlos A. Ball, a national expert on LGBT rights and a professor at Rutgers Law School—Newark, points out that the statement from Sessions’ Justice Department is simply the position of the Administration and the courts will decide that question.

“Several federal courts of appeal have held that the statutes in question do, in fact, provide such protection,” Professor Ball says. “That is the law in those jurisdictions, regardless of the Administration’s position. If this issue were to end up before the Supreme Court, we can expect the Administration to advance its views there. But again, this is a question of statutory interpretation that has been answered, and will continue to be answered, by the courts, not by the Department of Justice.”

On July 26, 2017, in a series of three tweets, President Trump said: “After consultation with my Generals and military experts, please be advised that the United States Government will not accept or allow Transgender individuals to serve in any capacity in the U.S. Military. Our military must be focused on decisive and overwhelming victory and cannot be burdened with the tremendous medical costs and disruption that transgender in the military would entail. Thank you.”

There are currently 1.3 million active-duty members serving in the five branches of the military. The estimate of how many of those members are transgender varies. A Pentagon-commissioned study puts the number somewhere between 2,000 and 11,000, while LGBT rights groups claim the number is closer to 15,000.

By late August, human rights groups had filed two lawsuits on behalf of transgender military members. Both lawsuits contend that the ban violates equal protection and due process rights and both seek to block the ban permanently from going into force.

A lawsuit filed in Maryland by the American Civil Liberties Union states: “Without input from the Department of Defense and Joint Chiefs of Staff, and without any deliberate process, President Trump cast aside the rigorous, evidence-based policy of the Open Service Directive, and replaced it with discredited myths and stereotypes, uninformed speculation, and animus against people who are transgender.”

In Professor Ball’s opinion, the exclusion of transgender people from the military is unconstitutional.

“There is absolutely no justification for using how individuals identify according to gender as a reason for denying them the ability to serve in the military,” Professor Ball says. “The Constitution prevents the armed forces from turning to gender identity as a reason for exclusion in the same way that it prevents the military from denying admission on the basis of race, sex, religion, and sexual orientation.”

On October 30, 2017, a federal judge temporarily blocked the ban, ruling it was based on “disapproval of transgender people generally” and violated the U.S. Constitution’s equal protection clause. As a result, the military was forced to “revert to the status quo” regarding transgender in the military that existed before the directive from the current Administration.

In her 76-page ruling, Judge Kollar-Kotelly wrote, “There is absolutely no support for the claim that the ongoing service of transgender people would have any negative effect on the military at all. In fact, there is considerable evidence that it is the discharge and banning of such individuals that would have such effects.”

Petty Officer Eva Kerry, a transgender woman serving in the U.S. Navy, told The New York Times, “I remain optimistic that the Constitution I swore an oath to will continue to protect the rights of all Americans.”

A statement issued by the Justice Department said, “We disagree with the court’s ruling and are currently evaluating the next steps.”

In the winter 2017 edition of Respect, we reported on the North Carolina bill known as HB2, which required everyone in government buildings to use the bathroom of the sex that matches their birth certificate. Since then, an agreement was reached to repeal the state law, but not everyone was satisfied.

“The good news is that the repeal rescinded the statutory requirement that transgender individuals in North Carolina use bathrooms in public buildings and schools according to the sex designation on their birth certificates,” Professor Ball says. “The bad news is that the repeal included a provision prohibiting the enactment of laws protecting the ability of transgender individuals to use the bathrooms of their choice.”

Professor Ball explains that means that if a public agency or a private employer, for example, prohibits transgender individuals from using bathrooms that are consistent with their gender identity, those individuals don’t have a legal remedy.

North Carolina received a tremendous backlash against the law and The Charlotte Observer estimated that between $450 and $630 million dollars in revenue was lost. Several entertainers refused to play in the state and the NCAA threatened to pull out as well.

Perhaps fearing the same backlash, an attempt to pass a similar bill in Texas died in August 2017. Several companies, including the NFL and American Airlines threatened to boycott the state. In addition, more than 50 Texas business leaders, including ones from Chevron and Exxon Mobile, signed a letter to the Texas governor, which stated: “As members of Houston’s business community, we write to express our concern with the proposed ‘bathroom bill’ being considered in this special legislative session. We support diversity and inclusion, and we believe that any such bill risks harming Texas’ reputation and impacting the state’s economic growth and ability to create new jobs.”

Additional Protection in the Garden State

In July 2017, Governor Chris Christie signed two bills into law that offer protections to transgender citizens in New Jersey. One directs the New Jersey Commissioner of Education to develop policies to insure that schools allow students to use the bathroom and locker room based on their gender identity and the other prohibits health insurers from discriminating against transgender individuals.

Is the Justice Department Being Inconsistent?

In a surprising move given his past views on transgender issues, in October 2017 Attorney General Sessions directed his Justice Department to send a federal hate crimes lawyer to help prosecute an Iowa man charged with killing a 16-year-old transgender woman.

“He has no problem with discrimination against LGBTQ people in jobs, education and other facets of life, but will lean forward in this one case where a transgender individual has been killed,” Vanita Gupta, president of the Leadership Conference on Civil and Human Rights, told The New York Times. “While it is of course good that DOJ is aggressively pursuing this case, it would behoove Sessions to connect the dots between his policies that promote discrimination and hate that can result in death.”

Gupta was the head of the DOJ’s civil rights division under the Obama Administration.

Glossary Words:
animus: hostile feeling or animosity.
due process rights: basic rights of fairness against government actions which threaten a person’s life, liberty or property.
repeal: revoke. A law (or amendment) that has been repealed has been withdrawn or cancelled and is no longer a law.