Is Corporal Punishment Making a Comeback? 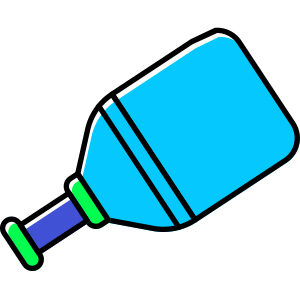 Whether you’re for or against the use of corporal punishment in schools, the one thing everyone probably agrees on is that the practice is not easily forgotten if it’s been used on you.

In an opinion piece for NBC News’ blog, S.C. Beckner, an essayist and MFA candidate at the University of North Carolina, recounted how she was paddled in school 37 years ago. The incident stayed with her as she recalled how “the first swing of three lifted my body, bent at the waist over the back of a chair, off the floor.” Beckner goes on to describe in detail the bruises that prevented her from sitting for days.

In an article for The Atlantic, Kaleb Hill described his encounter with corporal punishment as a sixth grader in Birmingham, AL. The punishment still elicits an emotional response, both about the incident and the school official who administered the punishment.

“I still remember what the paddle looked like—wooden with holes drilled in it—I remember his face…what his office looked like.”

Elizabeth T. Gershoff, PhD, a professor of Human Development and Family Sciences at the University of Texas at Austin, defined corporal punishment in a 2018 academic study as, “the use of physical force with the intention of causing a child to experience pain so as to correct their misbehavior.”

In the study, published by the National Library of Medicine, Professor Gershoff, who is renowned for her research on the subject, points out that a child could receive corporal punishment for breaking nearly any school rule, from fighting to being late to school to violating the dress code.

Corporal punishment has been a common method of disciplining children since colonial times. Its roots can be traced back to England and the common law doctrine of in loco parentis, which is Latin for “in place of parents.” The doctrine gives authority-holders the legal responsibility to assume the role of a parent in some instances.

In 1977, the U.S. Supreme Court decided in the case of Ingraham v. Wright that corporal punishment can be used in schools to discipline students. The case involved a Florida eighth grader, James Ingraham, who was paddled more than 20 times and required medical attention. His infraction was being slow to leave the stage in the school’s auditorium when asked to do so by a teacher. A lawsuit was filed on behalf of Ingraham, as well as another student who was paddled at the Dade County junior high school.

According to data from the National Center for Education Statistics, in the 2017-2018 school year (the most recent data) “more than 69,000 children—disproportionately Black and male—were hit almost 97,000 times.” In fact, federal statistics show that while Black students make up 16% of the student body in public schools nationwide, they receive physical punishment at nearly three times the rate of their non-Black counterparts.

The Cassville School District in Missouri had banned corporal punishment in 2001. However, an anonymous survey of school employees, parents and students, which identified discipline issues as a major concern, opened the door to bringing it back. In June 2022, the Cassville school board adopted a policy that allows corporal punishment as a last resort “when all other alternative means of discipline have failed and then only in reasonable form and upon the recommendation of the principal.”

Parents were notified of the policy in August 2022 and each family was required to opt in or out.  Cassville School District Superintendent Merlyn Johnson, who called corporal punishment an “old-fashioned disciplinary method,” told the press that the practice was approved by parents as one of many disciplinary interventions the schools can use on students whose behavior is inappropriate.

“We understand that it is a bit of a shock factor,” Johnson told USA Today. “So, if there is one kid or a few kids out there that know…there might be a different type of discipline, it might change their behavior.”

In an interview with The Missouri News-Leader, Johnson said, “We’ve had people actually thank us for it,” referring to the district’s corporal punishment policy. “Surprisingly, those on social media would probably be appalled to hear us say these things, but the majority of people that I’ve run into have been supportive.”

According to a study conducted by the Society for Adolescent Medicine that appeared in the Journal of Adolescent Health, adults who received corporal punishment as children are often strong supporters of the practice. The study reported that advocates of corporal punishment believe “children are better-controlled, learn appropriate appreciation of authority, develop better social skills, as well as improved moral character, and learn to better discipline themselves.”

In its study, the Society for Adolescent Medicine concluded that “corporal punishment in schools is an ineffective, dangerous, and unacceptable method of discipline.”

As far back as 1988, the American Academy of Child and Adolescent Psychiatry took a position on corporal punishment in schools, stating that the practice “signals to the child that a way to settle interpersonal conflicts is to use physical force and inflict pain. Such children may in turn resort to such behavior themselves.”

In an interview with Slate Magazine, Stacy Patton, PhD, a professor of African American history at Howard University who wrote the book Spare the Kids: Why Whupping Children Won’t Save Black America, said, “Hitting between adults is illegal. A man hitting his wife, or his girlfriend is called domestic violence. If we hit animals, it’s called animal cruelty. But kids are the only group of people in this country where it is codified in law to assault their bodies.”

In the interview, Dr. Patton points out, “Spanking and abuse are all violent…We’ve got 50 years’ worth of science that shows that spanking is harmful to children’s bodies, their brain development, their IQ, and spanking is a form of chronic stress that can set a child up for chronic health issues like obesity, diabetes, heart issues, cancer, and even a lower life span.”

In an op-ed for The Washington Post, Joel Warsh, a Los Angeles pediatrician that specializes in integrative medicine, wrote, “Hitting an adult with a large wooden board would constitute an assault. There is a reason corporal punishment of adults is banned in U.S. prisons and military facilities—it is a cruel and unusual violation of an individual’s rights.”

Even with all the evidence available, some parents are hard to convince. For example, Khristina Harkey, a parent in the Cassville School District, told the Associated Press that corporal punishment worked for her when she got into trouble at school.

“There are all different types of kids,” Harkey said. “Some people need a good butt-whipping. I was one of them.”

While Harkey actually opted out of corporal punishment for her 6-year-old son, another grandparent, who is the guardian of an 8-year-old, opted in and defended the practice as a deterrent for her granddaughter.

“The child is getting spanked once; it’s not beatings,” she told the Associated Press.

Despite the U.S. Supreme Court’s decision in Ingraham v. Wright, state legislatures can still pass laws that ban corporal punishment in schools. In addition, federal lawmakers could choose to pass a national law outlawing the practice. Over the years, several lawmakers have made that attempt.

In June 2021, Senator Chris Murphy, of Connecticut, reintroduced legislation to abolish corporal punishment.  The Protecting Our Students in Schools Act would require the U.S. Department of Education to withhold funding from any school that allows its employees to use corporal punishment on its students.

The bill would allow the federal government to provide grants to pay school districts to invest in evidence-based practices that “promote positive school culture and climate,” which includes professional training and other resources. The bill includes other provisions that allow federal authorities to enforce these changes to schools and to assess their progress.

Despite receiving endorsements from dozens of organizations, including the National Education Association, the National Association of School Psychologists, and the American Professional Society on the Abuse of Children, the legislation never made it to a vote in Congress.

This article originally appeared in the winter 2023 edition of The Legal Eagle.