Supreme Court Takes on the Case of the Cursing Cheerleader 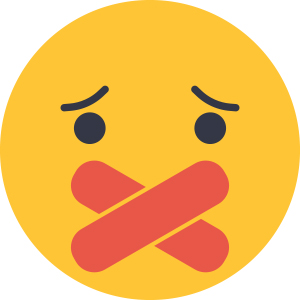 Imagine if your high school drama became the subject of a U.S. Supreme Court decision. That’s what happened in June 2021 when the Court decided Mahanoy Area School District v. B.L., which considered how the First Amendment to the U.S. Constitution applies to the free speech rights of public school students outside of school grounds.

In 2017, Brandi Levy, or B.L. as she was called in court documents, was a rising sophomore at Mahanoy Area High School in Mahanoy City, PA (she’s now a college student). Brandi was frustrated. She had tried out for the varsity cheer squad but instead was assigned to the junior varsity squad. She had tried out for the softball team but didn’t get the position she wanted.

So, as so many students do today, she turned to social media, posting a picture on Snapchat of herself and a friend with their middle fingers raised. The caption read: “F*** school f*** softball f*** cheer f*** everything.”

After a screen shot of B.L.’s Snapchat post was passed along to a cheerleading coach, she was suspended from the J.V. team for the upcoming school year. Even though she apologized, school leadership all the way up to the school board maintained her punishment. B.L. and her parents sued the school district in a U.S. district court, claiming her First Amendment rights had been violated.

As U.S. Supreme Court Justice Stephen Breyer described in the Court’s majority opinion, “B.L. did not accept the coach’s decision with good grace.” The Court however, sided with her in an 8 to 1 ruling. The decision represented the first time in more than 50 years that the Court came down on the side of student free speech.

“It might be tempting to dismiss [Levy’s] words as unworthy of the robust First Amendment protections discussed herein,” Justice Breyer wrote, “but sometimes it is necessary to protect the superfluous [unessential] in order to preserve the necessary.”

The U.S. Supreme Court has interpreted “abridging the freedom of speech” outlined in the First Amendment to include limits on how public schools can punish students for their words. Until 2021, the Supreme Court had mainly addressed student speech on campus or at school-related activities. B.L.’s case changed that.

More on the case

The district court ruled in B.L.’s favor; however, the school district appealed the decision to the U.S. Court of Appeals for the Third Circuit, which also found in favor of B.L. The Third Circuit held that because B.L. made the Snapchat post off school grounds—at a local convenience store—the school could not punish her for her post.

The school district then appealed that decision to the U.S. Supreme Court, which also found in favor of B.L., but with different reasoning than the Third Circuit. The Court rejected the bright-line rule the Third Circuit had made between on-campus speech, which schools could regulate, and off-campus speech, which the Third Circuit held schools could not punish. Instead, the U.S. Supreme Court held that schools may in some circumstances regulate off-campus student speech, but B.L.’s case did not fit any of those circumstances. In his opinion, Justice Breyer outlined such circumstances as including, among other things, bullying, threats targeting teachers or other students and breaches of school security.

To understand the Court’s decision in the B.L. case, Mike Hiestand, senior legal counsel for the Student Press Law Center (SPLC), a non-profit organization that aims to protect press freedom rights for student journalists, says it is important to review the history of other student speech cases.

Perhaps the most important student speech case, which the Court relied on in part for its decision in B.L., is the landmark 1969 case of Tinker v. Des Moines Independent Community School District. That case famously found that students do not “shed their constitutional rights to freedom of speech or expression at the schoolhouse gate.”

The Tinker case involved students protesting the Vietnam War. Mary Beth Tinker and other students had been suspended after they wore black arm bands to school. The U.S. Supreme Court defined two types of on-campus student speech that a public school could lawfully regulate: 1) unlawful speech, such as incitement to violence, or 2) speech that caused a “material and substantial interference” with school operation. The Court held that the students’ arm bands did not fall within either category and therefore the students could not be punished.

“That was the law of the land,” Heistand says, and it was applied by lower courts to “all sorts” of student speech cases for years; however, exceptions to the Tinker rule have been added over the years as well.

According to Hiestand, there are several key U.S. Supreme Court decisions on student speech after Tinker. One is Hazlewood School District v. Kuhlmeier (1988), which Hiestand said “significantly altered the landscape” on student speech. The ruling held that the Tinker standard only applied to speech that was not sponsored by the school. In other words, Mary Beth Tinker chose on her own to wear an arm band and was not representing the school in any way. In contrast, the Hazelwood case involved a student newspaper, provided as part of school curriculum, that published an article about teen pregnancy. In its ruling, the Court stated that a standard of “legitimate pedagogical [educational] concern” applied to the school’s regulation of the students’ school-sponsored speech in the newspaper, and it could be regulated.

With the 1986 case of Bethel School District No. 403 v. Fraser, the Court held that Matthew Fraser’s school could punish him for giving a speech at a school assembly that included “offensively lewd and indecent” content.

More recently, in the 2007 case of Morse v. Frederick, a high school senior in Juneau, Alaska unfurled a banner while viewing the Olympic torch relay across the street from his school. The banner read: “Bong Hits 4 Jesus.” Joseph Frederick was suspended and eventually sued his school. The U.S. Supreme Court ruled in favor of the school, holding that, because the school had encouraged students to attend the event, the sign was in a new category called “school-sanctioned speech.” Because the sign was interpreted to advocate for illegal drug use, the student could be punished.

Why the First Amendment protected B.L.

At the time the U.S. Supreme Court took the B.L. case, Heistand says the ability to limit off-campus student speech was becoming “a more and more important question” given the increase in student use of phones and other technology.

In deciding in B.L.’s favor, the Court recognized difficulties drawing the line between on-campus and off-campus behavior. Instead of simply ruling that B.L. could not be punished for her posts because she was not on school grounds, the Court considered whether the activity occurred in an area where parents, rather than schools, would normally take responsibility. The Court also noted that regulating student speech both on and off campus would “include all the speech a student utters during the full 24-hour day.”

In the lone dissenting opinion of the Court, Justice Clarence Thomas indicated that schools should have “more authority, not less, to discipline students who transmit speech through social media,” pointing out how rapidly information on social media can spread.

As an advocate for student journalists, Hiestand called the B.L. decision a “mixed bag” for student speech. “Certainly, the student won,” Hiestand says, but he and many other legal experts noted that the ruling left open many questions of when schools can punish a student’s speech off school grounds.

In his opinion, Justice Breyer noted the importance of teaching students what their First Amendment rights are.

“Schools have a strong interest in ensuring that future generations understand the workings in practice of the well-known aphorism [saying], ‘I disapprove of what you say, but I will defend to the death your right to say it,’” Justice Breyer wrote.