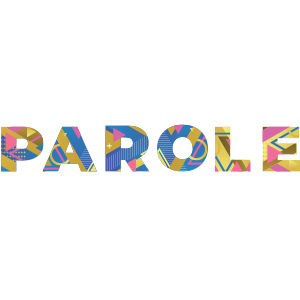 For decades, the U.S. Supreme Court has treated the issue of sentencing juveniles differently than the sentencing of convicted adults. Since 2005, the Court has decided five prominent cases dealing with juvenile defendants in the criminal justice system. With the latest case, Jones v. Mississippi, decided in April 2021, the Court went in a slightly different direction.

Age has been a fairly thorny issue for the U.S. Supreme Court over the last three decades as it has debated both capital punishment for minors and juvenile life without parole (JLWOP) prison terms. Relying on scientific research, the Court has rendered various opinions acknowledging that adolescents are less culpable than adults for their actions. For example, in the 1982 case of Eddings v. Oklahoma, the Court stated: “Our history is replete with laws and judicial recognition that minors, especially in their earlier years, generally are less mature and responsible than adults. Particularly during the formative years of childhood and adolescence, minors often lack the experience, perspective, and judgment expected of adults.”

The Court has ruled the most extreme criminal sentences for adults violate the U.S. Constitution’s prohibition against cruel and unusual punishment, as outlined in the Eighth Amendment, when applied to children. Consequently, juvenile sentencing laws have changed significantly over the last 15 years.

In 2005, with its decision in Roper v. Simmons, the Court ruled that imposing the death penalty for crimes committed by anyone under the age of 18 is unconstitutional. In 2010, the Court’s decision in Graham v. Florida barred sentencing juveniles to life without parole for non-homicide crimes. Then in 2012, with its decision in Miller v. Alabama, the Court barred the mandatory minimum of life without parole for juveniles, no matter the crime. A subsequent decision in Montgomery v. Louisiana clarified that the Court’s decision in Miller applied retroactively. Under the Court’s ruling in Montgomery, states are not required to re-litigate JLWOP prison terms, but they must allow minors convicted of murder to be considered for parole. The Court found that JLWOP is “a disproportionate sentence for all but the rarest of juvenile offenders, those whose crimes reflect ‘irreparable corruption.”

According to The Sentencing Project, a research and advocacy center based in Washington, DC, whose goal is to reduce U.S. imprisonments and address racial disparities in the criminal justice system, these U.S. Supreme Court decisions affected mandatory sentencing laws in 28 states and the federal government. In the last five years, according to a 2020 national Sentencing Project survey, the number of juveniles serving a life sentence with no possibility of parole has fallen 38 percent, with nearly 1,500 minors still fated to spend the rest of their days in a prison cell.

“Extending parole eligibility to juvenile offenders does not impose an onerous burden on the States, nor does it disturb the finality of state convictions,” former Supreme Court Justice Anthony M. Kennedy wrote in the Court’s 2016 Montgomery v. Louisiana opinion. “Those prisoners who have shown an inability to reform will continue to serve life sentences. The opportunity for release will be afforded to those who demonstrate the truth of Miller’s central intuition—that children who commit even heinous crimes are capable of change.”

With a 6-3 decision in Jones v. Mississippi, the U.S. Supreme Court upheld the life without parole prison term of Brett Jones, a Mississippi man convicted of stabbing his grandfather in 2004 when he was 15 years old. Jones was resentenced after the 2016 Montgomery v. Louisiana ruling but received another life without parole prison term despite showing signs of reform. He had earned a high school diploma while incarcerated and had been a model prisoner. In his appeal, Jones contended the sentencing judge failed to find him incapable of rehabilitation before jailing him for life, as mandated by law.

The U.S. Supreme Court, however, argued that a separate finding of “permanent incorrigibility” is not necessary to condemn criminals to lifetime prison terms. Incorrigibility is an offense specific to the juvenile justice system and happens when someone under the age of 18 refuses to accept adult authority. Permanent incorrigibility, also known as irreparable corruption, means that someone is deemed to be incapable of rehabilitation.

Though it appears to mark a departure from its earlier pro-juvenile decisions, the Court’s ruling in the Jones case reaffirms its earlier rulings on juvenile sentencing, according to J.C. Lore III, a professor at Rutgers Law School—Camden and the co-author of one of the country’s leading books on trial advocacy.

In her dissenting opinion, Justice Sonia Sotomayor pointed out the racial disparities of JLWOP sentences, citing that 70 percent of those serving these sentences are children of color. Justice Sotomayor wrote in her dissent that the Miller and Montgomery decisions were “not proved unworkable. To the contrary, they have spurred reforms across the country while avoiding intruding more than necessary upon states’ sovereign administration of their criminal justice systems.”

In a statement after the Court’s decision was announced, the NAACP Legal Defense and Educational Fund, Inc. said, “Requiring sentencing courts to make findings of permanent incorrigibility will help avoid biased sentencing and reduce the risk that sentencing courts will continue to impose life without parole sentences on Black children who are capable of reform.”

Justice Sotomayor wrote, “Jones and other juvenile offenders like him seek only the possibility of parole. Not the certainty of release but the opportunity, at some point in their lives, to show a parole board all they have done to rehabilitate themselves and to ask for a second chance.”

Although the U.S. Supreme Court denied his appeal, Jones could still obtain a reduced prison sentence by presenting his “moral and policy” arguments to officials in Mississippi (i.e., through the state legislature, state courts or governor).

“Importantly, like Miller and Montgomery, our holding today does not preclude the States from imposing additional sentencing limits in cases involving defendants under 18 convicted of murder,” Justice Kavanaugh wrote. “States may categorically prohibit life without parole for all offenders under 18. Or States may require sentencers to make extra factual findings before sentencing an offender under 18 to life without parole.”

Professor Lore says that what the Court is saying is that states should be the ones to decide whether life without parole is something they feel is morally acceptable.

“In other words, if states don’t want life without parole to be a possible sentence for a child, then they should enact their own laws,” he says. “Many states have chosen to do so or interpreted their state constitutions to have a greater protection of children than the U.S. Constitution.”

Twenty-five states currently ban JLWOP (Mississippi is not one of them), according to The Sentencing Project. Of the remaining 25 states that allow such punishment, six have no prisoners serving lifetime jail terms for crimes committed in their youth. Judges in the 25 states that allow JLWOP now may have more legal authority to mete out lifetime prison terms for minors.

“For those states that haven’t banned the sentence of life without parole for children, [the court decision] makes it somewhat easier to hand down that sentence,” Professor Lore explains.