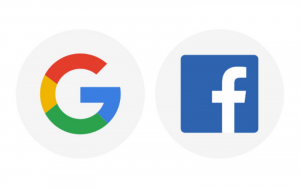 Advances in the technology industry have made leaps and bounds in a short period of time. Google, founded in 1998 by two Stanford graduate students in a garage, now employs more than 135,000 employees. In January 2020, Alphabet Inc., Google’s parent company, was estimated to be worth $1 trillion. Facebook, founded in 2004 by Harvard College students in a dorm room, is now worth an estimated $800 billion and has nearly 59,000 employees.

Both Google and Facebook dominate in their respective technology areas. But what happens when a company becomes too dominant? Lawsuits brought against these tech companies will attempt to answer that question.

Adopted in 1890, the Sherman Antitrust Act was enacted to prevent monopolies and protect economic competition. It was the first piece of legislation that Congress passed prohibiting trusts. A trust is the joining of several businesses in the same industry. By joining forces, these companies can control production and distribution of a particular product or service, limiting competition. Trusts can lead to a monopoly of a certain industry, giving total control over pricing.

In 1882, John D. Rockefeller established the first American monopoly with the Standard Oil Company. Cornering the market on oil, Rockefeller was able to charge whatever he wanted for his product. While this inspired Congress to take action, passing the Sherman Antitrust Act, which made trusts and monopolies illegal, it would not be until 1911 that the government would break up Standard Oil into 34 smaller and separate companies.

In 1914, Congress passed the Clayton Antitrust Act to strengthen the Sherman Antitrust Act. The 1914 Act prohibits anticompetitive mergers, predatory and discriminatory pricing, as well as other unethical corporate behavior. In addition, protections were expanded with the Clayton Antitrust Act allowing individuals to sue companies and seek triple damages; upholding the right for labor to organize and protest; and mandating that all mergers must receive permission from the Federal Trade Commission (FTC).

More than 100 years later, the Sherman Antitrust Act would be used to prosecute Microsoft on claims it created a monopoly with its internet browser. The Act was also used in the case against AT&T when the company was broken up in 1984 and it is cited in the lawsuits brought against Google and Facebook in 2020.

In July 2020, the CEOs of four major tech giants, including Apple, Amazon, Google and Facebook, gave congressional testimony before the House of Representatives Judiciary Committee’s Antitrust Subcommittee. These four tech companies have a combined net worth of almost $5 trillion.

In one exchange during the five-hour long hearing, Congressman Jerrold Nadler confronted Facebook CEO Mark Zuckerberg with an email he wrote regarding acquiring Instagram, which the company purchased in 2012 for $1 billion. The email suggested that Facebook wanted to acquire the photo-sharing app because it could “meaningfully hurt us [Facebook] later.”

During the hearing, Zuckerberg said that Facebook “tries to be the best” but competes fairly.

After a 15-month long investigation, in October 2020 the House released a 450-page report detailing how these four companies solidified their dominance in their respective tech fields.

“To put it simply, companies that once were scrappy, underdog startups that challenged the status quo have become the kinds of monopolies we last saw in the era of oil barons and railroad tycoons,” the report said. “Although these firms have delivered clear benefits to society, the dominance of Amazon, Apple, Facebook and Google has come at a price.”

The case against Google

In October 2020, the U.S. Justice Department filed a complaint against Google, which was joined by 11 states. The lawsuit accuses the company of unlawfully maintaining a monopoly in the online search and search advertising markets through various means, but mainly by excluding rivals from key distribution channels. The suit claims Google locks up distribution through exclusive contracts with Apple and Android vendors to ensure its search engine is the premiere web browser. The lawsuit cites Google’s 2018 strategy document, which states: “People are much less likely to change [the] default search engine on mobile.”

Another anti-competitive tactic allegedly employed by Google involves denying opportunities to potential adversaries. According to the suit, phone manufacturers using Google’s operating system have limited ability to sell Android devices that do not comply with the company’s standards. While manufacturers are provided access to Google’s “vital proprietary apps,” they must accept several other Google apps as well and make those apps undeletable.

In its quest to become a “monopoly gatekeeper of the Internet,” Google has foreclosed competition for online search, the suit contends. It also alleges that Google’s anticompetitive practices have harmed consumers by lowering the quality of digital search services, reducing choice, and thwarting innovation. Google, however, contends the lawsuit is flawed and insists that consumer use is driven by choice not force.

“People use Google because they choose to, not because they’re forced to, or because they can’t find alternatives,” Kent Walker, Google’s chief legal officer and senior vice president of Global Affairs, wrote in a blog post after the DOJ filed its lawsuit. “This lawsuit would do nothing to help consumers. To the contrary, it would artificially prop up lower-quality search alternatives, raise phone prices, and make it harder for people to get the search services they want to use.”

“Yes, like countless other businesses, we pay to promote our services, just like a cereal brand might pay a supermarket to stock its products at the end of a row or on a shelf at eye level,” Walker wrote. “So, we negotiate agreements with many of those companies for eye-level shelf space. But let’s be clear—our competitors are readily available too, if you want to use them. Our agreements with Apple and other device makers and carriers are no different from the agreements that many other companies have traditionally used to distribute software.”

In December 2020, more than 30 states brought another suit against Google, alleging anti-competitive business practices. The states fault Google for the way it structures internet search results and its alleged self-serving advertising search tools. Google maintains 90 percent of market dominance in search, making it hard for a smaller competitor to break through.

The U.S. government is using some of the same core arguments against Google in its lawsuit against Facebook. Complaints filed in December 2020 by the FTC, 46 states, as well as Guam and the District of Columbia, claim the firm maintains a global social networking monopoly by eliminating, suppressing and deterring new competition.

To ensure market domination, Facebook either purchases its rivals or destroys them through limited data, systems and network access, according to the lawsuit. That approach, according to the FTC, led to Facebook’s takeover of Instagram and WhatsApp, deals the agency approved in 2012 and 2014 respectively, but are now being scrutinized for their anti-competitive nature. The FTC wants Facebook to sell both Instagram and WhatsApp to level the playing field.

“Facebook’s illegal course of conduct has been driven, in part, by fear the company has fallen behind in important new segments and that emerging firms were ‘building networks that were competitive with’ Facebook’s and could be ‘very disruptive’ to the company’s dominance,” the states’ complaint alleges.

The complaint also directly quotes the emails of Facebook’s CEO. The lawsuit states, “As Facebook’s founder and CEO Mark Zuckerberg observed ‘one thing about startups…is you can often acquire them,’ indicating at other times that such acquisitions would enable Facebook to ‘build a competitive moat’ or ‘neutralize a competitor.’”

Facebook accused the states and the FTC of attempting to punish companies for protecting their investments and technology.

“Both acquisitions [Instagram, WhatsApp] were reviewed by relevant antitrust regulators at the time,” Jennifer Newstead, Facebook’s vice president and general counsel, wrote in an online rebuttal after the lawsuit was filed. “Now, many years later, with seemingly no regard for settled law or the consequences to innovation and investment, the agency [FTC] is saying it got it wrong and wants a do-over.”

Legal arguments and dragging on

Antitrust lawsuits are complicated and tend to go on for a long time. For example, the AT&T antitrust case lasted seven years. Legal experts say the lawsuits against Google and Facebook are likely to endure for years as well. The DOJ’s lawsuit against Google, for instance, isn’t scheduled to go to trial until 2023.

One question that will need to be addressed in these cases is how consumers have been harmed, something that the government will need to show, according to Michael A. Carrier, a professor at Rutgers Law School—Camden and an authority in antitrust law.

“For example, even if Big Tech harmed competitors, how exactly have consumers been hurt? That will be a challenge the government needs to meet,” Professor Carrier says.

Another challenge the government must overcome is defining the market in which these companies operate, which can be tricky for the high-tech sector. In the Facebook case, John E. Lopatka, a professor at Penn State Law School, says the government will try to prove that a social media advertising market is economically relevant.

“A challenge the government will have in all of these cases is that the defendant, as a tech platform, operates in a two-sided or multi-sided market,” Professor Lopatka says. “For example, Facebook provides services to users and to advertisers, two distinct groups of customers. The value of Facebook to advertisers increases as the number of Facebook users increases. This condition, which involves what economists call indirect network effects, tends to push a market toward a dominant firm.”

Professor Lopatka, who is one of the nation’s leading antitrust scholars, believes a breakup of either Facebook or Google would result in a significant loss for consumers, but doesn’t see such an outcome happening in these cases.

“In most of these cases, I’m skeptical the government will be able to prove that the bulk of the relevant defendant’s monopoly power was caused by illicit conduct,” Professor Lopatka says. “Some conduct may be found unlawful, and that conduct may have contributed to the defendant’s market position. But I suspect the effect of the condemned conduct will be found to be marginal. That does not mean that the companies will therefore be exonerated. But it does mean the remedy for any violation is likely to be modest.”

At press time, no lawsuits have been filed against Apple or Amazon; however, both companies have been under investigation for possible antitrust violations.

Glossary Words
defendant — in a legal case, the person accused of civil wrongdoing or a criminal act.
discriminatory pricing—not charging customers a set amount but the maximum amount they will pay.
monopoly—exclusive possession or control of the supply/trade in a particular industry.
predatory pricing—a strategy used to drive out competition by undercutting prices.
trust— the joining of several businesses in the same industry.