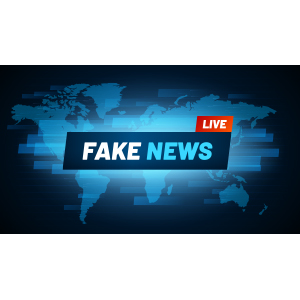 In this era of “fake news,” the likelihood of coming across misinformation and disinformation while searching the Internet is high. Whether it’s a news story, a photo or a video, it’s hard to determine what’s true and what’s not. That is why many in the education field advocate teaching media literacy in school.

“Media literacy is the ability to think critically about the media we consume—from television commentary to social media posts to online news and information,” Jinnie Spiegler, the director of curriculum and training at the Anti-Defamation League, wrote in an opinion piece for EdWeek. “It is an essential skill for informed civic engagement.”

In 2020, according to advocacy organization Media Literacy Now, 14 states were addressing media literacy through legislation, whether by requiring instruction, making resources available or forming a media literacy committee to explore the issue. For its part, the Garden State has five bills pending in the New Jersey State Legislature that deal with media literacy education for grades K-12.

Sam Wineburg, a history professor at Stanford University, says there is a danger when media literacy is not taught in schools correctly and cautions that it should not be a one-off lesson taught by the school librarian. Professor Wineburg says it needs to be part of everyday curriculum and “as soon as students have a smart phone or are put in front of a computer keyboard, they need media literacy tools.”

“Media literacy is civic online reasoning. It is the ability to make informed decisions about social and political issues that inform your life your community your nation and your world,” says Professor Wineburg. “When it is well-taught media literacy can be ennobling and empowering.”

It is a common misperception that students today, who have grown up in the digital age, know how to evaluate sources they come across on the Internet. A 2019 national survey of nearly 3,500 high school students, conducted by the Harvard Kennedy School, dispelled that notion. The students were shown a Facebook video that claimed to show ballot stuffing during the 2016 U.S. Democratic primary. The survey found that 52 percent of the students thought that the video provided “strong evidence” of U.S. voter fraud. The video actually depicted ballot stuffing in Russia, which would have been easy to detect if the students had done a simple search for “2016 voter fraud video.”

Media literacy encourages people to question what they see, hear and read, considering the sources of information and whether there is an underlying bias in the material. Essentially, it provides citizens the tools they need to recognize when they are being manipulated.

In 2018, the Stanford History Education Group (SHEG), a research and development group at Stanford University, released its findings after assessing more than 7,800 students on their ability to judge the reliability of information on the Internet. The students came from 12 different states and were in grade levels ranging from middle school through college. The study found that students across all grade levels struggled to distinguish news articles from paid advertisements. Among middle school students, more than 80 percent identified a piece of content as news when it was “sponsored content,” in other words, an ad.

Professor Wineburg, who is the founder and executive director of SHEG, points out that all media sources have a bias. He says he teaches students what the markers are that make a source credible. One of those markers is whether the media source has a safeguard in place to issue corrections when something has been reported incorrectly. A Columbia Journalism Review report revealed that many online news outlets don’t have corrections policies or even a way for people to report incorrect information.

A 2018 study from the Massachusetts Institute of Technology (MIT) revealed that fake news spreads faster on social media, particularly Twitter, than real news. Researchers at MIT wrote that lies “are more novel than true news” and provoke “fear, disgust and surprise,” which gets social media users more likes, shares and comments.

So, how do you avoid spreading false information? SHEG produced media literacy curriculum in December 2019 and offers it free to schools. The curriculum helps students develop the skills needed to navigate the current digital landscape and evaluate online content. SHEG suggests that students, or anyone reading information online, should ask themselves three questions: Who is behind the information?; What is the evidence?; and What do other sources say?

SHEG also advocates teaching students lateral reading, a technique used by professional fact checkers. In lateral reading you leave the site you’re on to open a new tab where you consult other sources to determine whether the information you’re reading is credible.

There are other strategies for discerning what is fake and what’s not. For example, if you come across an Internet photo that you think may have been doctored, you can do a reverse image search, which will uncover the original photo for comparison. A simple Google search will show you the steps, which can take under a minute. In addition, Factcheck.org offers eight steps to spot fake news, including reading beyond the headline. Sometimes news outlets draw you in with a sensational headline, causing you to share the story immediately. On second look, however, you might find that the story has little to do with the headline and was just a way to grab your attention.

Who is doing the misleading?

A 2020 study by researchers at Princeton University that was published in the journal Nature: Human Behavior, found that “fake news” is spread the most on Facebook, which refers users to “untrustworthy news sources more than 15 percent of the time and authoritative news sites only six percent of the time.” The researchers of this study also determined that on average people spend 64 seconds consuming a fake news article and 42 seconds on a verified news story.

Professor Wineburg says media literacy should be a bipartisan issue. “Egregious things are done on the right and the left,” he says. “This is an issue that sane Americans of all political persuasions have to be concerned with. If we can’t agree on the nature of facts then we can’t have an informed discussion on policy.”

A paper published in the journal Human Communication Research by researchers at the University of Colorado Boulder found that those people on the far ends of both the liberal and conservative spectrum were more likely to share and spread fake news stories. For example, in a sample of more than 1,100 pieces of fake news that were shared on Facebook, researchers found that 26 percent of them were shared by those self-identifying as conservative and 17.5 percent were shared by those self-identifying as liberal. Those who identified as being in the ideological middle and who had a high level of media trust were less likely to share fake news.

“We found that certain types of people are disproportionately responsible for sharing the false, misleading, and hyper-partisan information on social media,” the paper’s lead author Tobias Hopp said in a press statement. “If we can identify those types of users, maybe we can get a better grasp of why people do this and design interventions to stem the transfer of this harmful information.”

So, why is it so important to be able to distinguish fake information from real facts? In an article for the Journal of Adolescent & Adult Literacy, Professor Wineburg, along with Abby Reisman, a professor at the University of Pennsylvania, wrote, “In a democracy, the ill-informed hold just as much power in the ballot box as the well-informed.” The authors went on to quote James Madison who wrote in an 1822 letter, “Knowledge will forever govern ignorance: And a people who mean to be their own Governors, must arm themselves with the power which knowledge gives.”

Hopp is in agreement. He noted in his statement, “We can disagree, but when we have fundamentally different views about what information is true and what is not, democracy becomes very difficult to maintain.”