When Whistleblowing Leads to Moviemaking 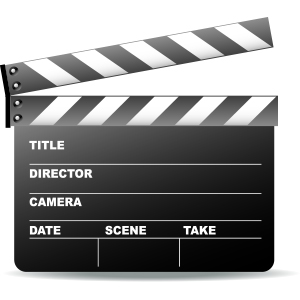 There have been countless whistleblowers throughout U.S. history. In most of these cases the public will probably never know their names, or if they do will soon forget them.

Frank Serpico was serving as a plainclothes police officer when he blew the whistle on police corruption within the New York City Police Department. In 1967, Serpico first reported evidence of corruption to his superiors in the NYPD, but nothing was done about it. In April 1970, Serpico contributed to a front-page article in The New York Times detailing widespread and systemic police corruption, which drew national attention. As a result, the mayor of New York at the time appointed what would become the Knapp Commission, a five-member panel charged with investigating accusations of police corruption.

In 1971, Serpico testified before the Commission, saying, “Police corruption cannot exist unless it is at least tolerated…at higher levels in the department.” His testimony came eight months after he was shot during a drug arrest, which would end his law enforcement career. His fellow officers refused to make what is known as a 10-13 call, which would have signaled that an officer had been shot.

Al Pacino starred as Serpico in the 1973 film of the same name. Serpico still speaks out about police corruption and in 2017 gave a speech, which was broadcast on Facebook live, in support of Colin Kaepernick and his efforts to shine a light on police brutality by taking a knee before football games. Standing at the foot of the Brooklyn Bridge, along with other NYPD officers, Serpico said, “I am here to support anyone who has the courage to stand up against injustice and oppression anywhere in this country and the world.”

In 1983, Meryl Streep starred as Karen Silkwood in the film Silkwood. Karen Silkwood worked as a chemical technician at Kerr-McGee, a nuclear plant in Oklahoma. She was also a labor union activist in the Oil, Chemical and Atomic Workers International Union. In her role as a member of the union’s bargaining committee, she was assigned to investigate safety issues and discovered numerous violations ranging from faulty equipment to workers being exposed to contamination.

In 1974, Silkwood testified before the U.S. Atomic Energy Commission regarding her concerns about the safety of workers at her plant. She relayed her own experience with being contaminated and alleged that safety standards had slipped due to a focus on speeding up production. Later that year, Silkwood was killed in a car crash on her way to a meeting with a New York Times reporter. She reportedly had gathered evidence that Kerr-McGee was acting negligently in regard to the safety of its workers. Foul play was speculated with regard to the car crash but it was never proven.

On behalf of her estate, Silkwood’s father sued Kerr-McGee for negligence. After a 10-month trial a jury awarded $505,000 in damages and an additional $10 million in punitive damages. A federal court reduced the judgment to $5,000 and eliminated the punitive damages. In 1984, the U.S. Supreme Court restored the original verdict, but ultimately Kerr-McGee settled out of court for $1.38 million but admitted no liability.— Jodi L. Miller

Glossary Words
liability — an obligation of responsibility for an action or situation, according to the law.
punitive damages—damages that exceed simple compensation and usually awarded to punish a defendant in a civil case.