Battling Stay-at-Home Orders in the Land of the Free 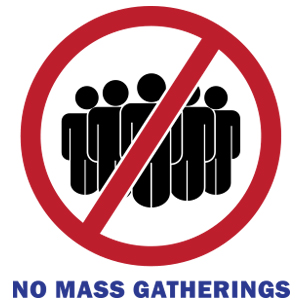 Among the many things that the COVID-19 pandemic has brought to light is that staying at home all the time is no fun and everyone has a different idea of what “essential” means.

For example, California’s Santa Clara County—one of the nation’s first coronavirus hotspots and the site of its first American death from the virus—imposed strict isolation orders in March 2020. Santa Clara County’s stay-at-home order was one of the toughest in the country. It curtailed travel and all gatherings, requiring residents to remain at home unless engaged in “essential” activities, government functions, or to operate essential businesses (grocery stores, gas stations, media services, hardware stores, plumbing services, banks).

The power to order citizens to shelter in place for health and public safety resides with the individual states, specifically the governor and also local officials. There is U.S. Supreme Court precedent on this issue. In 1824, the Court ruled that what are known as “police powers” belong to the state and not the federal government. Those police powers include imposing “isolation or quarantine orders.” In addition, the 1905 case of Jacobson v. Commonwealth of Massachusetts concerned whether Massachusetts could mandate that its citizens be vaccinated for smallpox. The Court ruled that it could. The decision stated that under the 10th Amendment to the U.S. Constitution “a community has the right to protect itself against an epidemic of disease which threatens the safety of its members.”

Despite the previous U.S. Supreme Court decisions, stay-at-home orders have triggered numerous lawsuits during the pandemic. According to Hunton Andrews Kurth, a law firm tracking COVID-19 legal complaints, nearly 1,300 coronavirus-related civil rights lawsuits were filed in US courts as of January 2021.

In March 2020, Wisconsin Governor Tony Evers imposed the state’s “Safer at Home” order, which directed that “all Wisconsinites must stay at home as much as possible and non-essential businesses and operations must cease…” The order also halted all public and private gatherings of any size and detailed a list of 23 essential businesses, including grocery stores, gas stations and financial institutions.

In May 2020, Wisconsin’s Supreme Court overturned the “Safer at Home” directive, ruling the order was not properly implemented. The court also questioned Governor Evers’ authority to impose extensive restrictions during a pandemic, noting, “The Governor cannot rely on emergency powers indefinitely.” Governor Evers wanted to extend Wisconsin’s stay-at-home order to May 26, 2020.

In a dissenting opinion, Wisconsin Supreme Court Justice Rebecca Dallet wrote, “This decision will undoubtedly go down as one of the most blatant examples of judicial activism in this court’s history. And it will be Wisconsinites who pay the price.”

Jacob T. Elberg, a professor at Seton Hall University School of Law who teaches health law, explains that the arguments against restricting gatherings are not focused on constitutionality, but on a governor’s use of statutory authority.

“Some such arguments have been successful where courts in some states have held that particular restrictions have exceeded the governor’s authority,” Professor Elberg says. “Other constitutional arguments—such as those brought by business owners arguing that limitations constitute unconstitutional takings without due process in violation of the Fifth Amendment, have generally not been successful, with some limited exceptions where the orders at issue were viewed by the courts as not narrowly tailored.”

What about religious services?

The U.S. Supreme Court fielded numerous pandemic-related emergency requests in 2020. Among those it accepted were two that involved violations of religious freedom, with litigants in California and Nevada accusing their respective state governments of violating First Amendment rights to freedom of religion and assembly. The high court upheld shelter-in-place orders in both states in separate 5-4 rulings.

The majority of the Court didn’t give a reason for rejecting a Nevada church’s complaint in July 2020, but in a similar California case, decided in May 2020, U.S. Supreme Court Chief Justice John G. Roberts wrote that judges should defer decisions of public health to local and state officials.

“Although California’s guidelines place restrictions on places of worship, those restrictions appear consistent with the free exercise clause of the First Amendment,” Justice Roberts wrote. He also wrote that public health is a “dynamic and fact-intensive matter subject to reasonable disagreement, but one the Constitution principally entrusts to elected officials.” He went on to say that the decisions “should not be subject to second-guessing by an unelected federal judiciary, which lacks the background, competence and expertise to assess public health and is not accountable to the people.”

Justice Brett Kavanaugh dissented in the California case, writing, “The church and its congregants simply want to be treated equally to comparable secular businesses. California already trusts its residents and any number of businesses to adhere to proper social distancing and hygiene practices.”

But Chief Justice Roberts pointed out in his majority opinion, “Similar or more severe restrictions apply to comparable secular gatherings, including lectures, concerts, movie showings, spectator sports and theatrical performances, where large groups of people gather in close proximity for extended periods of time. And the order exempts or treats more leniently only dissimilar activities, such as operating grocery stores, banks and laundromats, in which people neither congregate in large groups nor remain in close proximity for extended periods.”

“In Nevada, it seems, it is better to be in entertainment than religion,” Justice Gorsuch wrote. “Maybe that is nothing new. But the First Amendment prohibits such obvious discrimination against the exercise of religion. The world we inhabit today, with a pandemic upon us, poses unusual challenges. But there is no world in which the Constitution permits Nevada to favor Caesars Palace over Calvary Chapel.”

Under New York’s plan at the time, if a religious institution was in a designated red zone (where the number of COVID-19 cases were high), religious services were capped at 10 people—no matter how large the facility. In an orange zone, 25 congregants were allowed. These restrictions proved problematic, particularly for Orthodox Jewish services, which require a minimum of 10 adult men. The restrictions effectively prohibited Orthodox women from worshiping.

In an unsigned opinion that granted a stay [essentially putting a hold] of New York’s orders, the U.S. Supreme Court said, “Even in a pandemic, the Constitution cannot be put away and forgotten. The restrictions at issue here, by effectively barring many from attending religious services, strike at the very heart of the First Amendment’s guarantee of religious liberty.”

In a dissent, Justice Sonia Sotomayor noted “bike repair shops and liquor stores generally do not feature customers gathering inside to sing and speak together for an hour or more at a time.” Justice Sotomayor went on to write in her dissent, “Justices of this Court play a deadly game in second guessing the expert judgment of health officials about the environments in which a contagious virus, now infecting a million Americans each week, spreads most easily.”

In light of the Court’s ruling in the New York case, an appeals court decision in a New Jersey case that went against a North Caldwell priest and a Lakewood rabbi was vacated. The priest and rabbi sued New Jersey Governor Phil Murphy over his limiting religious gatherings to 25 percent capacity. The unsigned order from the U.S. Supreme Court, issued in December 2020, ordered the U.S. 3rd Circuit Court of Appeals to reconsider its decision. At press time, the review was still pending.

“Public health laws need to be based on good evidence about the need for governmental intervention and the likely effectiveness of the interventions selected,” notes Seton Hall University Law School professor Carl H. Coleman, who specializes in public health law. “It’s also important to ensure that laws rely on the least restrictive means available, and that they don’t impose disproportionate burdens on disadvantaged groups.”

Professor Elberg notes that states are generally given wide latitude in terms of their authority to take action against impending threats to public safety, particularly when an emergency has been declared.

“That being said, states are not allowed to exercise that power in an arbitrary or an unreasonable manner,” Professor Elberg says. “Public health orders must have a real and substantial relation to protecting public health, and cannot be discriminatory or used as a pretext to meet other ends.”