Allowing the Freedom to Practice Religion or Not 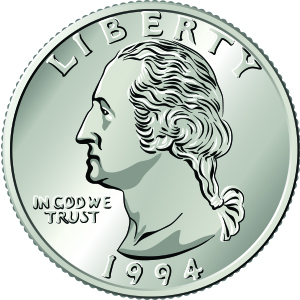 Article VI of the U.S. Constitution contains a clause stating: “…no religious Test shall ever be required as a Qualification to any Office or public Trust under the United States.” According to David Hudson, a First Amendment scholar at the Freedom Forum in Washington, DC, one reason for inclusion of the clause was a fear that the government would impose a religious orthodoxy as had been done in England.

“We didn’t want a situation like England had with Henry VIII and the Anglican Church,” says Hudson. “We did want a degree of religious freedom.”

In England, anyone that was not a member of the Church of England, the state religion, was not allowed to hold office and all government officials were required to swear oaths of loyalty to the monarch and disavow foreign loyalties such as the pope. Essentially, the religious tests were instituted to keep Catholics out of government.

Many of the early American settlers, including the Pilgrims and the Puritans, had fled England due to religious persecution. That fact makes it puzzling to note that many of the colonies established an official religion and required residents to follow them.

In an article for Smithsonian Magazine, historian Kenneth C. Davis, wrote, “In newly independent America, there was a crazy quilt of state laws regarding religion. In Massachusetts, only Christians were allowed to hold public office, and Catholics were allowed to do so only after renouncing papal authority. In 1777, New York State’s constitution banned Catholics from public office (and would do so until 1806). In Maryland, Catholics had full civil rights, but Jews did not. Delaware required an oath affirming belief in the Trinity. Several states, including Massachusetts and South Carolina, had official, state-supported churches.”

In 1961, the U.S. Supreme Court issued a ruling regarding religious tests in the case of Torcaso v. Watkins. Maryland’s governor had appointed Roy Torcaso, an atheist, as a notary public. Maryland’s State Constitution required “a declaration of belief in the existence of God” in order to hold state office. Torcaso refused to offer such an oath and his appointment was revoked. He sued and lost at the state level, with the Maryland Court of Appeals ruling: “The petitioner is not compelled to believe or disbelieve, under threat of punishment or other compulsion. True, unless he makes the declaration of belief, he cannot hold public office in Maryland, but he is not compelled to hold office.”

Torcaso appealed to the U.S. Supreme Court and won. The Court unanimously held: “There is, and can be, no dispute about the purpose or effect of the Maryland Declaration of Rights requirement before us—it sets up a religious test which was designed to and, if valid, does bar every person who refuses to declare a belief in God from holding a public ‘office of profit or trust’ in Maryland.”

As to the reasoning of the Maryland Court of Appeals, Justice Hugo Black, who wrote the opinion of the U.S. Supreme Court, said, “The fact that a person is not compelled to hold public office cannot possibly be an excuse for barring him from office by state-imposed criteria forbidden by the Constitution.”

Some states still contain language in their constitutions requiring office holders to maintain certain religious beliefs, including one that mention a belief in a “Supreme Being” (South Carolina) and one that mentions a future state with “rewards and punishments” (Pennsylvania). In addition, some states put religious requirements on jurors. The Court’s decision in Torcaso and other Court decisions make the requirements unenforceable.

“It is the first 10 words of the Bill of Rights,” Hudson says. “‘Congress shall make no law respecting an establishment of religion,’ and the U.S. Supreme Court has interpreted that part of the First Amendment to provide for separation between church and state.”

The phrase is attributed to a letter that Thomas Jefferson wrote in reply to the Danbury Baptists in 1802. As a religious minority, they were concerned that there was no explicit protection of religious liberty in Connecticut’s state constitution. In his letter President Jefferson referred to the U.S. Constitution’s Establishment Clause and contended that it built “a wall of separation between Church and State.”

Hudson says that Jefferson’s letter to the Danbury Baptists is an important historical source, and the Supreme Court has relied on it when deciding Establishment Clause cases.

As with most of the Founding Fathers, Jefferson believed in keeping religion out of government. When he was governor of Virginia he tried to pass legislation that would have guaranteed legal equality for all religions (this was before the Bill of Rights). He argued, “It does me no injury for my neighbor to say there are twenty gods or no God. It neither picks my pocket nor breaks my leg.”

James Madison, who wrote the Bill of Rights and is considered the Father of the Constitution, argued that government support of any one religion is a threat to religion in general. “Who does not see,” Madison said, “that the same authority which can establish Christianity, in exclusion of all other Religions, may establish with the same ease any particular sect of Christians, in exclusion of all other Sects?”

So, if the Framers of the Constitution believed in separation from religion, why is “In God We Trust” on our money and why does the federal government have ritualistic practices, like an opening prayer in Congress?

Hudson says there is a difference between total separation of church and state and some separation.

“There is a huge debate over how best to interpret the Establishment Clause,” Hudson says. “One argument is that it is designed to prohibit the creation of a national church or to prohibit discrimination between religious sects, but not total separation.”

In 2014, the U.S. Supreme Court decided the case of Town of Greece v. Galloway, ruling 5-4 that the practice of reciting a prayer before town board meetings in Greece, NY was not a violation of the Establishment Clause.

“The town of Greece does not violate the First Amendment by opening its meeting with prayer that comports with our tradition and does not coerce participation by non-adherents,” Justice Anthony Kennedy wrote in the Court’s majority opinion. “That the First Congress provided for the appointment of a chaplain only days after approving language for the First Amendment demonstrates that the Framers considered legislative prayer a benign acknowledgment of religion’s role in society.”

In her dissenting opinion, Justice Elena Kagan pointed out that council members in Greece, NY could have told chaplains to keep the prayers non-denominational or clergy from different faiths could have been invited to give a prayer instead of focusing for the most part on Christian ministers.

“So month in and month out for over a decade, prayers steeped in only one faith, addressed toward members of the public, commenced meetings to discuss local affairs and distribute government benefits,” Justice Kagan wrote. “In my view, that practice does not square with the First Amendment’s promise that every citizen, irrespective of her religion, owns an equal share in her government.”

To help courts decide Establishment Clause cases, the U.S. Supreme Court came up with a three-prong test, known as the Lemon Test. It came out of the 1971 U.S. Supreme Court decision in Lemon v. Kurtzman, where the Court ruled 8-1 that Pennsylvania’s Nonpublic Elementary and Secondary Education Act violated the First Amendment’s Establishment Clause. The Act provided state aid to religious elementary and secondary schools.

The Lemon Test asks three questions in order to determine whether a law violates the Establishment Clause. Does the law have a legitimate secular purpose? Does the law endorse or disapprove of a religion? Will government become too entangled in religion because of the law? (The answers should be yes, no and no in order for the law to pass the test.) If the law fails any one of the three questions, it would be deemed unconstitutional.

So, would moments of silence in public schools pass the Lemon Test? As long as the moment is neutral and does not encourage prayer. Students can choose to use the time to pray, that is their First Amendment right, but the school cannot sanction the moment of silence as prayer.

The American Civil Liberties Union points out in its “Your Right to Religious Freedom” handout, “If a school official has told you that you can’t pray at all during the school day, your right to exercise your religion is being violated.” Students are allowed to pray whenever they want as long it doesn’t disrupt class and they are not forcing others to pray with them.

Hudson says that the religious clauses contained in the U.S. Constitution are necessary. “In a religiously diverse society,” Hudson says, “we need freedom of religion.”