Protecting the Rights of the Accused 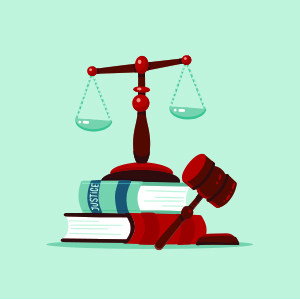 “These rights play a crucial role in the American criminal justice system,” says Paul Marcus, a professor at William & Mary Law School and an expert on the Sixth Amendment.

“The reasons for the rights in the Sixth Amendment stem mostly from what the Framers saw as problems in the traditional legal system. European justice was an inquisitorial system with a magistrate doing the fact finding, asking the questions, and putting the issue to the jury,” Professor Marcus says. “The Framers liked the adversarial approach but wanted to strengthen it. They envisioned a system with rights that would provide fairness in criminal matters where the government sought to restrict the liberty of citizens.”

In the 1972 case of Barker v. Wingo, the U.S. Supreme Court ruled that determinations of whether a defendant’s right to a speedy trial have been violated should be made on a case-by-case basis. While it was brought before the Court in 1972, the case dates back to the 1958 murders of an elderly couple in Kentucky. Willie Barker and Silas Manning were charged with the crimes, and the prosecution tried them separately. Wanting to secure Manning’s conviction first so that he would be more likely to testify against Barker, the prosecution, beginning in October 1958, sought 16 continuances in Barker’s trial.

In the Barker ruling, the Court came up with four factors to consider in determining whether a defendant has been prejudiced by the lack of a speedy trial. Those factors include: the length of the delay, the reason for the delay, the time and manner in which the defendant asserted the right and the degree of prejudice that the delay caused the defendant.

As for Barker, his conviction was upheld. While the Court agreed that the more than five-year time period between arrest and trial was “extraordinary,” it ruled that Barker was ultimately not prejudiced by the delay. In addition, the Court pointed out that Barker did not want a speedy trial, noting that his attorney only objected to two of the 16 continuances (the 12th and 15th). It seemed Barker was counting on Manning’s acquittal so there would be no reason for him to testify against him.

You may be surprised to learn that, for the most part, juries are not told what potential punishment a defendant faces if convicted before they enter into deliberations. The exception is in death penalty cases. Professor Marcus says that it is most common for judges, not jurors, to determine the punishment a defendant will face.

“Jurors decide punishment sentences in only a handful of states,” Professor Marcus says. “In fact, it is common for a mistrial to be declared when it can be proven that a jury was considering punishment while determining guilt.”

So, why aren’t juries told what sentence a defendant might face if convicted? Professor Marcus says it is because jurors have one very important job—determining whether the prosecution has proven guilt beyond a reasonable doubt.

“To focus on this job, the idea is to take out the temptation to make the decision based on potential punishment, or perhaps, even empathy,” Professor Marcus says. “Additional reasons may include the fact that juries aren’t privy to the other information that goes into sentencing decisions, such as drug use, past criminal history, and employment; and that judges are believed to be better at weighing the various sentencing factors due to their experience with sentencing over time.”

Professor Marcus notes that there is one federal judge who argues, “A jury has the constitutional right to know the sentencing impact of its decision,” but that view is not the view of the majority.

“The rule throughout the nation is that jurors may not hear about potential sentences and may not consider possible punishment in determining guilt or innocence,” he says

Right to Counsel and a Man Named Gideon

The Sixth Amendment’s right to “the assistance of counsel” in criminal prosecutions only applied to federal cases, not to the states. That changed with the 1963 landmark U.S. Supreme Court decision in Gideon v. Wainright.

The case involved Clarence Earl Gideon, who was charged in 1961 with the break-in of a Florida poolroom. Faced with charges of breaking and entering with the intent to commit petty larceny, Mr. Gideon requested an attorney be appointed by the state to represent him, as he was too poor to afford a lawyer. His request was denied because Florida law only required the appointment of counsel for a capital offense.

Mr. Gideon was forced to represent himself at trial. He was convicted and sentenced to five years in prison. His lower court appeals were denied, but his handwritten petition to the U.S. Supreme Court was granted a hearing.

The Court assigned Washington, D.C. attorney Abe Fortas, a future U.S. Supreme Court justice, to represent Gideon. At issue was whether the Sixth Amendment applies to defendants in state courts. In a unanimous decision, the Court ruled that it did. Based on the ruling, the Sixth Amendment was incorporated by the 14th Amendment to apply to the states.

In the Court’s majority opinion, Justice Hugo Black wrote that “reason and reflection require us to recognize that in our adversary system of criminal justice, any person hauled into court, who is too poor to hire a lawyer, cannot be assured a fair trial unless counsel is provided for him.” Justice Black further stated that the “noble ideal” of “fair trials before impartial tribunals in which every defendant stands equal before the law…cannot be realized if the poor man charged with a crime has to face his accusers without a lawyer to assist him.”

As a result of the Supreme Court’s decision, Clarence Gideon received a new trial, this time with representation, and was acquitted.

“If an obscure Florida convict named Clarence Earl Gideon had not sat down in prison with a pencil and paper to write a letter to the Supreme Court; and if the Supreme Court had not taken the trouble to look at the merits in that one crude petition among all the bundles of mail it must receive every day, the vast machinery of American law would have gone on functioning undisturbed,” Robert F. Kennedy, a former U.S. Attorney General, said after the Court issued its decision. “But Gideon did write that letter; the court did look into his case; he was re-tried with the help of competent defense counsel; found not guilty and released from prison after two years of punishment for a crime he did not commit. And the whole course of legal history has been changed.”

Clarence Gideon died in 1972 at the age of 61. Engraved on his headstone is a quote from a letter he wrote to Abe Fortas while he was in prison: “Each era finds an improvement in law for the benefit of mankind,” enforcing his belief that he was involved in something bigger than himself.

Professor Marcus says that with the Gideon ruling, “The Court acknowledged that there are many criminal justice matters that cannot be argued properly without the assistance of an attorney, no matter how intelligent or capable the criminal defendant is. The opportunity to be represented by effective lawyers gives defendants a fairer chance to fight their prosecution against government paid prosecutors with extensive resources.”

While Professor Marcus regards the Gideon decision as remarkable, he says there are numerous problems with the way it has been interpreted and applied.

“The most concerning relates to an overburdened group of lawyers, chiefly public defenders. With enormous caseloads, these attorneys simply do not have the time to meet at length with their clients, investigate the facts in the case, research the law, and prepare for trial,” he says. “This problem of underfunding has existed for more than half a century, with few states providing adequate resources to solve the problem.”

Regarding the importance of the Sixth Amendment, Professor Marcus says, “Our Framers believed then, and we as a nation today agree, that in order to deprive one of liberty, that person should have the right to be represented by a lawyer, before a jury, in front of a judge, and be given the opportunity to present evidence and see who is serving as witnesses for the government. Those rights remain vital to our criminal justice system today.”

Glossary Words
acquitted: cleared from a charge.
appealed: apply to a higher court for a reversal of a lower court’s decision.
beyond a reasonable doubt: when a jury is completely convinced of a person’s guilt.
capital offense: a crime, such as murder, where death may be considered as punishment.
continuance: a postponement.
defendant: in a legal case, the person accused of civil wrongdoing or a criminal act.
deliberations: discussions that take place by a jury after it has heard all the evidence in a case.
larceny: theft of personal property.
magistrate: a civil officer that administers the law.
majority opinion: a statement written by a judge or justice that reflects the opinion reached by the majority of his or her colleagues.
mistrial: a trial that has been ended before its conclusion because of an error in procedure.
prejudice: harm or injury that may result from an action or judgment.
public defender: a lawyer employed at public expense in a criminal trial to represent a defendant who is unable to afford legal counsel.
upheld: supported; kept the same.