Everyone Equal When Seeking Civil Justice 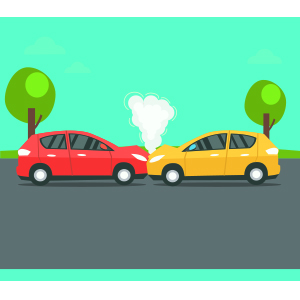 The principle of the Seventh Amendment is that, under America’s civil justice system, everyone has equal access to a civil jury trial.

The amendment states: “In Suits at common law, where the value in controversy shall exceed twenty dollars, the right of a trial by jury shall be preserved, and no fact tried by a jury, shall be otherwise re-examined in any Court of the United States, than according to the rules of the common law.”

According to Jay M. Feinman, a professor at Rutgers Law School—Camden, the colonists saw the jury as a defense against unjust laws and actions by their British rulers. King George III had actually abolished trial by jury within the Colonies, which was one of many grievances outlined in the Declaration of Independence.

“The right to a civil jury trial was included in the Seventh Amendment as a continued form of citizen participation in government and protection against government overreach,” Professor Feinman says.

The Seventh Amendment is one of the few amendments in the Bill of Rights that wasn’t incorporated by the 14th Amendment to apply to the states. However, 48 state constitutions also contain provisions for the right to a civil jury trial. The two states that don’t specifically have language in their constitutions—Louisiana and Colorado—regarding civil jury trials have provided for it through statute or court rule.

Shedding Light on a Wrong

Tort law governs civil jury claims. A tort is just a legal term used in civil law that describes the wrong or injury committed. Plaintiffs in a civil trial file tort claims against an entity that has wronged them in some way and in some instances the lawsuit can provide a public good.

For example, recently there have been numerous lawsuits against Johnson & Johnson claiming that its talc-based baby powder contains traces of asbestos, a carcinogen known to cause cancer. The lawsuits forced the company to suspend sales of its baby powder made with talc and to switch to a corn starch-based product.

Although personal injury lawsuits like the ones against Johnson & Johnson garner the headlines, Professor Feinman says that most civil cases in state courts are pretty “run-of-the-mill contract disputes” and are usually brought by businesses, including debt collection cases and landlord-tenant disputes.

According to the Rand Institute for Civil Justice, approximately 10 percent of those who have been injured seek compensation and only two percent file a lawsuit. Still, the United States has the reputation of being a “litigious society” and many have pushed for tort reform. Tort reform refers to proposed laws that would change the civil justice system, making it harder for victims to file lawsuits.

Advocates of tort reform include large corporations and chambers of commerce. Their argument is that frivolous lawsuits and the fear of large settlements or jury awards scare corporations and stifle innovation in product development.

Professor Feinman, who is an expert in insurance law, torts and contract law, says that America is actually not so litigious.

“Claims of frivolous lawsuits and too much litigation are used by big business interests as a ploy to cut back on the rights of consumers and injury victims,” Professor Feinman says. “The amount of civil litigation has been relatively stable for years. And, most lawsuits don’t arise from personal-injury claims, the usual subject of charges of frivolous litigation.”

In a 1986 speech about the need for tort reform, President Ronald Reagan used the misfortune of Charles Bigbee to make his case. Here’s how President Reagan portrayed it: “In California, a man was using a public telephone booth to place a call. An alleged drunk driver careened down the street, lost control of his car, and crashed into a phone booth. Now, it’s no surprise that the injured man sued. But you might be startled to hear whom he sued: the telephone company and associated firms!”

According to the Center for Justice and Democracy at New York Law School, President Reagan left a lot out of the story, including that Bigbee tried to get out of the phone booth when he saw the car coming at him, but the door jammed, trapping him inside. During the trial, it came out that Pacific Telephone & Telegraph had received multiple complaints about the door of that booth sticking. In addition, the phone company knew that corner was dangerous as a previous phone booth placed on the corner had been destroyed by a car hitting it two years prior to the incident with Bigbee. As a result of the accident, Bigbee lost his leg, was unable to work and suffered from depression for the rest of his life. He only received $25,000 from his lawsuit, and the payment was split between the phone company and the driver of the car.

One of the most famous so-called “frivolous lawsuit” is the 1992 case of Stella Liebeck, who purchased a cup of coffee from a McDonald’s drive-thru, spilled it in her lap and ended up with an almost $3 million dollar judgment. Tort reform advocates call it “the poster child” for tort reform. Critics of tort reform, however, hold the case up as the civil justice system working as it was intended.

According to Hot Coffee, a 2011 documentary that highlighted the case against McDonald’s, the media got the case wrong from the beginning, reporting that Liebeck was driving the car while trying to put sugar in her coffee and then sued the company for millions of dollars. She wasn’t in the driver’s seat, her grandson was. He had parked the car so that Liebeck could put sugar in her coffee. Placing the cup between her knees in order to get the top off, she spilled the liquid in her lap. Because the coffee was so hot, Liebeck suffered third-degree burns and required a seven-day hospital stay, skin grafts and a long two-year recovery period.

The 79-year-old Liebeck initially only asked McDonald’s to pay $20,000 to cover her medical bills. The company offered her $800. During the trial it was discovered that McDonald’s holding temperature for its coffee was 180 degrees, which was higher than the industry standard. In addition, it was revealed that McDonald’s had more than 700 complaints from customers who had been burned by its coffee.

During the deliberations in the case, the jury determined that Liebeck was 20 percent at fault for what happened and McDonald’s was 80 percent responsible. They came up with a figure of $200,000 in compensatory damages, which they calculated from a percentage of a day’s worth of coffee sales. The jury also awarded Liebeck $2.7 million in punitive damages. Punitive damages are awarded to punish the wrongdoer, in this case McDonald’s, as incentive to change the behavior or conditions that led to the judgment.

What the media also didn’t report at the time was that the judge in the case, who said that McDonald’s had engaged in “willful, wanton and reckless behavior,” ended up reducing the compensatory damages to $160,000 and the punitive damages to $480,000, according to the Hot Coffee documentary. Eventually, Liebeck and McDonald’s settled for an undisclosed amount.

“Many state constitutions, however, include provisions ensuring the right to a jury trial or guaranteeing a legal remedy for every right,” Professor Feinman says. “Courts have held that those constitutional provisions invalidate damage caps or other tort reform measures.”

According to Professor Feinman, the Seventh Amendment states in part that jury verdicts cannot be re-examined other than “according to the rules of the common law.” In common law, which is the law in place at the time of the adoption of the U.S. Constitution, a judge could set aside a jury verdict for legal errors made during the trial or when the verdict was unreasonable because it was so contrary to the evidence presented at trial that it shocks the conscience, Professor Feinman notes.

“Judges still have that power, but the remedy is to have the case tried before another jury, so the jury right is preserved,” Professor Feinman says.

At the urging of consumer groups, Charles Bigbee testified before Congress in 1986 in an attempt to set the record straight about seeking compensation. “I believe it would be very helpful if I could talk briefly about my case and show how it has been distorted not only by the President, but by the media as well,” Bigbee said. “That is probably the best way to show that people who are injured due to the fault of others should be justly compensated for the damages they have to live with the rest of their lives.”

Glossary Words
carcinogen: a substance that can cause cancer in living tissue.
compensatory damages: money awarded in a civil court to a plaintiff in order to compensate for damages, injury or an incurred loss.
litigious: unreasonably prone to go to law to settle disputes.
plaintiff: person or persons bringing a civil lawsuit against another person or entity.
punitive damages: damages that exceed simple compensation and usually awarded to punish a defendant.