Defining What is Cruel and Unusual 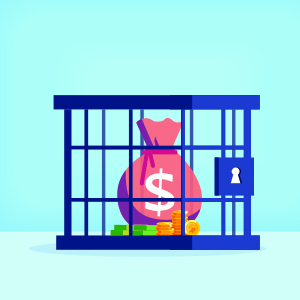 At just 16 words, the Eighth Amendment to the U.S. Constitution is the shortest. It states: “Excessive bail shall not be required, nor excessive fines imposed, nor cruel and unusual punishments inflicted.”

Adopted as one of the 10 amendments included in the U.S. Constitution’s Bill of Rights, which was ratified in 1791, the Eighth Amendment is almost identical to a clause from the English Bill of Rights of 1689. The only difference is that the English version contained the words “ought not” instead of “shall not.” The rest is the same.

So, does a punishment have to be both cruel and unusual to violate the Eighth Amendment? Kay L. Levine, a professor at Emory University School of Law, who teaches courses on constitutional criminal procedure and criminal law, says that based on Supreme Court rulings, a punishment violates the clause if it is either cruel or unusual.

“While it’s pretty safe to say that extremely cruel punishments are unusual,” Professor Levine says, “an unusual punishment (something that is arbitrary) could violate the Eight Amendment even if it is not independently cruel.”

No Money, No Bail

According to the Prison Policy Initiative, a non-profit and non-partisan organization that researches mass incarceration, more than 555,000 people are confined in local jails because they can’t afford to pay their bail. These people have not been convicted of a crime; they are simply too poor to pay the bail amount set for them.

Bail is considered excessive, Professor Levine says, if it is higher than is reasonably calculated to achieve the purpose for which it is imposed. There are two acceptable purposes for bail, she says, “preventing the defendant’s flight before trial and ensuring community safety (preventing the defendant from committing a dangerous act) while the trial is pending.”

Professor Levine says that the judge at a bail hearing will listen to arguments from counsel to help determine the proper bail amount, although she also notes that for every crime in a jurisdiction’s penal code, there is a default amount already set in a document called a “bail schedule.”

“So, when there is a bail hearing, it’s because one side or the other wants a deviation from the default amount in the bail schedule,” says Professor Levine. “Bail can be re-litigated multiple times throughout the case, because circumstances sometimes change as the case is ongoing.”

Proponents of bail reform point out that there are many people who are not a danger to the public that are stuck in local jails until their trial commences simply because they can’t afford their bail. The Prison Policy Initiative states: “The median bail amount for felonies is $10,000, which represents eight months’ income for a typical person detained because they can’t pay bail.”

Court Outlaws Death Penalty, Then Brings It Back

The death penalty has always been controversial and the U.S. Supreme Court has taken both sides. In 1972, with a 5-4 ruling in Furman v. Georgia, the Court decided that Georgia’s death penalty law was unconstitutional and violated the Eighth Amendment’s cruel and unusual punishment clause because of its “arbitrary and capricious sentences.”

In his opinion, Justice Potter Stewart wrote, “These death sentences are cruel and unusual in the same way that being struck by lightning is cruel and unusual…I simply conclude that the Eighth and 14th Amendments cannot tolerate the infliction of a sentence of death under legal systems that permit this unique penalty to be so wantonly and so freakishly imposed.”

The decision in Furman essentially put the death penalty on hold in the United States. State legislatures passed new death penalty laws attempting to eliminate the issues noted in Furman, specifically the arbitrariness of death sentences.

In 1976, with the case of Gregg v. Georgia, the U.S Supreme Court reversed itself, declaring the death penalty constitutional. Georgia had revised its death penalty law to incorporate a two-step trial process. The first trial determined a defendant’s guilt or innocence and the second determined the actual sentence. In the second phase, aggravating factors, circumstances that would increase the harshness of a crime, and mitigating factors, circumstances that may lessen the accountability of the defendant, would be considered. A jury would then decide whether to issue a sentence of death or life in prison. It is important to note that in order for a prosecutor to request the death penalty, an aggravating factor in the case must be stated.

Randomness and the Death Penalty

Evan J. Mandery, a professor at John Jay College of Criminal Justice in New York, says it’s not possible for death penalty sentences to be carried out in a non-racist and non-arbitrary way. According to statistics from the Equal Justice Initiative, a non-profit organization devoted to ending excessive punishment and mass incarceration, African Americans represent 42 percent of those on death row and 34 percent of those executed, despite being only 13 percent of the population.

Professor Mandery, an expert on the death penalty and the author of the book, A Wild Justice: The Death and Resurrection of Capital Punishment in America, points out that federalism, our system of government, creates arbitrariness. For example, laws vary by state (some have the death penalty, some don’t); there is the randomness of what prosecutor is assigned to a case (i.e., one that favors the death penalty); and then the selection of jurors at random. All of this contributes to the arbitrariness of the process, he says.

To make the process less arbitrary, Professor Mandery says that in states that have the death penalty, there should be a statewide standard for approval of capital charges, which should be overseen by a neutral panel, not left up to the discretion of a prosecutor. In addition, Professor Mandery suggests adding a new standard—proof to a near certainty—that would have to be met in death penalty cases. This new standard of proof would be higher than beyond a reasonable doubt, which is currently the highest standard.

When it comes to how juries interpret beyond a reasonable doubt, meaning how sure do they think they need to be of a defendant’s guilt, Professor Mandery says that juries are somewhere in the 83 to 90 percent range. He also notes that the more severe the crime, the lower that number goes down.

If the standard was raised to proof to a near certainty, Professor Mandery says, “There would be very few death penalty cases.”

According to the American Civil Liberties Union (ACLU), across the nation, at least one person is exonerated for every 10 people that are executed. According to the Death Penalty Information Center, since 1973, there have been 167 exonerations of prisoners from death row.

So, has anyone been put to death in the United States who later turned out to be innocent? The ACLU calls a number of cases into question, including the executions of Carlos DeLuna, where there is a reasonable suspicion that he was framed by another man named Carlos; Todd Cameron Willingham, where later scientific evidence showed no proof the fire that killed his three daughters was set intentionally; and Troy Davis, who was executed in Georgia, despite the withdrawal of the eyewitness testimony that convicted him.

In a dissenting opinion in the 1994 case of Callins v. Collins, which denied review in a Texas death penalty case, U.S. Supreme Court Justice Harry Blackmun wrote, “Perhaps one day this Court will develop procedural rules or verbal formulas that actually will provide consistency, fairness, and reliability in a capital sentencing scheme. I am not optimistic that such a day will come. I am more optimistic, though, that this Court eventually will conclude that the effort to eliminate arbitrariness while preserving fairness ‘in the infliction of [death] is so plainly doomed to failure that it—and the death penalty—must be abandoned altogether.’ I may not live to see that day, but I have faith that eventually it will arrive.”

According to the Death Penalty Information Center, 22 prisoners were executed in 2019, which is down from the yearly average of about 46. Over the years, the U.S. Supreme Court has put restrictions on the death penalty.

In 1976, the Court ruled in Woodson v. North Carolina that mandatory death penalty laws were unconstitutional. With the 2002 ruling in Atkins v. Virginia, the Court ruled that executions of the mentally disabled constitute cruel and unusual punishment and therefore are unconstitutional. Similarly, with its 2005 decision in Roper v. Simmons, the Court ruled that juveniles under the age of 18 should not be subject to the death penalty. That ruling resulted in 72 convicted juvenile murderers in 12 states having their sentences converted to life in prison.

Glossary Words
aggravating factors: any circumstance that increases the harshness of a crime. An example, of an aggravating factor is killing a child under the age of 14.
arbitrary: random.
bail: a thing of value (money, deed to a house, etc.) given to a court to ensure a defendant’s appearance in court.
beyond a reasonable doubt: when a jury is completely convinced of a person’s guilt.
capricious: unpredictable.
dissenting opinion: a statement written by a judge or justice that disagrees with the opinion reached by the majority of his or her colleagues.
exonerate: to acquit or free from blame.
federalism: a mixed form of government combining a federal government with state governments in one political system.
felony: a serious criminal offense usually punished by imprisonment of more than one year.
mitigating factors: circumstances that may lessen accountability, but do not excuse a defendant from guilt. Examples of mitigating factors could be the age of the defendant or the state of the defendant’s mental health.
penal code: a code of laws that outlines crimes and offenses and the punishments for them.
ratified: approved or endorsed.
standard of proof: the burden of proof required to prove a particular type of case.