Sharing the Power of a Nation 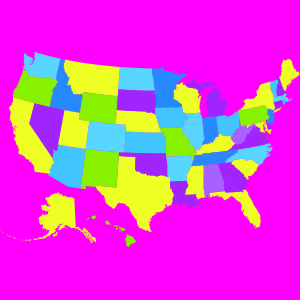 The 10th Amendment to the U.S. Constitution is the last amendment that makes up what is known as the Bill of Rights. The amendment states: “The powers not delegated to the United States by the Constitution, nor prohibited by it to the States, are reserved to the States respectively, or to the people.” Many believe that the 10th Amendment protects states’ rights; however, what the amendment is really about is federalism.

The United Kingdom has a unitary system of government where all the power is centralized in Parliament. When America won its independence from England, the Founders wanted a government as far removed as possible from England’s system of government, according to History.com. Originally the Founders formed a confederation, where the power originates at the local level with the individual states. That’s why America’s first constitution was called the Articles of Confederation.

It wasn’t long before the Founders realized that the system of government they had chosen was inadequate. It had a weak central government that had little or no power and the country was in chaos. The states were each minting their own money, they were squabbling over borders and there was no one with the authority to mediate disagreements. The compromise that was struck at the 1787 Constitutional Convention was federalism, where power would be shared between the states and the federal government.

Robert A. Schapiro, a professor at Emory University School of Law and co-director of its Center on Federalism and Intersystemic Governance, says that federalism is the constitutional allocation of power between a national government and, in America’s case, states, but it can also mean territories or provinces.

“A central purpose of the Constitution was to create a more cohesive nation and a stronger national government,” Professor Schapiro says. “At the same time, the Framers wanted to acknowledge the continuing importance of states and to counteract fears that the new national government would attempt to reproduce the tyranny of a distant government in Britain, from which the country had recently achieved independence.”

Professor Schapiro says that the 10th Amendment is a constitutional reminder that the national government is one of defined and limited power, with all other power remaining with the states.

The powers referred to in the 10th Amendment are the enumerated powers listed in Article I, Section 8 of the U.S. Constitution, which outlines all the powers that the federal government maintains. The list is pretty long and includes collecting taxes, borrowing money, coining money, regulating national and international trade and declaring war, among many other powers.

So, what are powers that a state retains? Anything not mentioned in Article I, Section 8. For example, laws regulating education are left to the individual states, as well as the responsibility of maintaining state justice systems, setting up local governments, counties and municipalities, maintaining state highways and implementing benefits programs, such as welfare. Each state also has its own Department of Motor Vehicles, so another example of a power that a state has is issuing driver’s licenses.

Federalism and the Supreme Court

In the 1941 case of United States v. Darby Lumber Co., the U.S. Supreme Court said the 10th Amendment “states but a truism that all is retained which has not been surrendered.”

“The Amendment serves to emphasize the continuing importance of states,” he says, “which is a structural principle established by other parts of the Constitution.”

A recent U.S. Supreme Court case dealing with federalism and the 10th Amendment is the 2018 case of Murphy v. NCAA, which concerned sports betting in New Jersey. Specifically, New Jersey sought to have the Professional and Amateur Sports Protection Act (PASPA), a federal law, overturned because it was preventing sports betting in the Garden State. The Court sided with New Jersey stating that PASPA violated the anti-commandeering principle of the U.S. Constitution and was therefore unconstitutional. The anti-commandeering principle says that it is not the responsibility of the states to enforce federal law and the government cannot make states do so.

In the Court’s majority opinion, Justice Samuel Alito wrote, “Conspicuously absent from the list of powers given to Congress is the power to issue direct orders to the governments of the States. The anti-commandeering doctrine simply represents the recognition of this limit on congressional authority.”

Federalism involves some emphasis on the powers of states, Professor Schapiro notes, and it has been used to justify oppressive state practices. However, he points out that federalism is not the same thing as states’ rights.

“Federalism is about allocating power between the national government and the states and includes denying certain powers to the states,” he says. “For example, the 14th Amendment’s prohibiting states from denying equal protection or due process is an important principle of federalism.”

Professor Schapiro maintains that people will always focus on whether empowering the states or the national government supports a particular result in a particular instance.

“However, many recognize the value of allocating power between the national government and the states, not to advance particular goals, but to advance general values, such as responsive governance, democratic participation, and protecting liberty by creating alternate centers of powers.”

There are times when states have paved the way in advancing change, Professor Schapiro says, including fighting climate change, supporting immigrants, or protecting against discrimination based on sexual orientation or gender identity.

“These policies might not have been adopted on a national level,” Professor Schapiro says, “but federalism allowed states to model alternative solutions.”

At the same time, he says, there is a general recognition of the need to have certain guarantees of national citizenship, covering matters such as protection against discrimination and the protection of voting, which is where federal legislation comes in.

“National legislation, such as the Civil Rights Act of 1964 and the Voting Rights Act of 1965, has been essential in protecting rights throughout the nation without regard to the preferences of the people or governments of individual states.” Professor Schapiro says.

So, is America one entity or a combination of independent nations? Professor Schapiro says the United States is one entity, in which the states retain important authority.

Glossary Words
confederation: a union of independent states.
enumerate: establish the number of.
federalism: a mixed form of government combining a federal government with state governments in one political system.
overturn: to void a prior legal precedent.
tyranny: power used in cruel or unfair manner; oppression.
unitary: forming a single or uniform entity.