Sowing Seeds of Doubt to Suppress the Youth Vote 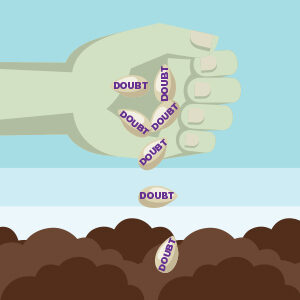 There are nearly 17 million students enrolled in colleges and universities across the United States. Some of these students are passionate about political causes and feel strongly about exercising their right to vote.

According to Tufts University’s Institute for Democracy and Higher Education, voter turnout among college students doubled in 2018 from what it was in 2014. Still, voter participation among this portion of the electorate remains low. That’s why when a New Hampshire law threatened to suppress the youth vote, two students from Dartmouth College decided to sue.

Seeds of doubt on college campuses

H.B. 1264 redefined the meaning of domiciled to have the same significance as residency with the same requirements. That meant that it triggered certain residency requirements including obtaining a New Hampshire driver’s license and registering a car if you want to drive in the state. These requirements effectively created a poll tax in order to vote. Obtaining a driver’s license in New Hampshire can cost as much as $50 and car registration can be upwards of $300. New Hampshire’s legislature claimed that the law was passed to bring the state in line with every other state in the union and also to combat voter fraud, despite no evidence to suggest that voter fraud is a massive problem in the state or anywhere else in the nation.

The federal lawsuit, filed by the American Civil Liberties Union (ACLU) on behalf of the Dartmouth students, claimed the new requirements would scare away out-of-state students from voting on Election Day. Many out-of-state students choose to register to vote in the town where they attend college because the laws, whether state or local, have an effect on them.

In newspaper reports, Maggie Flaherty, one of the Dartmouth students who brought the lawsuit, noted that she spends more time during the year at college in New Hampshire than in her home state of California.

“New Hampshire politics affect our health care, the environment and the air we breathe, and so I feel it’s really important to vote where we live,” Flaherty told Dartmouth’s student newspaper.

The ACLU challenged the law on multiple constitutional grounds, claiming it placed a severe burden on students’ right to vote without a compelling state interest, which violates the First and 14th amendments. In addition, the lawsuit claimed the law violates the 24th Amendment, which prohibits poll taxes and, because it has the effect of restricting young voters, the law also violates the 26th Amendment, which lowered the voting age to 18.

“College students have a statutory right to vote in New Hampshire,” Henry Klementowicz, the ACLU lawyer that took the case, told Dartmouth’s student newspaper. “Where people choose to register to vote is a personal choice that shouldn’t be subject to the payment of large fees to the Department of Motor Vehicles.”

What the students said

Flaherty said, “It’s not that they’re taking away our right to vote, it’s that they’re making it more difficult and confusing for us to vote.”

Miles Brown, who runs the campus voter drive at Dartmouth, told the local television station, “I think they’re definitely trying to take advantage of college-age students, who, if they have to put in a ton of effort to figure out how to vote, will be less likely to.”

In the end, the lawsuit was withdrawn after the New Hampshire Supreme Court clarified that the change in the definition of residency contained in the law does not affect voting. “Election laws do not establish motor vehicle or driving privileges and obligations, nor do the motor vehicle laws establish voting eligibility,” the court’s decision stated.

“This technical, state law decision does not change the fact that if you live in New Hampshire, you can vote in New Hampshire and does not address the constitutionality of the law,” Klementowicz said in a statement. “It is also important to note that you do not need a New Hampshire driver’s license to vote in the state. We have said since the beginning that driver’s licensing and voting should not be linked, and after this decision, we have come to the decision that it is no longer necessary to pursue this case any further.”

Betsy McClain, the town clerk in Hanover, NH where Dartmouth is located, told NBC News, “It’s the confusion that is disturbing. We can clarify it for people who present themselves, but maybe this confusion has dissuaded people.”

Over the years, other states, including Arizona, Florida, Wisconsin and Texas, have attempted to suppress the youth vote in their college towns as well. As for the confusion that the New Hampshire law caused and the possibility that it will suppress the state’s college-age voters in November, Professor Tolson maintains “there is nothing new under the sun” when it comes to voter suppression.

“Sowing confusion is a well-worn and time-honored method of voter suppression,” Professor Tolson says. “For two centuries, elections have been won and lost by misrepresenting the requirements to vote, who can vote, and when the election is.”

“A constitutional amendment would strengthen the right to vote, requiring courts to strictly scrutinize any restrictions on the right and thereby making suppression harder,” Professor Tolson says.

Glossary Words
domiciled—reside in.
electorate—everyone in a country or area who are entitled to vote.
poll tax—a voting fee, typically used to deprive African Americans of the right to vote.
statutory—required or permitted by law or statute.