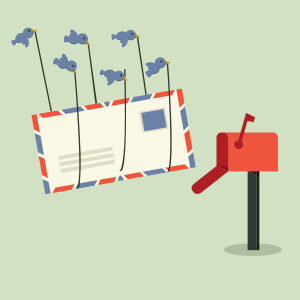 Voting in the 2020 presidential election could prove challenging this year as the unrelenting coronavirus pandemic fuels fear of going to the polls in person. In order to allay those fears, as well as address the lack of poll workers who are also afraid of exposure to the virus, many states are doing something they’ve never done before—encouraging citizens to vote by mail.

Voting by mail already an option

Since the pandemic, many states have expanded the excuses for voting by mail to include fear of the coronavirus. At press time, nearly 180 million eligible voters will be able to cast a mail-in ballot in the 2020 election. That number includes 21 million voters living in states where the excuses for voting by mail were expanded to include the coronavirus. Eight states, however, do not accept fear of contracting the disease as an excuse to vote by mail. For those voters, in-person voting remains their only way to cast a ballot unless they can provide an excuse that their state will accept.

Voting in the Garden State

New Jersey became a “no excuse” state in 2005. For the 2020 election, however, all voters will be voting by mail. In order to protect public health due to the coronavirus, on August 14, 2020, Governor Phil Murphy issued Executive Order 177, which states that all of New Jersey’s 6.2 million eligible voters will receive a vote-by-mail ballot. Voters can either mail their ballot or drop it off at a designated drop box. Voters will still be able to vote at a polling place on Election Day, but they will fill out a provisional ballot rather than casting their vote via a voting machine. That is to ensure there are no double votes counted.

Soon after Governor Murphy issued the executive order, President Donald Trump’s campaign, along with the Republican National Committee (RNC), announced litigation against the Garden State. New Jersey is one of several states, including Rhode Island, Pennsylvania and Nevada that the Trump campaign and the RNC are suing over changes to the way they are conducting their elections.

According to Lisa Chapland, the New Jersey State Bar Association’s Director of Government Affairs and an attorney experienced in election law, the lawsuit challenges the constitutionality of the order. Essentially, the Trump campaign and RNC are alleging that the Governor does not have the right to mandate universal vote by mail in the state, asserting that changes in voting rest with the Legislature, not the Governor.

President Trump continues to claim that voting by mail leads to voter fraud. All the lawsuits brought against states challenging vote by mail cite voter fraud as a legal argument.

The lawsuit, Chapland explains, is really about reversing universal vote by mail and would not force people to vote in person. If the order was invalidated, Chapland says voters who want to vote by mail would have to submit an application to do so unless the voter has already opted to permanently vote by mail.

“It remains to be seen when and how these issues will be reviewed not just throughout the country, but by the U.S. Supreme Court,” Chapland says.

To bolster the voter fraud claim, the Trump campaign lawsuits reference the May 12 municipal race in Paterson, NJ, where nearly one-fifth of mail-in ballots were rejected and four people, including one of the winners, were charged with election fraud. The problems associated with Paterson’s election, the lawsuits claim, prove that mail-in voting will lead to widespread voter fraud.

While what happened in Paterson seems to support Trump’s argument, election law experts say it actually demonstrates the rarity of election fraud and the kinds of safeguards that have been put in place to protect ballot integrity.

“What happened in Paterson is terrible,” Ben Dworkin, head of the Rowan Institute for Public Policy and Citizenship, told News 12 New Jersey in mid-July. “But I think it’s also an example of the system working. These people were caught. They’re going to be tried. This is the way the system is supposed to work.”

Multiple analyses and investigations have uncovered almost no evidence linking mail-in voting to widespread fraud. In fact, a Washington Post analysis of vote-by-mail data from Colorado, Oregon and Washington State found an extremely small number of bogus ballots in the trio’s 2016 and 2018 general elections. The newspaper identified 372 possible double votes or voting on behalf of deceased individuals out of 14.6 million total votes, which works out to 0.0025 percent.

“You can commit voter fraud even with an in-person voting process,” Perr says. “Are there high incidents of it? No. There is no empirical evidence of high voter fraud in mail-in voting. There are anecdotal stories, but it’s not widespread.”

Darrell West, vice president of Governance Studies at the Brookings Institution, a nonprofit public policy organization based in Washington, D.C., cautions that tampering with mail ballots is a serious offense and people can go to jail for violations.

“There is little evidence of widespread voting fraud for mail ballots,” West says. “There have been a few instances and the offenders get prosecuted.”

Julie Anderson, an auditor from Washington State, told The Washington Post that there are security measures in place to catch voter fraud attempts, which include each envelope having a unique bar code. She likened cheaters to someone who buys a movie ticket online and makes copies to give to his friends.

“When the attendant scans your bar code, that’s it,” Anderson said. “All the tickets you gave your friends—they’re out of luck.”

When voting by mail, election experts agree that there needs to be a way to “cure” the ballots, meaning voters should be afforded a way to correct inadvertent errors. During the 2020 presidential primaries, more than 500,000 mail-in ballots across the nation were rejected due in part to voter error.

In August 2020, Governor Murphy signed New Jersey’s Ballot Cure Act into law. According to Chapland, the most important part of the bill is the inclusion of an online tracking system to track whether your ballot was rejected.

“If the ballot is rejected, the voter will be notified within 24 hours of the decision to reject the ballot and issued a ‘Cure Letter’ to explain the reasoning for such rejection and a pre-printed ‘Cure Form’ to permit the voter to cure the deficiency,” Chapland says.

With coronavirus cases continuing to escalate across the country, an increasing number of Americans support expanding access to mail-in voting. Implementing such a system nationwide, however, would be challenging because each state conducts elections differently and has its own rules. As Perr points out, the presidential election is “really 51 separate elections.”

“The U.S. Constitution spells out that each state governs its own election process,” Perr says. “It’s unlikely that Congress is going to change the Constitution to have a uniform system.”

West agrees and says there cannot be a national vote-by-mail system unless every state opts to make it so.

“That is not likely to happen given the differences between the states,” West says. “But it is conceivable that two-thirds will allow some form of mail voting so that many people will have the option. And with the likely continuation of the coronavirus, a lot of voters will avail themselves of that option in order to protect their health.”

One thing that voters nationwide will need to have this year is patience. With so many voting by mail, the results may not be known as rapidly as the country is used to.

Chapland notes in New Jersey’s 2016 General Election, approximately 340,000 people cast their ballots by mail, which were counted by Election Day. The highest voter turnout in a presidential election in New Jersey was 73 percent in 2008. Assuming a 73 percent turnout this year, there could be as many as 4.5 million ballots to count.

“By simple math, if the counties were able to count 340,000 ballots by Election Day in 2016, the counties would need an additional 14 days to count 4.5 million ballots,” Chapland says. “So we would be looking at results probably closer to mid to late December.”

Glossary Words
provisional ballot – used to record a vote by a voter whose eligibility is questioned. Those questions must be resolved before the vote can count.