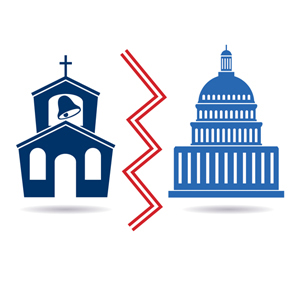 American education has traditionally focused on three basic skills: reading, writing, and arithmetic, known as the three “R’s.” Today, an effort is underway in the United States to add a fourth “R” to the mix—religion.

Lawmakers in numerous states have proposed or passed legislation in the last two years to include Bible literacy classes in public school curriculum. Many of the bills are modeled after a 2017 Kentucky law that permits elective social studies instruction on the “Hebrew Scriptures, Old Testament of the Bible or New Testament.” The purpose outlined in the Kentucky law is to “provide students knowledge of biblical content, characters, poetry, and narratives that are prerequisites to understanding contemporary society and culture.”

When the measure passed the Kentucky House of Representatives in February 2017, Rep. DJ Johnson, the bill’s sponsor, said, “The Bible is the single most impactful literary work that we have in Western civilization. It affects our culture, our values, our laws.”

A proposal in Alabama, which was signed into law in May 2019, intends to familiarize sixth through 12th grade students with biblical content; the Bible’s history, literary style, and structure; and its influence on world law, literature, art, music, morals, social values and culture. The law also allows schools to display religious artifacts, monuments and symbols as part of the class.

Efforts to establish Bible study courses have traditionally been inconsistent, but the movement has grown stronger in recent years with support from conservative Christian groups such as the Congressional Prayer Caucus Foundation. That organization launched an initiative, called Project Blitz, with the goal of protecting “the free exercise of traditional Judeo-Christian religious values and beliefs in the public square.”

Such efforts have reignited the debate over the separation of church and state. Critics of Bible literacy classes question the constitutionality of curriculum mandates, arguing the measures allow teachers to preach religion in class and are in violation of the U.S. Constitution’s establishment clause, which says: “Congress shall make no law respecting an establishment of religion, or prohibiting the free exercise thereof;…”

Supporters of Bible literacy legislation claim that America was founded as a Christian nation, pointing to “In God We Trust,” the motto of the U.S., and other ceremonial instances where God is invoked. But religious historians contend that while our Founding Fathers were Christians, they chose not to found the U.S. as a “Christian nation.”

In addition to the establishment clause, Article VI of the U.S. Constitution contains a clause stating: “…; but no religious test shall ever be required as a qualification to any office or public trust under the United States.” That means that you don’t have to be a Christian in order to hold public office. In addition, the 1797 Treaty of Tripoli, negotiated in part by President George Washington and then signed by President John Adams, included a clause that stated: “…the Government of the United States of America is not, in any sense, founded on the Christian religion.”

Although state Bible literacy laws warn against showing bias toward any particular religion or non-religious faith, they do not offer recommendations on Bible translations or specific scriptures to use in class. Guidelines from the Society of Biblical Literature urge teachers to use academic sources and secondary literature to supplement Bible studies. “While it is appropriate to have different translations of the Bible used as texts, courses that use it as the only text could be problematic and subject to legal challenge,” the guidelines state.

The separation of church and state has been a murky issue for U.S. policymakers. The U.S. Supreme Court weighed in on the issue with the 1963 case of School District of Abington Township v. Schempp. Edward Schempp, a resident of Abington Township in Pennsylvania, brought the case on behalf of his son, Ellery. The case involved a Pennsylvania law that required “at least 10 verses from the Holy Bible be read, without comment, at the opening of each public school on each school day.” Schempp contended that the law violated the First and 14th Amendments.

The Court ruled in favor of Schempp outlawing school-led Bible reading, group prayer and devotional religious instruction, but permitting the Bible’s study for literary and historical purposes. The Court said: “Nothing we have said here indicates that such study of the Bible or of religion, when presented objectively as part of a secular program of education, may not be effected consistently with the First Amendment.”

That means, to maintain constitutional compliance, Bible literacy classes must be secular, objective, non-devotional and non-promotional of any religion or faith. Or, as a circuit court put it in the 1990 case of Roberts v. Madigan, there is a “difference between teaching about religion, which is acceptable, and teaching religion, which is not.”

Angela Carmella, a Seton Hall University law professor whose academic focus is the intersection of law and religion, says that the Court’s decision in Schempp, drew a clear line between devotional exercises and the study of religious books like the Bible for educational purposes.

“The Court recognized that the Bible is very important to understanding the world. Knowing the Bible helps us understand history, literature, art, music, politics and anthropology,” Professor Carmella says, pointing out that writers and poets make references to stories within it and also that throughout history presidents have quoted from the Bible.

In addition, Professor Carmella notes that the Bible has influenced many social movements, like the Civil Rights movement.

“When we celebrate Rev. Dr. Martin Luther King Jr.’s legacy of racial equality, peace, and justice for all, we recognize that his speeches were full of biblical images and references,” Professor Carmella says.

One of the keys to obeying the law is teacher selection. A guide from The Bible Literacy Project Inc. and the First Amendment Center advises districts to hire teachers with academic backgrounds in religious studies. Instructors, according to the document, must understand the distinction between “advocacy, indoctrination, proselytizing, and the practice of religion—which is unconstitutional—and teaching about religion that is objective, non-judgmental, academic, neutral, balanced, and fair—which is constitutional.”

Six months after the ACLU of Kentucky released its findings, the KDE approved Bible literacy standards. Since the approval of those standards, at least two Kentucky school districts stopped offering Bible literacy courses due to low student interest. A high school in a third district followed suit last summer, though its decision was based solely on legal concerns.

Anderson County High School in Lawrenceburg, Kentucky kicked off its 2019-2020 academic year with a “World Religions” elective in place of a Bible literacy course. The new class is an optional elective that covers Christianity, Islam, Hinduism and other world religions.

A course on world religions that includes the Bible among other religious works would be less open to challenge, according to Professor Carmella. She notes that opponents of Bible literacy laws are suspicious of the reasons behind them, believing they are being enacted for religious purposes as a way of proselytizing students or giving religious instruction.

“Many people are still upset that prayer and Bible reading were removed from the public schools, and there have been many efforts over the years to return them to schools,” Professor Carmella says. “Critics see these legislative efforts as a continuation of earlier ones, and are particularly concerned with offending religious minorities and dividing students based on religious identity.”

Glossary Words
proselytize: to try to convert someone to one’s own religion, opinion or political party.
secular: not sacred or concerned with religion.