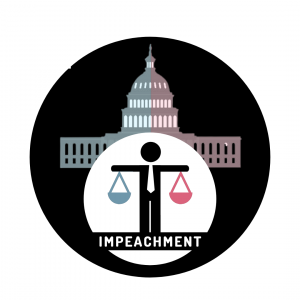 The bar to remove the President of the United States from office via impeachment is high. The framers of the U.S. Constitution made it that way intentionally, which is why the impeachment of a president is rare.

In our nation’s history only three presidents have been impeached. Those presidents are: Andrew Johnson in 1868, Bill Clinton in 1998 and Donald Trump in 2019. The final outcome of all three impeached presidents has been the same. All were acquitted in their Senate trials and remained in office. Another president, Richard M. Nixon, would have surely faced impeachment but resigned in 1974 to avoid the possibility of being removed from office.

According to Keith Whittington, a political science professor at Princeton University who has written on impeachment, the framers of the U.S. Constitution were “motivated to include an impeachment provision in the document because of their concern about the possibility of a president abusing the great powers of his office and the risks of having to wait to the natural end of his term to remove such an individual.”

The concept of impeachment comes from English law where it was used to place a check on the power of the king and his appointees. In 1787, when the Constitutional Convention was convened in Philadelphia, the English Parliament had just opened an impeachment investigation against the Governor of India. So, it was on the minds of the framers as they hammered out the new U.S. Constitution.

In his book, Impeachment: A Citizen’s Guide, Cass Sunstein writes, “With monarchial history looming in the background, they [the framers of the Constitution] greatly feared a king….They were gravely concerned about the possibility of abuse. They insisted on safeguards in the event that things went badly wrong. The impeachment mechanism was the most important of these safeguards.”

What the Constitution Says

Article II, Section 4 of the U.S. Constitution states: “The President, Vice President and all civil officers of the United States, shall be removed from Office on Impeachment for, and Conviction of, Treason, Bribery, or other high Crimes and Misdemeanors.”

The framers of the U.S. Constitution went back and forth on the language used in Article II. In fact, it wasn’t until later drafts of the document that they settled on “high Crimes and Misdemeanors.” Before that, the Article read: “…Treason, Bribery, or maladministration.”

In a blog post for Lawfare, Professor Whittington wrote, “Madison and others were concerned that the president not become as subservient to the legislature as the early state governors often were, and so did not want impeachment and removal to be too easy. ‘High crimes’ seemed to capture the range of potential dangers that concerned Madison and others, without leaving the president vulnerable to impeachment over routine political and policy disagreements.”

The term “impeachment” is a big word but it simply means a charge or an accusation. Article I, Section 2 gives the sole power to impeach to the House of Representatives, which just means that the House is the entity that brings the accusation of wrong doing, spelling them out in articles of impeachment. The vote for impeachment by members of the House is by a simple majority.

Article I, Section 3 of the Constitution gives the power to try all impeachments in the U.S. Senate. It’s important to understand that the trial in the Senate is to determine whether the accused should be removed from office, not whether to impeach them. The House has already impeached the person. As laid out in the Constitution, the vote for conviction, in other words to remove someone from office, must be with a two-thirds majority vote of the senators present. Today, that would mean 67 of 100 senators would need to vote affirmatively for removal (if all were present). If that threshold is not met, the person remains in office.

The third step in the process is the Senate trial, where the senators act as jurors and listen to all the evidence, which is presented by House managers who are appointed by the Speaker of the House. The process is similar to a regular trial in that the House brings the indictment, the House managers act as the prosecutors in the case and then the Senate, acting as the jury, renders a decision.

While Andrew Johnson was the first president to be impeached, the first presidential impeachment resolution was actually brought in 1842 against President John Tyler. A representative in the House accused President Tyler of being “utterly unworthy and unfit to have the destinies of this nation in his hands.” The resolution prompted an investigation that found “gross abuse of constitutional power” but the House of Representatives declined to pursue impeachment.

Three years after the Civil War ended, in February 1868, President Johnson became the first president to be impeached. Assuming the presidency after President Abraham Lincoln’s assassination, Johnson abandoned the former president’s agenda, declaring America “a country for white men.” During his presidency, he suggested deporting the newly freed slaves, pardoned more than 7,000 Confederate soldiers or sympathizers and suggested his political rivals should be hanged.

Not Just for Presidents

Article II, Section 4 of the Constitution mentions “all civil officers of the United States” as being subject to impeachment. Civil officers include cabinet members, judges and Supreme Court justices.

The U.S. House of Representatives has impeached 20 officials, the first being William Blount, a U.S. Senator from Tennessee, who was impeached in July 1797 for conspiring with Great Britain in an attempt to seize the territories of what would eventually become the states of Florida and Louisiana. After the House impeached Senator Blount, the Senate expelled him by a vote of 25 to 1. Even though he had been expelled, the Senate proceeded with a trial.

According to the U.S. Senate’s website, “In a narrow vote, the Senate defeated a resolution that asserted William Blount was an impeachable officer. In this vote, the Senate failed to make clear whether its decision stemmed from a belief that no senator could be impeached or from the belief that someone who ceased to hold ‘civil office’ also ceased to be impeachable.” The charges against Senator Blount were dismissed for lack of jurisdiction.

Congress hasn’t spent a lot of time impeaching cabinet members—just one, Secretary of War William Belknap in 1876—because people in those positions are more easily removed by other means, according to Professor Whittington.

Federal judges, Professor Whittington notes, are the most frequent targets of impeachment. Of the 20 officials impeached by the House, the Senate has only convicted eight and all were federal judges. In March 1803, John Pickering, a U.S. district court judge in New Hampshire, became the first judge to be removed from office via impeachment. Judge Pickering was impeached on charges of intoxication on the bench and unlawful handling of property claims.

“Presidents have to face the voters, and have substantial political resources to resist an impeachment attempt,” Professor Whittington says. “Federal judges, by contrast, have life tenure and less political leverage with Congress. A federal judge who is immersed in scandal but who refuses to voluntarily resign his or her position cannot be removed by any means other than the impeachment process.”

Professor Whittington also notes that the impeachment of federal judges is “far less controversial and partisan than the presidential impeachments that we tend to remember.”

So what happens to the rulings made by an impeached judge? According to Professor Whittington, even if a judge is impeached and removed the rulings are usually not affected.

“Some judicial rulings might be shown to have been abusive or to have been rendered from corrupt motives,” Professor Whittington says. “If so, that might provide the basis for appeals or motions to reconsider some of those rulings within the judicial system, but the impeachment itself would not displace or alter any of those judicial rulings.”

What about at the state level? The mechanism for impeachment laid out in the U.S. Constitution does not apply to state government officials. Professor Whittington says that each state constitution has its own impeachment provisions.

“Some state constitutions include language that suggest a wider array of impeachable offenses than would generally be recognized in the federal system,” Professor Whittington says.

One final note on impeachment, the U.S. Constitution states: “Judgment in Cases of Impeachment shall not extend further than to removal from Office, and disqualification to hold and enjoy any Office of honor, Trust or Profit under the United States; but the Party convicted shall nevertheless be liable and subject to Indictment, Trial, Judgment and Punishment, according to Law.” This means that the only consequence of an impeachment in the House and a trial in the Senate can be the removal from office. Congress cannot impose a jail sentence. However, if the person removed has committed a crime they can be prosecuted in a criminal court.

Glossary Words
acquitted: cleared from a charge.
appeal: a request that a higher court review the decision of a lower court.
conviction: the result of a criminal trial where the accused or defendant is found guilty by a reasonable doubt.
impeachment: a charge or an accusation.
indictment – an official, written accusation charging someone with a crime.
jurisdiction: authority to interpret or apply the law.
maladministration: a corrupt or incompetent administration.
monarch: a constitutional king or queen.
repealed: revoked. A law that is repealed has been withdrawn or cancelled and is no longer a law.
partisan: someone who supports a particular political party or cause with great devotion.
subservient: useful in an inferior capacity.