Making Your Choice and Your Vote Count 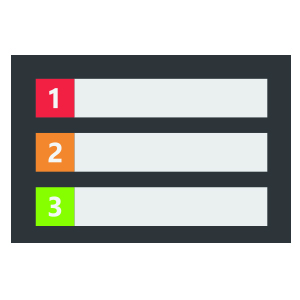 It’s 2020, an election year, so once again the nation’s attention turns to the way Americans vote and electoral reforms to make that vote count.

One electoral reform that is usually front and center is the use of ranked choice voting (RCV), sometimes called instant runoff voting (IRV). For our purposes, let’s call it RCV, which is a voting method that allows voters to rank candidates in an election in order of preference.

Here’s how RCV works. Say there are four candidates running for mayor—one each from the Red Party, the Blue party, the Green party and the Purple party. Once the votes are counted, if one of these candidates wins an outright majority (more than 50 percent), then that’s it and we’re done. If, however, no candidate wins an outright majority, under RCV the candidate with the least votes is eliminated. The second choice of whoever voted for the eliminated candidate would be counted instead.

According to FairVote, an organization that advocates for electoral reform, there are municipalities in 11 states that currently use RCV for local elections and six states have opted to use it for the 2020 Democratic Primary. In November 2019, New York City voters approved a measure to use RCV for primaries and special elections beginning in 2021. New York City is the largest city to employ this voting method.

Christina Greer, a political science professor at Fordham University, told Politico that RCV has the potential to increase voter turnout.

“It makes the political process more robust, because you can’t have a candidate who says, ‘I’m just going to cater to Brooklyn, and I know they’ll come through for me,’” Professor Greer said. “They can’t campaign just for their particular borough or their particular constituency. They’re going to have to diversify who they reach out to.”

RCV is not without its detractors. Many believe the system would cause confusion and is too expensive, requiring special computer software or counting the vote by hand, which could lead to errors.

Others believe the pros far outweigh the cons. The League of Women Voters, for example, contends that RCV promotes majority support and discourages negative campaigning. A candidate that might potentially need to be a voter’s second choice would not want to insult that voter’s first choice candidate.

In addition, RCV would avoid what is called a “spoiler candidate.” The United States has two major parties—Republican and Democrat. A “spoiler” or third-party candidate is one not affiliated with either of these parties. When there is a “spoiler” in the race, often times that candidate will take votes away from one of the major parties but generally doesn’t have enough support to win outright. With RCV, voters may be more willing to vote for a third-party candidate since their vote would not be wasted in a second round.

Fun fact: The Academy Awards has used a choice voting method to determine its nominees in all categories since the 1930s. Since 2009, it has used RCV to select its Best Picture winner.

Tested in the courts

The constitutionality of RCV has been tested in the courts. In 2010, the method was upheld in San Francisco and it has survived challenges in Minnesota and Massachusetts, as well.

In 2016, Maine voters approved a measure to implement RCV beginning in 2018 for primary and general elections for governor, U.S. Senate, U.S. House of Representatives and its state legislature. Prior to this, a state had not instituted RCV at the federal level. In 2017, the Maine Supreme Judicial Court advised that according to its state constitution, elections for governor and state legislature did not require a majority vote, only a plurality.

The state legislature voted to delay implementation of RCV on the federal level in the state until 2021. Maine voters collected signatures to force a veto referendum in the state, and ultimately in the 2018 general election RCV was used to elect all state and federal officials. In August 2019, the Maine legislature passed a bill adopting RCV for presidential primaries and the general presidential election. In 2020, it will be the first state to use the RCV method to choose a president.

Glossary Words
electoral reform: a change in an electoral system to improve how the public votes and how their wishes in an election are expressed.
plurality: number of votes received by a candidate who receives more than any other but does not obtain a majority.
referendum: the referral of a measure to the voters for approval or rejection.