Battling Over How to Elect a President 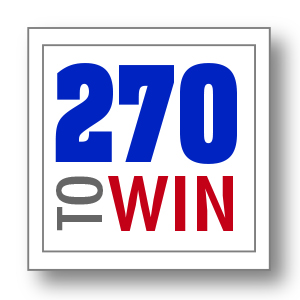 The debate on how the President of the United States should be elected is almost as old as the country itself. Contrary to popular belief, voters do not elect the president and vice president directly; instead, they choose electors to form an Electoral College where the official vote is cast.

During the Constitutional Convention of 1787, a few ways to elect the chief executive were discussed. One way was to let members of Congress select the president and another was direct election by the people.

In an opinion piece for The Washington Post, Joshua Spivak, a senior fellow at Wagner College’s Hugh L. Carey Institute for Government Reform, wrote that according to James Madison’s notes, “there was very little support for a popular election of the president.” Madison preferred that congressional members elect the president, but it was Alexander Hamilton who proposed a sort of compromise and the system we use today—the Electoral College. Hamilton, according to Spivak, was worried about corruption. “Having the [presidential] selection spread among the states rather than in the compact Congress would help ward off the dangers of ‘foreign powers’ gaining ‘an improper ascendant in our councils,’” Spivak writes.

The Electoral College does not have a campus and is not the type of college that you can obtain a degree from. It is a body of electors that gathers every four years to select our nation’s top two heads of government—president and vice president. Each political party at the state level nominates electors who are usually long-standing supporters within the party. There is a slate of Republican electors and a slate of electors for the Democrats in every state. Each state has its own laws governing that nomination process, but under federal constitutional law, an elector cannot be a member of Congress.

How the election really happens

“Most Americans don’t understand how we elect a president,” says Eugene Mazo, a professor at Rutgers Law School and an expert in election law and the voting process. “Basically what they [the framers] said was we’re going to elect these electors.”

Before the 1970s, the names of electors appeared on the ballot, Professor Mazo explains, and you voted for electors to cast their ballots for whoever receives the popular vote in that state. Today, the presidential candidates’ names appear on the ticket, but voters are really choosing electors from that party to cast a ballot at a separate election where the winner is finalized. For instance, if the Republican candidate wins the popular vote in New Jersey, then the slate of Republican electors goes to a designated location in the state on the day that Congress sets (usually in December) and casts its electoral votes for the Republican candidate.

So, how many electors does each state have? Professor Mazo explains that under the U.S. Constitution each state has the same number of electors as they have members in Congress. For example, New Jersey has 12 congressmen and two senators, so it gets 14 electors or electoral votes.

Since each state’s electoral total matches its congressional delegation sum, the Electoral College is comprised of 538 members (the District of Columbia is treated as a state under the U.S. Constitution’s 23rd Amendment and is granted three electors). A majority of electoral votes—270—is needed to win the presidency.

Only two states—Maine and Nebraska—stray from the norm, splitting their ballots between the statewide popular vote winner and the victor in each congressional district (two in Maine, three in Nebraska).

“If you looked at a map of Maine on election night [2016], it would not have been red or blue, but purple because Maine assigned three votes to Hillary Clinton and one vote to Donald Trump,” Professor Mazo says. “Hillary Clinton won the popular vote in the state and then in one congressional district she got the most votes. But in the other district Donald Trump got the most votes, so that electoral vote went to him.”

The U.S. Constitution does not specifically stipulate that states need to have a winner-take-all or a split vote system for deciding who wins electoral votes. That is left for each state to decide.

Are the College’s days numbered?

Since its adoption in 1787, the Electoral College has survived more than 750 attempts to either reform it or abolish it, according to the Congressional Research Service. One proposal in 1808 would have limited a U.S. senator to one three-year term and called for the Senate to select the president from among the outgoing senators. Other proposals, one in 1822 and another in 1860, called for the selection of the president from rotating regional areas. In other words, in one election cycle the president would come from a northern state and then in the next cycle from a southern state. All of those efforts failed.

What is gaining support among Americans is the concept of electing the president via popular vote. Surveys from Marist (2016), Pew Research (2018) and Gallup (2019), all have support for a national popular vote system at more than 50 percent among the American public. One of the main drivers of a national popular vote system has been the handful of times a presidential candidate has won the popular vote but lost the election. Such a result has taken place five times in the nation’s history, the first in 1824 and the most recent occurring in 2016.

Using New Jersey as an example again, if the Republican candidate won the popular vote in the Garden State, but the Democrat won the nationwide popular vote. Under the NPVIC, instead of awarding its electoral votes to the Republican, New Jersey would award them to the Democrat. The agreement can only take effect, though, if states representing at least 270 electoral votes participate. So far, 15 states (New Jersey was the second state to join) and the District of Columbia, representing 196 electoral votes, have joined the Compact, according to FairVote, an organization that advocates for electoral reform.

Compact advocates argue the national popular vote system will force candidates to campaign everywhere in the country, rather than in select “battleground” states. But critics of the plan question whether a smaller, less populous state like Montana would have an incentive to join because it has a larger share of electoral votes than its share of the nation’s population.

“Election by state electoral votes rather than popular vote advantages some states,” notes Bernard Bell, a Rutgers Law School professor and constitutional law expert. “In particular, it advantages ‘swing states,’ that is, states closely divided between Democrats and Republicans, and small states. Such states get much more attention from presidential candidates than they would probably get if the only thing that mattered were the nationwide popular vote.”

Professor Bell thinks a nationwide popular vote might encourage candidates to mainly campaign where the most people are, which is in large cities and the suburbs, leaving out the smaller states.

“States with small populations would likely not support changing the basis of electing the president to a nationwide popular vote,” Professor Bell says. “And swing states, like Florida and Ohio, may not find popular election appealing either for similar reasons.”

The power struggle between large and small states in presidential elections could be problematic for the NPVIC movement, experts say. Without the Compact, the only way to achieve a national popular vote system to elect the president would be by constitutional amendment—a particularly difficult and unpopular option.

“The U.S. Constitution is extremely difficult to change,” Professor Bell says pointing out that it requires a two-thirds vote in both the U.S. House of Representatives and the U.S. Senate and then ratification by three-fourths of the states.

Glossary Words
ascendant: rising power or influence.
Electoral College: the body of people, representing the states, who formally elect the president and vice president of the United States.
electoral reform: a change in an electoral system to improve how the public votes and how their wishes in an election are expressed.
plurality: number of votes received by a candidate who receives more than any other but does not obtain a majority.
ratification: the action of formally signing a contract or agreement to make it official.