DC Residents—Taxation With Some Representation 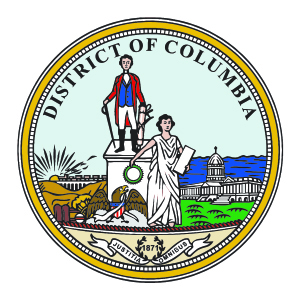 The United States was born in rebellion, so it is fitting that the origins of the nation’s capital can be traced back to a rebellion as well.

In 1783, while the Continental Congress was meeting in Philadelphia, 400 soldiers who were angry over not being paid for their Revolutionary War service, descended on the meeting. The members were forced to flee to Princeton, NJ as a result, since the state of Pennsylvania refused to offer protection.

In 1787, when the framers of the U.S. Constitution were debating the location of the nation’s capital, they would remember the incident in Philadelphia and decide that the seat of the federal government should be under federal control, not dependent upon any state for protection.

Article I, Section 8, Clause 17 of the U.S. Constitution, referred to as the “District Clause,” reads: “The Congress shall have Power…To exercise exclusive Legislation in all Cases whatsoever, over such District (not exceeding ten Miles Square) as may, by Cession of particular States, and the Acceptance of Congress, become the Seat of the Government of the United States…”

Several Northern and Southern states offered land for the location of the federal government; however, in 1790, Alexander Hamilton and James Madison cut a deal with Thomas Jefferson in the role of mediator. Over dinner, Jefferson brokered an agreement where Hamilton would receive support for his Assumption Act, which would require the federal government to assume all state debt incurred during the Revolutionary War; and Madison would receive support for the Residency Act, which would place the capital in the South.

Maryland and Virginia gave 10 square miles to establish what would eventually become the District of Columbia or Washington, DC. In 1846 Virginia would retrocede its land, so the territory that makes up DC today once belonged entirely to Maryland.

Between 1790 and 1800, residents of the district, who were no longer citizens of any state, were still able to vote in their previous state’s elections. With the Organic Act of 1801, the national government moved to its permanent site and the district was officially placed under the control of Congress—that is when DC voters became disenfranchised. They were not allowed to vote for President of the United States and had no control over local elections either.

When Alexander Hamilton realized that the residents of the new seat of government did not have representation in Congress, he proposed an amendment that would grant them voting rights when the district achieved a certain size. The amendment did not pass. Washington, DC residents would be disenfranchised for the next 160 years until the ratification of the 23rd Amendment in 1961.

When the federal district was first established, it had approximately 5,000 residents. By 1960, it had more than 700,000. That’s a lot of citizens with no representation who still had to pay federal taxes.

The 23rd Amendment, which was passed by Congress in 1960 and ratified by the states in March 1961, treats the District of Columbia as if it were a state for the purposes of electing the President of the United States. The Amendment gives the District “A number of electors…equal to the whole number of Senators and Representatives in Congress to which the District would be entitled if it were a State, but in no event more than the least populous State.” Congress still retained control over the District and its laws.

According to a 2007 Congressional Research Service report, “as early as 1801 citizens of what was then called the Territory of Columbia voiced concern about their political disenfranchisement.” It wasn’t just about electing the president, but about representation in Congress as well.

In 1871, DC was given a delegate to Congress, but that representation was terminated in 1875. Then in 1971, the federal district was granted one non-voting delegate in the House of Representatives, which they still retain today. Non-voting members are allowed to participate in some functions of the House of Representatives, including introducing legislation, speaking on the House floor and voting in committees. He or she is not allowed to vote on legislation. So, what’s the benefit here?

“By being aware of what’s going on you are having influence,” Brian Cige, a constitutional law attorney, says. “You’re better off knowing what’s going on [and participating even on a limited basis] than not having a representative at all.”

Cige says “taxation without representation” only applies to states, which DC is not. He believes that as soon as the land was ceded to the federal government, the rights of the people who lived there were converted from the rights of citizens in a state to the rights of citizens who live in a U.S. territory. He acknowledges that DC is not identified as a territory but says that’s essentially what it is and how, for the most part, it is treated.

In 1820, the U.S. Supreme Court weighed in on DC’s “taxation without representation” claim and decided it was not the same as the British taxing colonists, ruling “…and certainly the constitution does not consider their want of a representative in Congress as exempting it from equal taxation.”

The nation’s capital has representation, Cige says, they are just represented differently. He also points out that DC enjoys more representation than other U.S. territories, which are not provided electors to vote for President of the United States. U.S. territories include, Puerto Rico, Guam, Northern Mariana Islands, U.S. Virgin Islands and American Samoa.

More than 150 constitutional amendments addressing the disenfranchisement of DC voters have been introduced in Congress since the late 19th century. While the 23rd Amendment took care of voting for President, other proposals would have given the district full representation.

Only one, the 1978 DC Voting Rights Amendment, which would have granted representation to the district in both houses of Congress, treating it as a state, was sent to the states for consideration, with a seven-year deadline for it to be ratified. When time expired on the amendment in 1985, only 16 states had ratified the proposed amendment, far from the 38 needed.

While DC is still under the control of Congress, in 1973 under the District of Columbia Home Rule Act, it was allowed to elect its own mayor and establish a 13-member Council of the District of Columbia. The Act specifically prohibited the Council from enacting certain laws, including instituting a commuter tax on individuals who work in the District but live elsewhere. More than 60 percent of DC’s workforce is made up of non-residents. Congress also retains the power to veto any law that the Council passes.

Population-wise, Washington, DC has more citizens than the states of Vermont and Wyoming. Residents of DC overwhelmingly support it becoming the 51st state in the union and began pursuing statehood in the early 1980s. There are several obstacles which prevent that from happening, including the belief that it would violate the District Clause, which states that the federal seat needs to be separate from the states for safety reasons (remember the Philadelphia soldiers).

Cige also says that with the partisan atmosphere in politics today, he doesn’t see it happening. Still, DC’s non-voting delegate has introduced legislation many times which would make DC a state and provide them with two senators and at least one voting member in the House of Representatives. If DC were to become a state, it would be a long road with many hurdles to overcome.

Glossary Words
cession: the formal giving up of rights or property.
disenfranchise: to deprive of a privilege or right.
partisan: a strong supporter of a party, cause or person.
ratified: approved or endorsed.
retrocede: to take territory back again.
veto: a constitutional right to reject a decision or proposal.